There are the first 5 random gods I made using the new God Generator, now available in the Store. 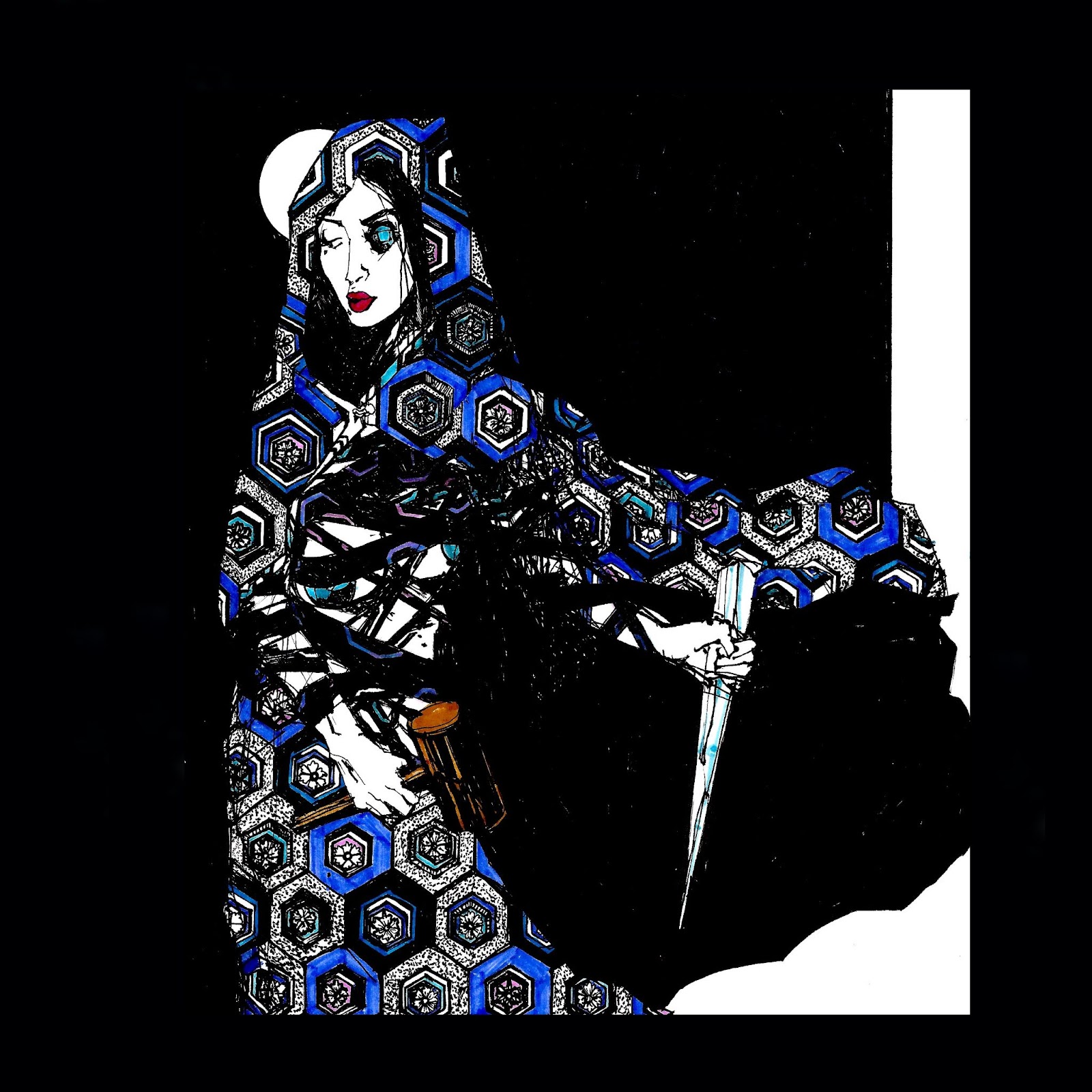 Worshipped under various names in the Eastern half of the Cube, the Sister of Infinite Punishments is assigned the task of disciplining liars and oathbreakers. She is a patron to assassins, executioners, torturers and all who employ them in the name of justice.

The sacred frieze of ice sculptures  known as the Cold Jataka tells the tale of how she executed the Emperor who plucked out her left eye by infiltrating his palace with the aid of a magic cloak and hammering an icicle into his brain as he slept. In temples devoted to her in warmer climes, porcelain figures of the goddess with one artificial eye of pale sapphire and nipples of lapis lazulil hold wooden hammers, icicles carved of diamond or crysta, and cloaks of patterned silk.

She is said to devour any who do not worship her and her fearsome  devotees sacrifice night birds in her name. However, they must always be kind to children, as only an adult may break an oath.

Clerics doing her work in the world may choose Unseen Servant, Sleep. Cause Light Wounds, or a limited Detect Lie (only works on the last 10 minutes)  as a bonus spell at first level. 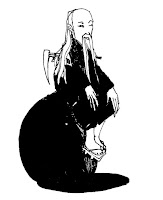 It is said that The Preposterous Grandparent sits on a black egg atop the highest peak in every mountain range in the Imperial Lands (no-one has ever climbed two disparate mountains simultaneously to check) and that anyone who can make the Grandparent laugh hard enough to fall off the egg will be granted the ability to raise one friend from the dead.

The Grandparent despises ogres, oni, and ogre-mages as they have no sense of humor and often insult the wood-spirits with whom he prefers to spend his time. The Grandparent battles these monsters with a pick-axe and will occasionally use his ability to possess worshippers to warn villagers if such a creature is nearby. In return, the Grandparent demands that these followers amuse him in various way ( they can only eat food if it is baked into pies and must spend at least one day a week intoxicated by mushrooms) as well as  sacrifices of mined gems. He has no time for anyone who does not appreciate him and his clerics cannot aid such infidels with their magic. 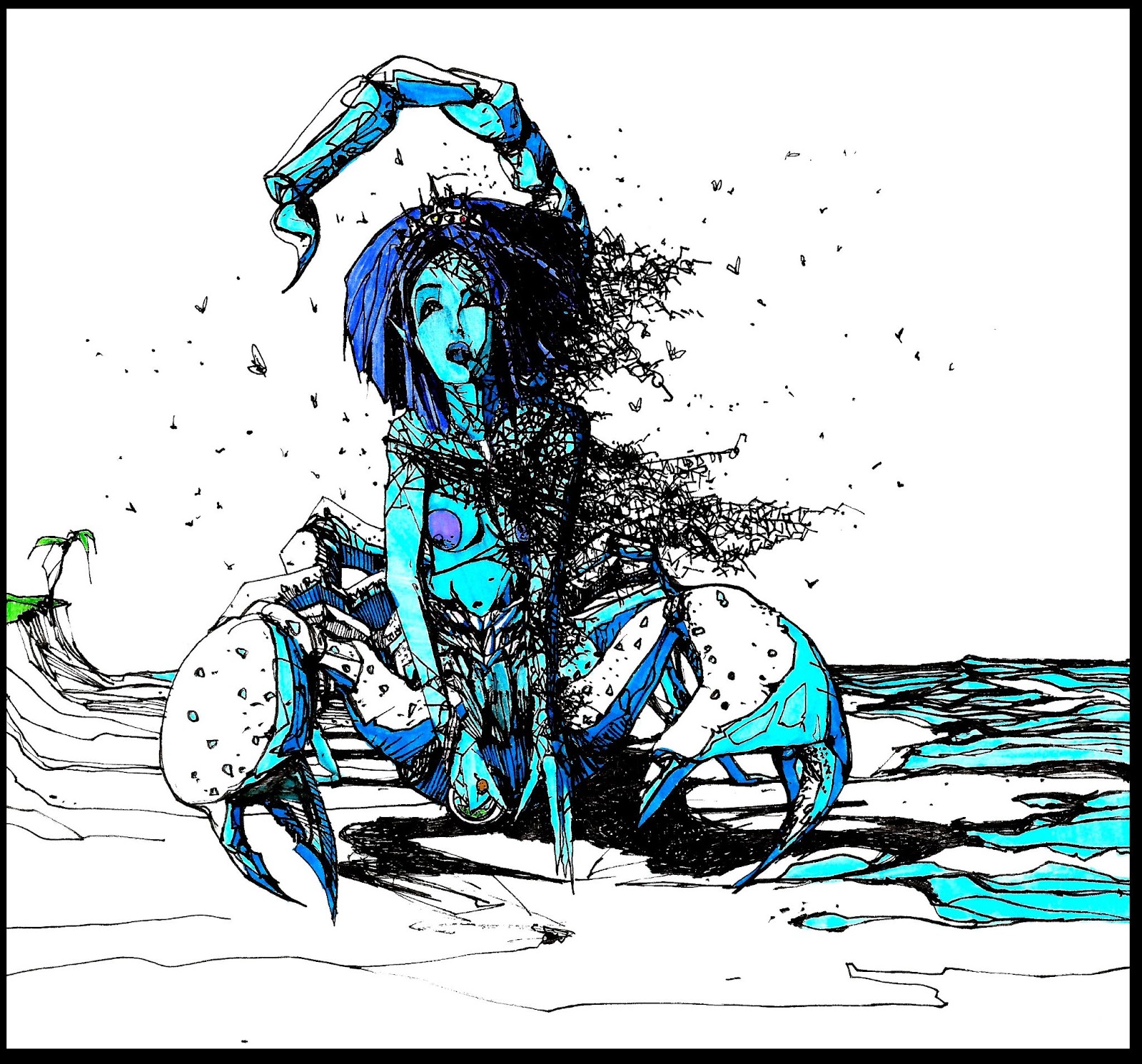 Nyaa of the Two Temperaments

Sea Elves and Elves of the Drownesian Isles who wish to sail must seek the favor of Nyaa of the Two Temperaments, though she is deaf to all entreaty and will always do as she pleases. She is both toothsome and terrible, half-woman-half-scorpion, wreathed in a net that cannot hold her, with a toothed maw like a scar across her belly into which she feeds sailors who have drowned as she crawls the sea-floor, after stinging any who survive to death with her poison tail. All fish do her bidding and a cloud of scavenging flies follows her at all times. She carries a stoppered vial containing the tears of fisherman’s widows.

Clerics devoted to can gain Purify Food and Drink as a bonus spell or else gain the ability to become amphibious but in return they must never mention the sea without bowing in its direction, must always touch anything blue in sight (save the sky, a false god), must always cover their mouths with fabric marinated in salt water and, as befits a sailors’ god, can only travel, fight or work in heterogeneous groups (no two members may have both the same species and gender). 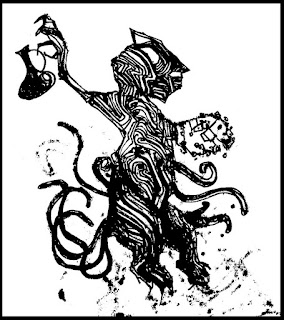 Typically depicted by the Elves of Broceliande as a displacing panther with a cestus in one forelimb, a decanter of wine in the other, and riding a living cloud (called Arhad-Riin) , this urbane god receives the prayers of those who would spite all quiet order and live instead by wit and steel. In the stories of the epic Threll Din Dydnyadd (usually translated in Broceliandaise as “Morally Complex But Largely Entertaining Exploits of a Feline Personage Who Insists On Being Called Strike Overlord”) this patron of both duellists and liars baffles the Goblin King, tricks the elder gods, drinks the Wine of Ceaseless Tumult, and defeats the first lion, tiger, lynx and leopard in single combat.

His clerics receive a boon of either a permanent +1 to hit with a melee weapon or Charm Person as a bonus spell, and in exchange the Lord of Duels asks that they wear a pattern of shifting stripes, offer kindness to children (who are too easy to fool or kill, and so represent no challenge), avoid music (bards suck), and dip all their food in the blood of a defeated foe before eating it.