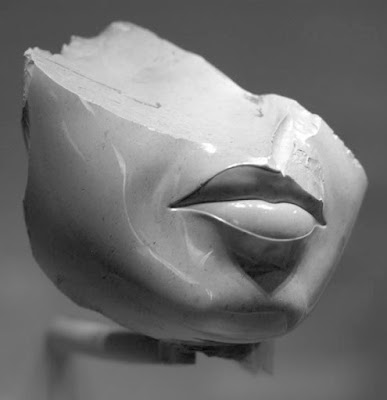 She of the Broken Statues, Queen in the Moon.

When the 12 Medusa sister transformed the primordial demons into the rock from which the world is hewn, a girl accidentally caught their eye. She lives in the sky now, unmoving, gleaming.

Some say she is the eldest goddess, for her idols are the most ancient. Some say that, wait, since like all broken statues are sacred to her and supposed to be her, then maybe those old statues aren't statues of her they're just statues of like random women that broke because they're old and then we found them. Some say Oh fascinating theory wise guy, nice statue of Vorn you got there, would be a real shame if somebody sledgehammered the top of its head off and then hey look at that it's consecrated to the White Lipped Goddess now. Some say Fine, fine, whatever, it's the Queen in the Moon, they're all the Queen in the Moon.

Anyway opinions differ is the point.

The Queen in the Moon, who has a mouth but no face, does not get on well with Vorn. Her children are lycanthropes and sublunary men, she watches, eyelessly, over assassins, orphans and adulterers.

Frozen lakes and shattered fortresses are sacred to her.

Her Path (for 5e clerics) is as follows

8th Level
-Faerie Fire-like effect a number of times per day=Wisdom mod.
14th Level
-You can intensify any moonlight until it's literally blindingly bright for one hour a day (or until "a long rest" if you're playing straight 5e).
17th Level
-Lycanthropes cannot harm you and, on a failed save, must obey your commands until the sun rises. 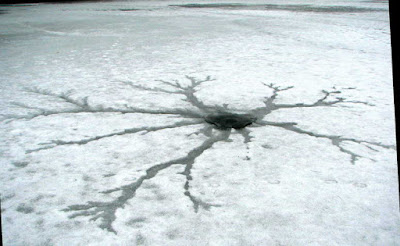