There's a 900,000 gp bounty on the party's heads, from that time they single-handedly destroyed a noble elven family in Nornrik for defying Mandy's frost-giant princess girlfriend.

After some pretending to be zealots of the White-Lipped Goddess, The Alice used her "know one secret about anyone per session" ability to figure out that the murder-crowdsourcing survivor of the doomed house of Rath Orlath was hiding in The Devoured Land.

The girls were eager to meet the Amazons Who Ignore The Words of All Men, but so far have only found:

One contained a starving snow leopard, another contained a lot of beets and a champion rat named Ribboned Jenny, escaped from the fighting pits of Rotting Crowns.

Ranger rolled a 2 to befriend the snow leopard, then just got bored and shot it, but then a nat 20 to befriend the rat so...you win some you lose some? Now she has a rat.

It was an oddly quiet session, but kind of nice--just enough inertia that it felt like the players were genuinely trekking around a frozen doomforest looking for clues. It nicely built suspense. 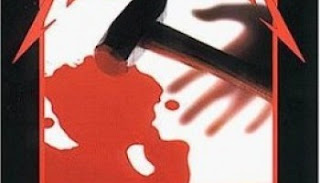 Other group: The Inexplicable Isles. They found themselves (inexplicably) in a dungeon with a guy on a platform in the middle of some lava guarding a narrow causeway. The 12th level wizard incinerated him, then appeared in his place, now compelled to guard the causeway from the other PCs.

Yeah so whoever kills the guardian becomes the guardian (and yeah old trope, fucking works too). But Mandy's there so she's like Wait I have the Hammer Of Exorcism!

She has been carrying this thing since 2011 and has never used it. Which is a shame because it is so. Much. Fun.

Basically you have to beat the possessee in the head with the hammer until they're unconscious and then the evil spirit flees. Also: chance of side effects each round.

Which is hard when the patient is a 12th level wizard who doesn't want you to do that and also funny.

So the party take out years of frustration and inferiority complexes on their acid-spitting mutant wizard and grapple him, regrapple him and eventually tie him up beat the bad thing out of him and then it then possesses the barbarian. Who for some reason I can't remember was carrying the wizard down the causeway when it happens. So he throws the wizard down to run back to the platform and guard it, but throws poorly, so the wizard falls in lava. 3d6 damage on top of having already been beaten unconscious, the hallowed wizard was a cocked die away from permadeath in lava.

Now in a miracle of D&D-time, in the other half of the initiative (possessee goes first), Mandy runs over to the wizard (30 feet, half move) casts Heal and heals him (touch spell) as he is in the lava then wins initiative and rolls a crit success to yank him out. Which technically all can happen since as soon as you see a barbarian about to throw a tied up wizard you start running, that makes sense.

They then beat the shit out of the barbarian and wisely fled, leaving the spirit casting around for someone else to possess. Probably gonna go back in, though. 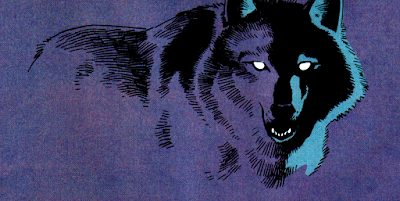 First session of the Everything Is Terrible.

Hannah Von Berlin, electrical-touching mad scientist played by Actual German Matze goes in search of #1 Most-Wanted Jewish Terrorist (or, if you're not a Nazi: Petty Car Thief) The Shocker.  Instead she finds the masterfully deadpan confused everyman Dr Velocity, who pretends to be The Shocker because Hannah seems insane and can fry people like spit pigs just by touching them.

Meanwhile The Sleepless, a paranoiac with a self-programmable endocrine system discovers an ordinary commuter train harbors Morgenstern the Man Who Fell To Earth Only To Be Put On TV By Fascists Who Claimed He Was A Perfect Aryan From the Future And Is About To Betray Them With Plasma.

In what the GM feels comfortable calling a coincidence, all four witness-, and somewhat participate in-, a high speed chase ending in a 3-cop-car pile-up next to a moving train and then kill a bunch of Stadt cops who can't shoot straight.

For lack of anything better to do, our heroes go look at a massacred underground cell in a brownstone. Then our heroes notice they're being watched...

As the moon rises, Sleepless snipes one of these undercover minders white-van only to discover these are no ordinary plainclothes Gestapo but the might Weremacht, skinchanging man-beasts who can only be harmed by silver!

So a lot of brand-new superheroes are about to be eaten by Nazi secret-police wolves, but then two things happen:

1) Morgenstern asks the neighbors where they keep the good silver

2) -False Patrick wakes up and realizes he missed the first half of the game. The Shocker rolls up in a stolen car. And realizes Hey you may not be able to kill that wolf that stopping short just sent hurtling through the windshield but you can sure park a Mercedes i8 on top of it.

...so, breathing heavily, Dr Velocity, Morgensterm, Hannah Berlin, Sleepless and The Shocker survive their first adventure and are about to find out what's in a van... 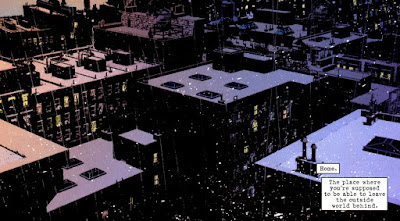 I love that hammer of Exorcism so much, and I am pleased as punch that it was finally used in a game.