Two Dogs, A Hog and A Banshee

One cleric was already a stomach. So Karolyn played the druid's dog.

Party thief--she's very inexperienced. Only played a handful of sessions. 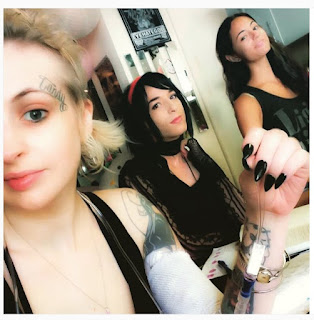 They fought some evil statues with clacky nutcracker faces who ate your stuff. They got through that fine.
Then two things happened:

-The party illusionist goes to get something to eat and the druid has to go early, leaving three.

-The players ended up fighting a weird angel in a room which had a magic portal in it.

During that fight, Mandy--the party's most experienced member--went half through the portal while her anti-magic shell was up. This deactivated the portal with her on the far side. She ended up in another part of the dungeon.

This left the inexperienced party thief and the dog. Fighting an angel. 5e stats for angels are no joke. 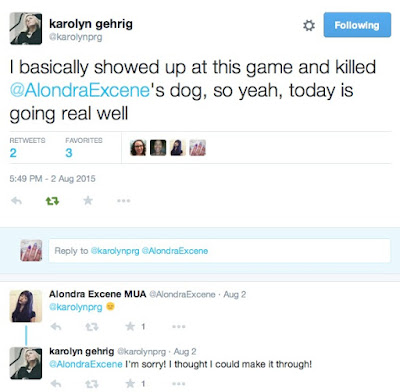 Luckily, the angel is confined to that one room.

Unluckily, in the next room there's a banshee. A re-done banshee. 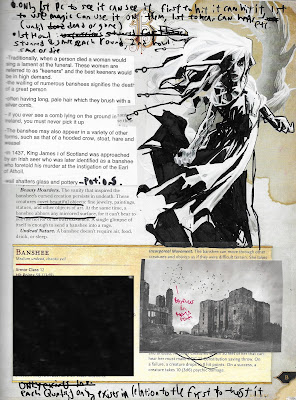 So first thing that happens, of course, is everyone's confused.

Second thing that happens is the pig gets killed by the banshee's wail.

Third thing that happens, is the illusionist (who's comes back from getting food) and Mandy show up from the other direction after bumping around the dungeon.

Karolyn, still lacking a character, now has to play another pet. There's one pig that they've been using as a guinea pig for all the potions they keep finding--it's got one eye and floats 3 feet off the ground--she chooses that pig. This is silly, but hey: every single part of how it got that way is Rules As Written. Oh well. Now Karolyn is that pig.

The banshee begins to wail so only the illusionist can hear, but she has her fingers in her ears.

The thief can see the banshee, but that's all. The illusionist can hear it, but doesn't want to, the cleric can smell it.

Then the pig--trying to cross the room to pick up an arrow the thief saw go clean through it--runs into it.

So: Only the one-eyed floating pig can hurt the banshee.

Because the rules. Possibly also due to this: 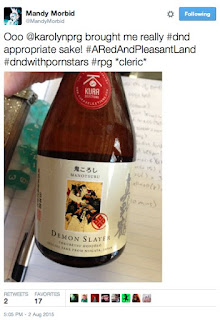 ...the banshee is a dead ethereal drowned elf so not that strong but still is tougher than a pig.

The players develop the following scheme: Everyone leaves but the thief and the pig, then the thief puts on her alignment-switching ring.

They do that. The banshee is now BFFs with the party thief and the floating pig is compelled to attack the thief.

The thief opens the door to the room with the angel in it and tells the banshee to go fight the angel. She obliges.

Then she closes the door and takes the ring off. XP for everyone!

It may be a reading comprehension thing, but what happened with Mandy and the portal? It sounds like she was stuck half in/half out of the portal until the anti magic shell ran out but sometimes I need these visuals spelled out for me.

She ended up in another room elsewhere int he dungeon for a while.

Reading your posts about the games you run is awesome. It's like watching a madcap Series Finale of a show you've never watched before, and then binge watching the whole thing the next day because you just have to see what led up to the end of it all. Does that even make sense? I don't know. I am entertained; also, a little bit drunk.

The weirdest shit comes about when you follow certain things by the book, I find.