What To Do With Kings And Queens 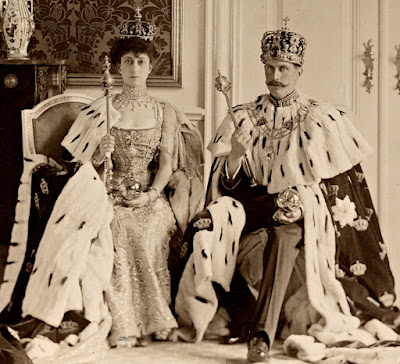 So ever since Jeff posted this method of generating reigns for kings, I've been wondering how to make the depth this adds to the setting immediately gameable.

I eventually decided the best thing to do was start with things you need for your game anyway, then attach them to the eras, so the eras flesh out the setting elements and the setting elements flesh out the eras (and thus the eras have more character and are easier for you and your players to remember and then you can use this to feed back into the game, like "Oh, hypostyle oubliettes? That's so Lord Vortullak!").

building
dungeon room/area
zealots (people who are enamored of customs/ideas of that era)
trap
undead
breed (i.e. of horse, dog, etc)
construct (old golem)
magic item
creature (something long-lived or immortal, like a demon)
invention
bloodline (people who trace their lineage to someone from the era)
spell
custom

…then devised a process for fleshing them out using a royal chronology. Here it is:


STEP 1:
Put the elements (building, dungeon room, etc.) in any order you like.


STEP 2:
Generate a thing of each type, randomly or choose something, like so:

1. building (I rolled it up using Vornheim)
Cheese factory

2. dungeon room/area (I generated it using Abulafia here)
Viaduct of the Subtle Dread

3. zealots (from Abulafia here)
"The Serpentine Sisters of Love worship a powerful lich"

4. trap (from Abulafia here)
A rigged container/door/opening at the entrance activates a biological mechanism in order to sound an alarm.

5. undead (I kept making monsters from The Forge here until I got an undead one)
Ghoul

STEP 3-
Generate a monarch (and quirk if indicated) for each thing...

3. "The Serpentine Sisters of Love worship a powerful lich"
37 yrs

4. A rigged container/door/opening at the entrance activates a biological mechanism in order to sound an alarm.
18 weeks
a new religion was founded during this era 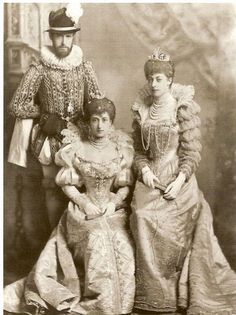 Figure out what you can based on the things and the reigns, starting with the oldest and moving forward...

1. A 2 year reign suggests a period of instability, and a cheese factory that old suggests a truly hallowed variety of cheese. There was probably an incursion from less-prosperous neighbors against these luxury-obsessed cheese-eaters with their feeble new king.

2. The war ended with a marriage, the new monarch lasted a long time and built a great empire, including the viaduct, part of a road which fed a fortress (a keep, literally on the borderlands) built to keep out the enemies of the two newly-joined houses, which has been buried and is now part of a dungeon.

3. Clearly the Powerful Lich was once this monarch of 37 years.

4. The new religion was the one spawned upon the death of Ruler #3, who returned as a lich.
The trap likely guards secrets of the lich's cult. Likely, the cult's activities were responsible for the shortness of this reign.

5. Another short reign: This ruler, a member of the lich cult, was slain in an eventual return to order, but lives on as a ghoul, as a gift from the Lick King.

6. The restoration of non-creepy-lichcult rule was partially due to the cooperation of mercenaries from over the sea--who rode the hook rhino into war.

7. Things go well during this 16 year reign. The massive Quartz Scatter Titan is built to protect the treasures of a group of prosperous sorcerers.

8. The treacherous and legendary Choking Fist gauntlet cut short the long reign of this monarch. Created by some of those self-same sorcerers and hidden in a suit of fine plate gifted to the king.

9. …plunging the kingdom into war (2 year reign). The Tooth Beast was summoned by one side, and remains bound to kill whoever it believes belongs to the other.

10. During this long but unstable reign, women devised barbed lace to protect themselves from roving brigands.

12. …after 4 years, this monarch--of a house opposed to the Raxxe--died in mysterious circumstances after reading The Book of Several Cloves out loud. In what is likely no coincidence, the spell Abyssal Tome--which transforms the activating words of a given spell from what all wizards know them to be into any words of the caster's choice--dates from this era.

13. Seventh haste is the custom by which the seventh child of a high-born family is sent out on a life of adventure ("hasted on their way" in the parlance of the low districts). It is a kind of gamble. Most die--some return to their families with great wealth, and, once in a while, one manages to learn something out in the world which allows them to protect their homes and families from the terrible supernatural depredations that seem to so frequently afflict this nation.

So, yeah, add a few names and I've got a history.

I also went and automated a version of the process of on Abulafia here, it generates 13 human reigns and some other details using Jeff's tables and some other stuff that was already on Abulafia.
-
-
-
In theory, next entry will be a Mad Max kit.
-
-
-