MadLibMount--You Now Own A Megadungeon

"By an agreement negotiated between James and Autarch, we are proud to release the entirety of Dwimmermount as open game content under the terms of the OGL, a great contribution to the OSR effort that was suggested by cartographer Robert S. Conley."
-Dwimmermount, p. 17

Once upon a time there was a blog called Grognardia. Everybody in the Old School D&D Renaissance read it. (Some of them complained about it and read it, but whatever--it was free.)

Grognardia was really important--it was the go-to place for reviews of cool new DIY D&D products and retrospectives on old ones, introduced tons of people to great D&Dish authors like Jack Vance, and was occasionally wonderfully insightful.

So when Grognardia author James Maliszewski announced he would be crowdfunding the publication of his homemade megadungeon (did he coin that term?) Dwimmermount a gajillion people were eager to hand over tens of thousands of dollars.

To make a long (and much argued about) story short, although most of the levels were sketched out, James had a personal crises midway thru and stopped blogging and Dwimmermount got all messed up and the guys at his publisher had to finish up the project.

Anyway, it is out. And it is big and it is a dungeon and, as it says above, cartographer Rob Conley made sure there was one very special thing about it: it is the only colossal dungeon released on the Open Game License.

What this means in practical terms is anybody can make their own version of Dwimmermount.  The blog that brought so much of the Old School D&D scene together has, after a lot of bad blood, spawned a dungeon which we can all share. Dwimmermount is all ours now.

Which is fucking awesome because it allows us to take it and do stuff like this...

MadLibMount is a project which transforms the huge ruined pile that is Dwimmermount into a search-and-replace dungeon. Basically allowing you to re-skin the dungeon to fit your own campaign in just a few minutes.

Step 1
Cut the entire text below the map and paste it into a word processor--without reading it first!

Step 2
Use the Find-Replace function on your word processor to replace each of the descriptive terms below in parenthesis with one that fits your setting in the text throughout the entire document. So, like if you were running an Egyptian setting you could replace (MainVillain) with "MummyLich" or ~(InterestingSubstance) with "blood from the sun".

Step 3
Pick or make a map--the maps in Dwimmermount are open-game content but you can use the map I made (which is totally different but has the same number of rooms and the important connections are in the same areas), or you can draw your own 68-room map (with rooms anywhere). I have marked rooms which need to be connected in order for the dungeon to make sense in bold below.

Step 4
Enlarge the map and read your new dungeon. Report any bugs here. Add in any stuff you like (the Uncommon Perplexities table in Red & Pleasant Land is good for making things weird fast). Note that since only level 1is shown here, obviously references to other levels lead off the map to stuff I haven't done yet.

Step 5
Pick an entrance and run it.

4. Dusty. Save or sneeze/cough for d4 rounds. Wandering monster check for every sneeze.

6. 2 (GoodHumanoidFaction)s turned to (InertSubstance). Weapons usable if bodies smashed. 3 dead allies of theirs in Rm 16, 1 survivor in Rm 68, 2 survivors in Level 2a, Rm 22

8. Chapel to (LocalDeity) 3 (SacredConstruct)s attack anyone not bearing symbols of (LocalDeity). Secret door to 9 behind altar.

9. Approx 700gp worth of treasure. Head of (LuckyDeity) usable in Rm 1. (HorriblyCursedMagicItem).

14. Murmurs in ancient language of (RelictArchitectFaction), bones of same. Burying bones outside dungeon results in (Blessing) of (WarDeity).

Six (MundaneItems) in (ExoticMaterial) touching them releases memories of this place:

19. Library. Useful texts:
-Text on subject specialized in by (CharacterClass). Member of (CharacterClass) reading it gains 500gp.
-Map to birthplace of (LocalDeity) worth 500gp to a sage.
-Partial wizard scroll: 50% of (ProtectionSpell) 50% of erasing lowest level spell of user.
-A book about (TechnicalSubject)

21. 3 small machines. Messing with them triggers d4 rounds of noise (wandering monster check) and gust of scalding steam d10hp save for half.

24. Many (InconspicuousRoomFeature)s one is hollow, containing 110gp.

25. 3 Murals of (RelictArchitectFaction). Carefully examining one reveals key to Rm 7.

35. Search reveals alcove in which is hidden reliquary containing (MinorHolyRelic).

36. Shrine to (LuckyDeity). 82gp in hands. Adding coins grants donor blessing of (LuckyDeity) for 24 hrs. Only may be received once. Take coins: rocks fall 2d6 damage, save for half. Resets. (WimpyHumanoidFaction)s avoids this room.

37. Spring of (ScaryMagicLiquid) . One gallon. If you travel down the tube to the source, there's a chart which I haven't got here yet.

38. 16 (WimpyHumanoidFaction)s, zealously guarding area leading to 41 and (MinorDemonBoss) about 2gp between them. They have flaming oil.

39. Between Rms 38 and 41. 4  Negligible treasure. (AnimalIntMonster)s which attack anything that isn't a (WimpyHumanoidFaction).

41. (MinorDemonBoss)--will attempt to seduce PCs with promises of power. 110gp and (Shape)-shaped, runecarved item that operates the elevator in Rm 56. Can only be entered from Rm 39.

49. Clean, untouched-looking room. Detects as magic.  Time does not pass here. (Or make up another effect).

54. Crack. 6 bubbles of (ScaryMagicLiquid) . Do d6 damage to anyone coming w/in 5 ft and failing a dex check. Each exploding bubbles has a 2 in 6 chance of setting off another bubble.

56. Contains an elevator. Symbol matches (Shape) from Rm 41. Leads to Level 4  Rm 13 and Level 0 Rm 1. Elevator doors can be opened with the(Shape) or by force. Only using the (Shape) and restoring power in Lvl 4 Rm 14 or Lvl 6b RM 40 allows you to operate the elevator but there's a 250 ft shaft full of slime you could climb thru.

59. Voices debating (TechnicalSubject) . Placing a book about it on table makes voices disappear and grants boon of (CleverDeity).

61. (SpookyObject) carved with runes decipherable to those who learned the language in Lvl 5 Rm 19. Touching it causes (BalefulEffect) to a creature for d6 turns. Roll wandering monster check every turn PCs are here.

64. Metal face of (AnyCreatureWithAMouth) emits unintelligible sounds. Lubricating it will make it say, in the language of (RelictArchitectFaction) : “Ask a question, if you have one. I’ll answer truth- fully, but then you’re done.” It answers one question per day in the language of (RelictArchitectFaction) . Only knows that language, only knows out of date info about this dungeon. 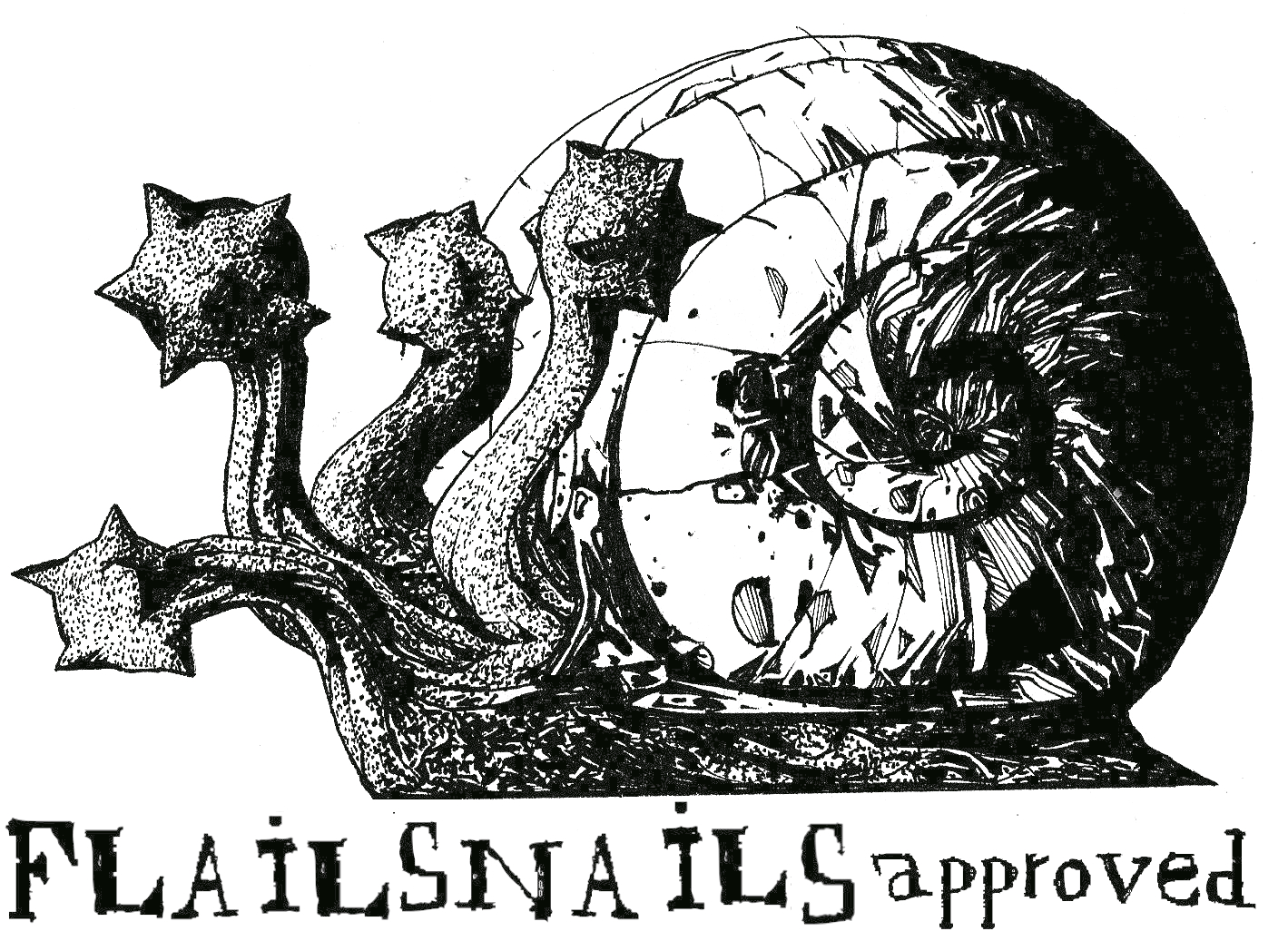 The words “Autarch” and “Dwimmermount” are product identity in accordance with section 1(e) of the Open Game License version 1.0a and are trademarks of Autarch LLC and Dwimmermount is a trademark of James Maliszewski

Looking forward to try this out. Probably won't sleep now, which is sweet when i can play with this stuff.

Excellent! Thanks for getting the word about this out. The point of the exercise to get people to use it and this will certainly help with that.

Step 3. I'm not getting, but I can be a bit of the stooge. It seems to indicate that there is a map generating component which happens through the remaining steps, but that isn't it is it? Just not sure how to implement the steps after generating the unique text block.

do you see the 2 maps there? you can use either one.

or you can take a pen and draw one

What do you do with the 'fuck all' rooms?

"Your torchlight extends 30 feet into the room, you see nothing at first. It seems quiet."
"I move forward, carefully"
"There appear to be 3 exits north, south and west, the west door has a faint whirring coming from it"

ah ok, thx. English is not my native language, so i didn't catch that meaning.

Sorry, but am I missing something here? Can't find how to get this - Rob Conley's Batintheattic doesn't list it - where can one download/purchase? Thanks.

i don't know, but i bet if you google "buy dwimmermount' it'll come up

Yeah,sorry, thanks for your reply - my earlier googling somehow fucked up ??- but it's all there on Drivethrurpg etc.