These Are The Days, This Is The Hour

I LOVE THIS, SHOW PEOPLE THIS:

Sure, these famous artists and writers and designers like it, but what do random D&D people think?

"I spend a great deal of my time waiting with people. Waiting in courts. Waiting in hospitals. Waiting in office buildings. Waiting for someone whose hidden behind a door to walk in with a proclamation that will alter the course of the person I'm sitting next to. Distraction is key. That is where A Red & Pleasant Land comes in.

I'd say that when Zak was writing this book I doubt he was thinking that it would be used in such a manner but, let's be honest, if anyone could grok his books being read on the floor of crisis centers and in high back courtroom pews, it's going to be Zak.


People know Alice. People like games. People love stories of how there are people in the world who make things, especially when they are stuck waiting for a door to open and someone to walk in and pronounce ruin or rebirth. It makes it a little less awkward for all those involved to have something to do with their gaze. The very least this world can do is offer them something beautiful. A Red & Pleasant Land is that."
Here 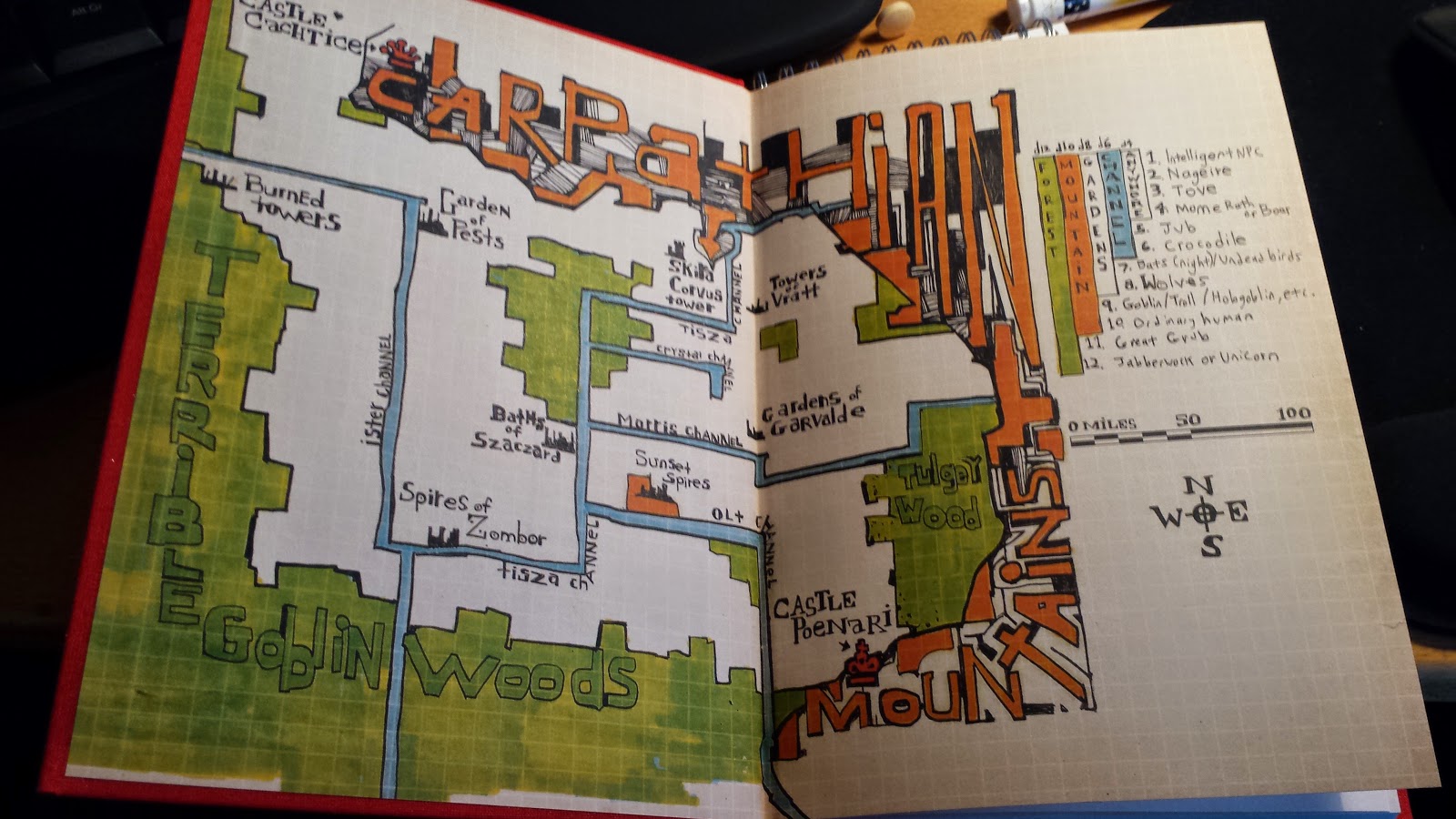 "I really liked what I have read and seen and I gave me lots of game ideas. Somehow, it is the direction that I wished Ravenloft and Vampire : the Dark Ages had taken : a bold and weird direction..."
Here.

"If you don't buy a copy of this while you can, you will regret it. It's a masterpiece of RPG artistry.﻿" -Here.

"It makes most full-colour rulebooks look like some old bullshit. "
Here

"The book is gorgeous, and it reads like literature."
Here

"I am thoroughly impressed. Not only are the illustrations beautiful (of course), but it exudes weird faerie tale, the old old kind filled with cruel murder and dream logic."
Here

"In a year that saw the release of yet another edition of Dungeons & Dragons, A Red & Pleasant Land is nevertheless the most impressive – and inspiring – RPG book to have come out in 2014. It’s wittily written, beautifully appointed, and, above all, bold in the way it reworks its source material to create something at once recognizable and original. Even if you’re not the least bit interested in adventuring in Wonderland, consider taking a look at A Red & Pleasant Land simply as an artifact. It’s a reminder of just how much energy and creativity is to be found in the old school/DIY gaming scene these days."
Here

"It may be the best thing to come out of a small press RPG publisher ever."
Here (David's post isn't public, so if you don't believe me and aren't one of the 2000 people in his circles, ask him) 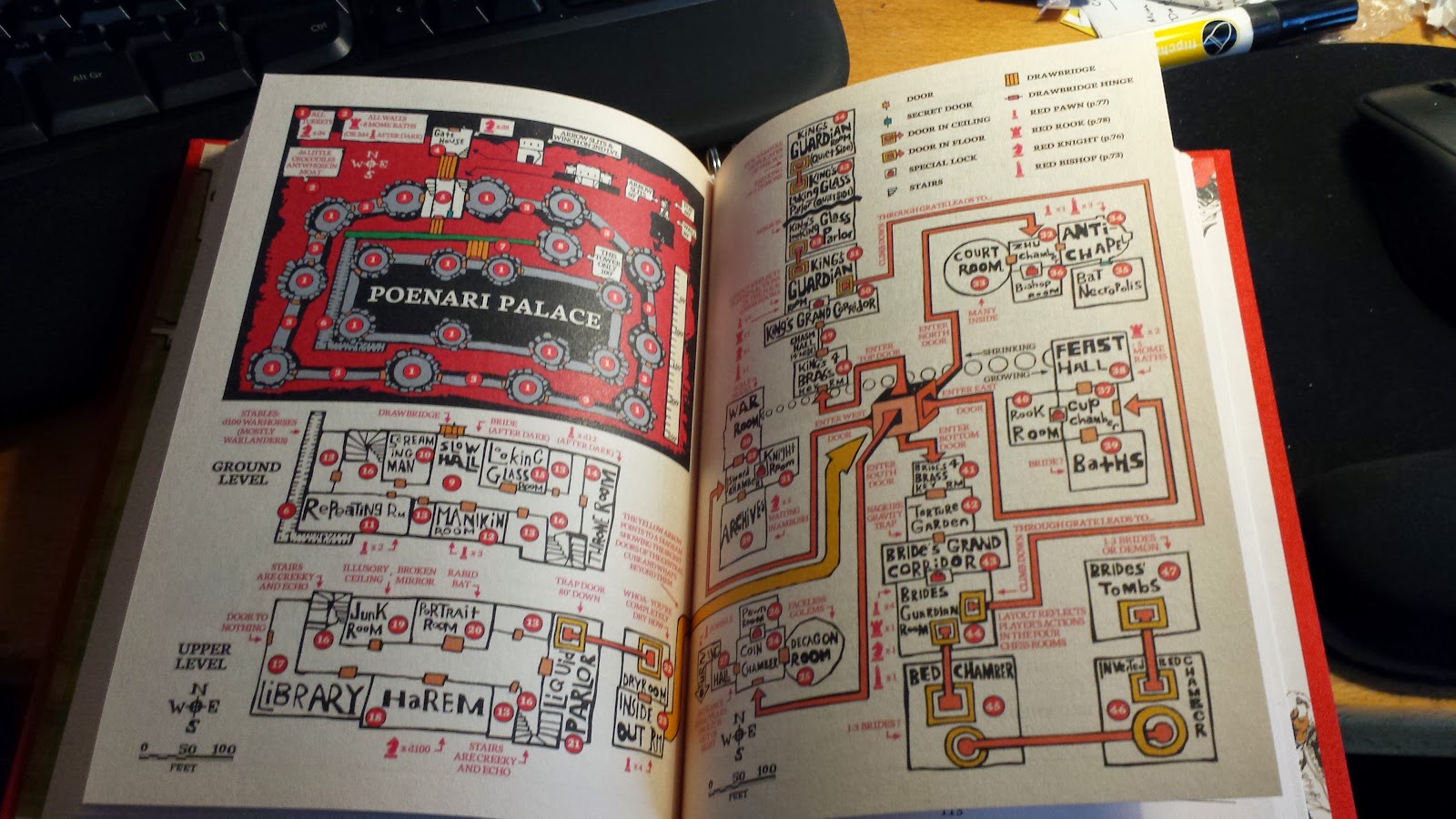 If you're curious about what's actually in it--there is an extended review here --along with a sample of what it's like to use the tools inside to generate an adventure location.

If you want to hear what it's like from a player's point of view, there's a nice write-up here.

Yeah, ok, that is just a bunch of random internet people but on the other hand: zero disappointed customers so far. Just think: hundreds of gamers have been looking at this pdf for six whole days and still not found anything to complain about.

So, yeah Red & Pleasant Land is selling well enough to have turned the publisher from a man into an order-filling Christmas elf for the rest of the winter. Be patient with him, if you have any trouble ordering check out this post he made. There are still copies of the hardcover as of this writing. 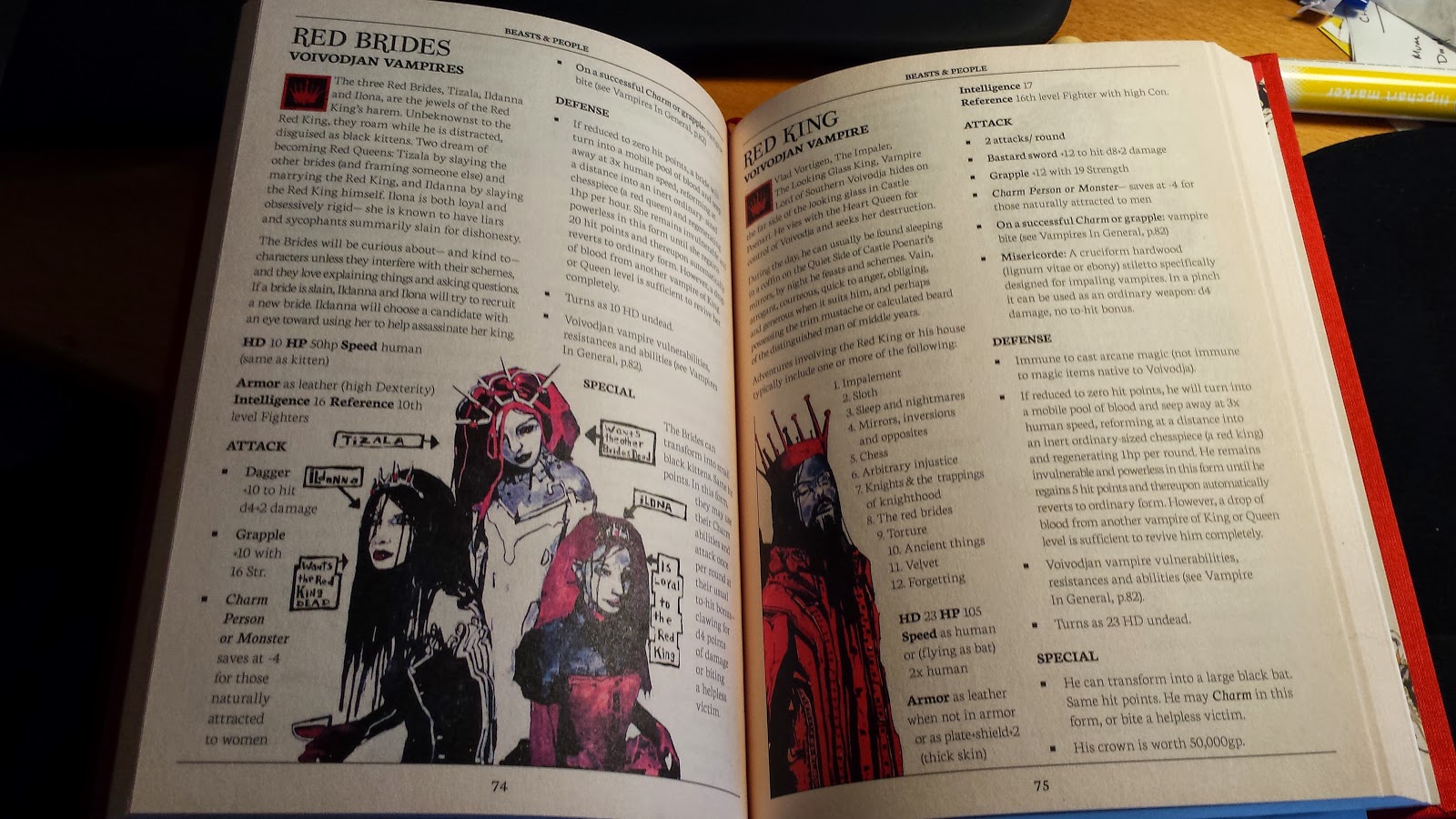 Also: here is an interview I just did for Bleeding Cool where the writer uses the word "controversial" four times and which features a photograph of me next to a chihuahua dressed like the devil.

Oh and here's a message from Santa: 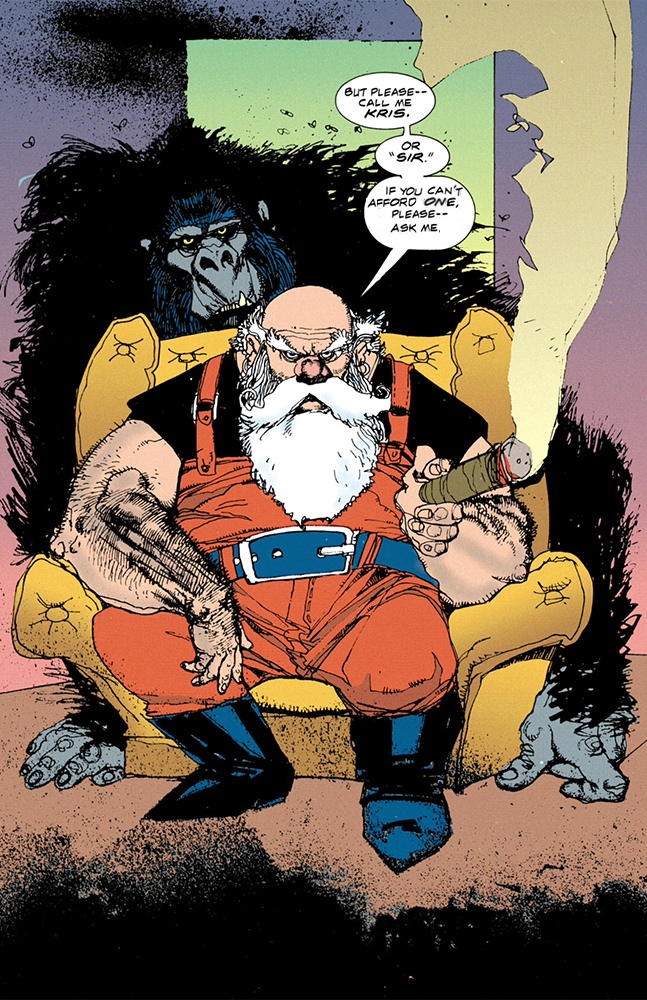 I can't WAIT to get my copy in hand!

Zak, I picked this up via RPG Now, and I have to say, "Kudos, man!" You did a great job with the source material, and the decision to make it as assessable to other game systems as possible was a good one.

I am very happy with this purchase!

Bought it directly from LOTFP as soon as I heard it's out. I'm so happy to be able to support what you and James do! Not to mention owning some of your artwork!

fingers crossed that it's in my Xmas stocking!

I'm glad I went with the print order via LotFP store direct. The pdf is gorgeous, and I've only flipped through it.

Damn to bad I´ll have to wait a lot to get my copy. I bought it directly from LotFP, so I already have the PDF, but I don´t want to read it until I have the real thing! Only a quick look and It´s gorgeous! Iknow the wait will be worthwhile. Sooner or later I´ll be the proud owner of one of Zak Smith´s books. And I hope it´s only the first of many more to come. I have my eye fixed on that Vornheim second edition.

And thank you for this blog and for being the nexus of so many smart, talented and in most cases, hot people!

You, sir, are incorrect. I've got plenty to complain about!

Mostly that my copy hasn't showed up yet so I can be impressed with it like everyone else. I could look at the pdf, but I decided I wanted the first impressions to be based on the hardcopy. Also looking forward to seeing the new Death Frost Doom. My local GM actually ran the old version (with tweaks) starting pretty much at the release of the new version. Was pretty funny.

Purchased the hard copy and did not wait to read it. I hate waiting. The pdf was in no way unimpressive. Physical or digital, the book is outstanding with such a multitude of original ideas that I have read it twice and still find myself grinning with each little gem. The monsters and translations of Carrol characters are inspired. As with the Vornheim kit, this kit provides ample "sandbox toys" for any campaign. I'm still excited to get the physical copy. Well done Zak and thank you.