Make More Adventures Like 'Forgive Us' By Kelvin Green

Somebody sent me Kelvin Green's 'Forgive Us' in the mail. So I looked at it. Then I decided:

There are two kinds of RPG things worth getting:

…and both of these things have a common enemy:

C-worthless stock-element junk that lards up the book and gets in the way of finding the good stuff.

Kelvin Green's Forgive Us is a fantastic example of an adventure with a whole lotta B and zero C.

And none are mind-bendingly exotic: in the third one you find out about bad people (with perhaps a red herring or two), in the second you go to a spooky town (with a spooky twist), and the first and main adventure is an Aliens-style horrorcrawl with a few complications*.

Here's a typical spread from Forgive Us: 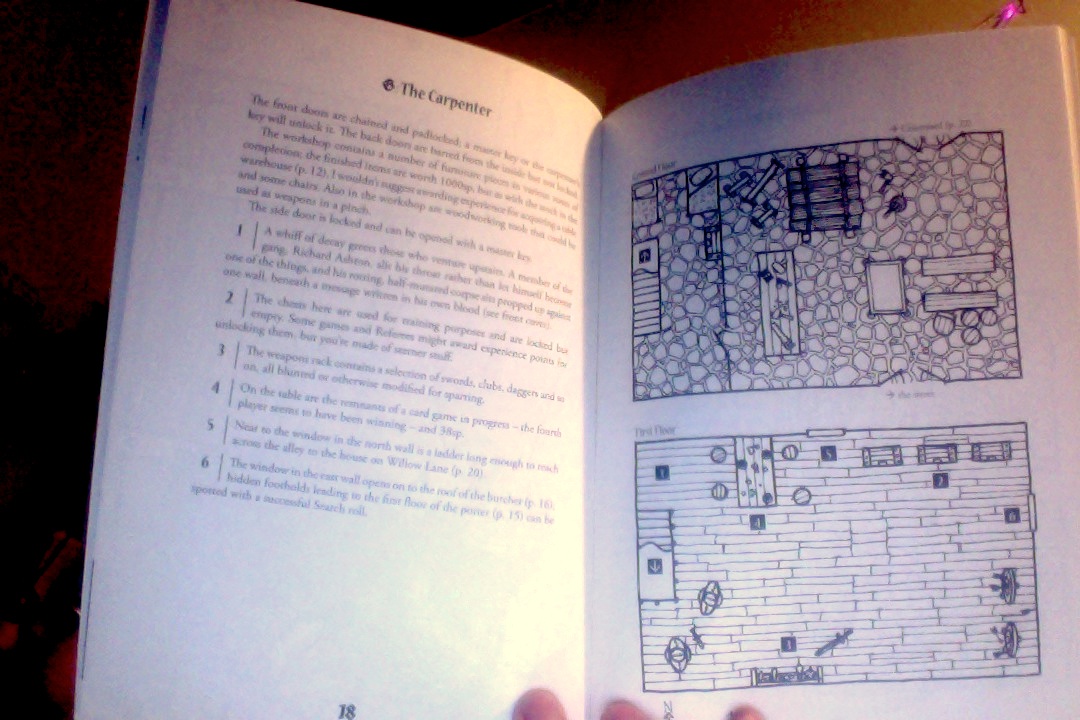 I said "typical" and I meant it: every page has some kind of illustration. And these clean, open, hand-drawn birds-eye-view maps are all over the first and main adventure--along with tons of actually useful whitespace that you can write notes in and all over.

Yeah, this is totally the opposite of what I did in Vornheim--that thing had almost no room for notes (I was trying to cram the ideas in)--but for this kind of adventure, it's perfect.

Because why? Because these are the kind of adventures you can turn into anything you want in about 10 minutes:
They work as D&D adventures, they also work as modern-era Call of Cthulhu adventures, and they could all be translated to sci-fi just as easily, the first and third could be super-hero adventures with barely any work. (The second one is pretty much a creepy Star Trek episode.) The first one could be set on a pirate ship with absolutely no trouble.

And the design and illustrations help you do that customization: tons of room to circle the lantern and put "full of poison spiders" or "dog pig-headed orphan". And the writing is efficient, crisp, conversational, assumes you know what you're doing and avoids pointless blathering. And it's all in that nice hand-sized LOTFP format instead of the unwieldy magazine-size people who write short adventures are still tryna get away with in 2014.

Most published modules are simple ideas with a lotta photoshop and fan-fiction shoved in to make it look like it's worth more money than the bare ideas inside. And frankly: fuck all of them for that--it's an obnoxious way to try to add value to something--turning the illustrator, designer and cartographer into, essentially, make-up artists putting lipstick on your housecat. Try to extract an idea from those and you get put to sleep by the text. Try to take notes and you run into another crammed-in paragraph of backstory or a photoshop border or a slick glossy page you can't write on.

Kelvin's done the opposite: he's taken set-ups anyone can use and spread them out so that a GM can easily get as much out of them as possible as quickly as possible and customize them without any muss or fuss. It's less a traditional module than something halfway between a module and a helpful notebook for writing your own module.

If you're gonna sell people a tool of convenience: make it fucking convenient. Nice job. 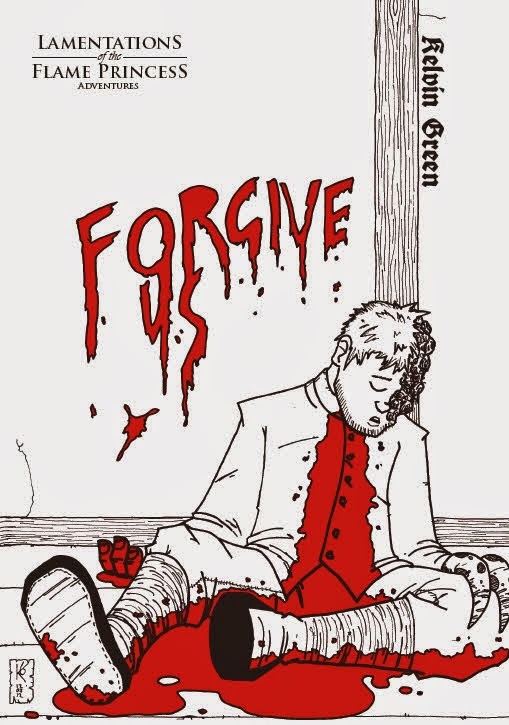 I agree it's excellent and I will try and run the first chapter in my Warhammer campaign in the next month or two. It's nice to see the Aliens/Thing premise done right in a RPG module.

It also has the LOTFP style world changer should the PCs mess up. Should prove to be fun stuff.

I don't know about the book (but I am certainly going to find out) but your post is the best description I have read of what makes a good scenario seen as a useful tool for a gm, as opposed to an ego trip by someone who fancies himself an author and wants you to pay for it.

Great review! I have this sucker in hardcopy and PDF and let me tell you: It's worth every goddamned penny. Kelvin really impressed with this one.

Yeah, the art of RPG continues to pour forth fruit through the efforts of all you DIY scruffy, addled kids out there. My heart doth leap.

So much good stuff. Thanks for the review!

Both the adventure and this review are excellent.

(I deleted my comment above when I realized I'd revealed your spoiler.)