A Song Of Pterodactyls and Radiation 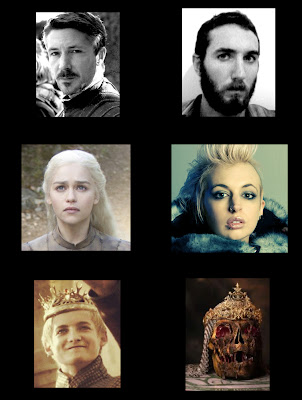 So there's the group here in Los Angeles, trying to find the Antikythera Mechanism. 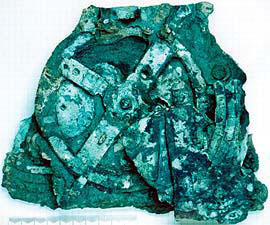 And, on-line, there's the Kangarat-Insominiac Murder Society (Australians, New Zealanders, and Americans who do not sleep).

The LA group wanders the Cobalt Reach, west of the Blue Dragon's fortress. 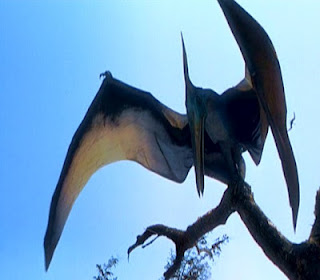 The Kangarat-Insomniac Murder Society is hired by a goblin king to find them and kill them.

Except it's D&D, so no-one finds anything.

The LA group finds and then abandons the juggernaut-fortress of the Star Witch.

It crashes into a lake near a citadel of serpentmen and a goblin village.

Now, this next bit is hard to summarize. But...Ok, the Kangarats meet a the warband of chaos worshippers, run away from it, join it in attacking the serpentmen, win the battle, then betray and kill the leader of the warband, then flee, then have adventures, then come back and use some random poison from another GMs game to shoot the new warband leader, a fat goblin with jewel eyes, and it backfires and turns him into a demilich.

The LA group traces the wreckage of the juggernaut. Rolls into to some ratmen from the warband scavenging the wreckage.

Then like all the goblins and minotaurs and trolls and goatmen from the miniature shelf show up. Things get tense. 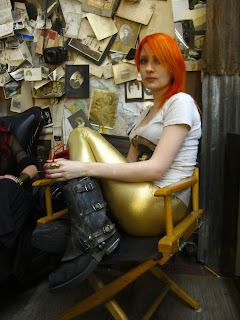 ...and she took points in diplomacy...

...so they manage to convince the freaks to take them to their leader.

Their leader is a skull in a box. Namely: the demilich that the Kangarats created.

Mandy wants access to the serpentmen library in the fortress that the demilich's warband took over. The demilich wants the Book of Vile Darkness that Mandy randomly rolled in like her second adventure ever.

So they made a deal: Baron Vorgus, Demilich of Cobalt Reach, agreed to give Mandy access to his library, Mandy agreed to give him the book then secretly come back later and kill him and take it.

Team Makeout's still running 1st and 2nd level PCs over in Rappan Athuk, so we get our crawlcrawlcrunchCRYrun! fix over there. Everything in Cobalt Reach has poison fangs or is thrice cursed or can see the astral plane or whatnot. And there's radiation.

Feels nice to pull the stops out, especially after all the time the party's spent getting there.

Everyone's sneaking around and trying to cut deals and trying to play the factions against each other and the Kangarats are trying to build an army and Team Makeout is trying to make alliances with goblins and it's got all those Themes that people who write games with Themes in them try to get when they're not yelling at each other about consulting ninjas and all it took was smart players and a constant threat of immediate incineration.

It's all Game of Thrones, only with murder instead of soap. And Mandy has bigger tits than Daenerys.

It's All One Game

Scrap ran a game where Trent killed me and leveled up so he is now high enough level to lead an army in my game to take back the city that was lost in the game that the LA group lost last year because he was Quested with a quest after rolling on the table that Jeff made for his game and now he needs help from the assassins of the order of assassins that Zach W is part of but Zach W isn't an elf from my game any more he's a human because he got reincarnated using the potion from Ian's game which we had to use on him because he got pummeled by a half-giant wizard from the other Ian's game who I tried to kill with poison from Reynaldo's game that the half-giant helped me get and.......yeah.

I'm so glad I'm part of this. Also, tell Mandy that Manning is totally down with crushing Vorgus... Once/If I manage to get this Succubus dealt with and the Vorn nuns a new home... We can still theoretically steal his soldiers as well.

This is all the abridged version

Tell me about this succubus then--I can help.

I love this game so much. It feels so much more alive with two groups interacting with the setting. Much less contrived than where the DM has to come up with everything goes on.

Zach W's assassin bit it? Wait, who has his swords?

But where is the singing?