Aimé Fernand David Césaire was a poet and activist, a founder (along with Léopold Sédar Senghor and Léon Damas) of the négritude movement among the pre-war African diaspora, and served as president of Martinique in the 1980s.

7 fire riding lights of an island truly in distress

14 fires shards lost in a desert of fears and cisterns

8 dawn on its chain ferocious snapping to be born 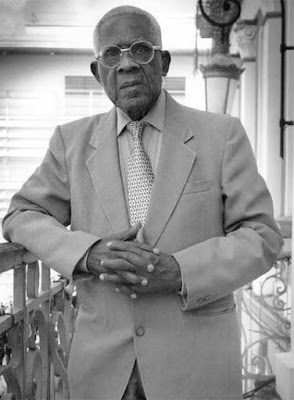 Since you are a harasser you're banned from commenting.

Wow. Do you happen to know where this was first published? Or if the original French is available in a collection anywhere?

I don't know the original publisher but the poems were originally published in a book called "Ferrements". My translation came from Aime Cesaire: The Collected Poetry which is a bilingual edition containing original french on the left and english on the right.