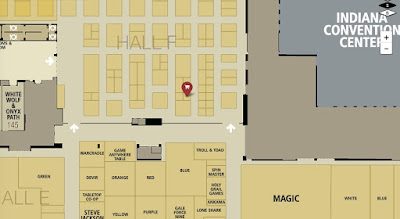 Ennie Awards at Union Station 8pm Friday August 18: This is mandatory. You have to go.  Like when they elect a new First Ranger on The Wall. We will sit in the front row. The OSR will be out in force, no publisher that counts is up for more awards than Lamentations Of The Flame Princess. Kiel's Blood in the Chocolate is up for awards as is Scrap Princess and False Patrick's Veins of the Earth. Patrick will be there. Patrick is a poet. If you don't go he will cry. Do you want to make a poet cry? No. This is the moment we take the crown--forever--and never give it back. It will be televised. You will want to tell your grandchildren you were there. Games will not ever be the same. Tickets are free but you need to get one.


I will be selling a biggggg stack of Original Zak Game Art when I'm at the LotFP booth in the afternoons--first come first served yo. 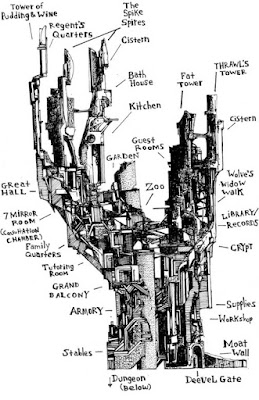 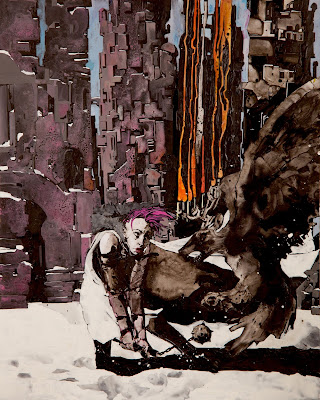 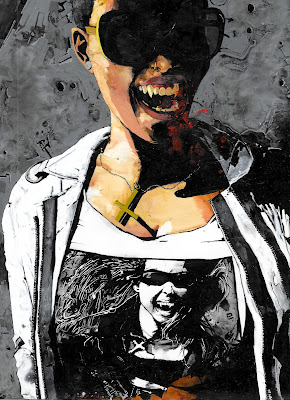 Generally: Do what you want in the morning.

In the afternoons, the cool place to hang out is the LotFP booth. I'll show up between noon and 2 until the Con closes at 6pm.

If you want something signed I'm there, but you will need Gen Con Brownie Points.

Brownie points will be easy to get, the list of things that get you Brownie Points is here (you need to be in my RPG circles to see it)*.

3 Brownie points = I will be in a picture with you

Most Brownie points each day Wed-Sat by 5:30 pm = Win an original Zak drawing from an extant or original game product. Once you have won on one day, the next day's prize will go to another Brownie Point Grabber.

Most Brownie points total by Saturday night = the highest grabber total (including people who've already won a daily prize) on Saturday 5:30pm will be given an original Zak painting from an extant or upcoming game product.

To get in touch, email zakzsmith AT hawtmayle dawt calm


On wednesday, Brownie Point Grabbers must email me (see below) at 5:30pm to collect their prize, on other days simply show up at the LotFP booth at 5:30pm.


My schedule, subject to change when people are like Hey Zak There's A Thing and I may head over to play with the Goodman Games crew at some point:


Schedule: I'm around morning, Wednesday the 16th--Evening Monday the 21st.

Brownie point link is down.

"Do you want to make a poet cry?" I thought poets had to cry, that's what makes them poets. Well, that and writing poetry.

It was great to run into you again this year! Joan was thrilled with the copy of Red and Pleasant Land (and the DM drawing you did).