Old-Schooling the World of Darkness 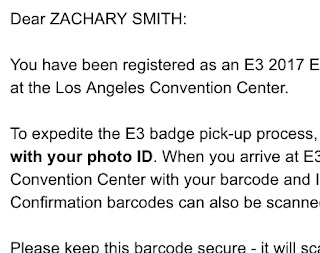 First off, I'll be repping White Wolf games tomorrow at the E3 game convention in LA at the Indiecade Showcase so if you're in town, come say hi. I might sign something if you're nice. Now, here's a decapitated body and a blog entry.... 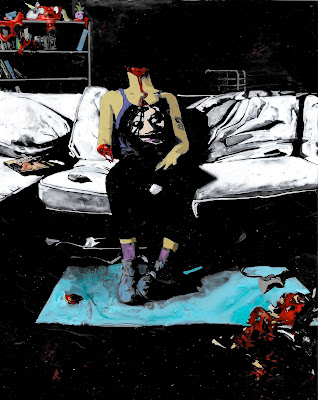 Ok, so, tips for making New World of Darkness more like Lamentations of the Flame Princess...:

1. Make sure they're fighting things that can kill them in like 2 hits

This is the most important thing. Fear of death keeps you paying attention, fear of death is the mother of invention.

Use fire, use silver, use magic, use bigger vampires, use whatever you have to use to make sure the players know if they mess this up there will be a consequence and that consequence will not be personally pleasant for the player. They will lose that character they spent all that time making. If they think that making a few tactical mistakes just leads to failing forward in a fascinating twist that extends the story then they have no real personal motive to try to figure out the right thing to do.

When Mario misses his jump, he dies. And starting over sucks, and that fear of the sucking makes it exciting.

2. Make sure they are weak, hunted and isolated, but have a chance to tear it all down

World of Darkness, of necessity, emphasizes whole shadow-civilizations of supernatural entities that have internal intrigue and culture, who have rules to help them get along with each other, who are more powerful than ordinary humans and know things the humans don't.

This can lapse into a situation where everything is fairly comfortable. It's like your real modern life, only better and you're a stylish predator.

Instead, try to think of ways to weaponize the entire contemporary environment against the PCs. Modern life should be an obstacle course of sunlight, video cameras, paranoia and, most of all, total failure to integrate with the existing spook-o-structure. If there's a Prince, that Prince wants you dead. They can have a clan, but there needs to be an overarching problem that cuts them off from easily relying on the rest of the clan.

On the other hand, don't go along with the default assumption that elders are impossible for thinbloods to kill. Just because you can't kill the dragon with your bare hands, doesn't mean there's no way to fuck the dragon up. You just have to be smarter and more resourceful. 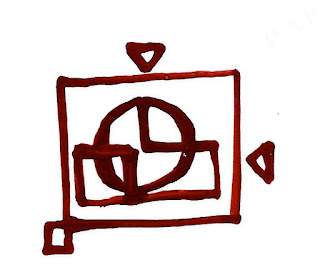 World of Darkness is full of words: The Hedge, Toreador, Sabbat. These contribute to the feeling that the dark places you are going are mapped and knowable and have been seen before and follow rules and aren't that big. Use as few as possible: if there's a wolf you don't want players going "Ah must be a gangrel!" just let them worry about the fact there's a fucking wolf trying to eat them and its drool burns like acid for some reason.

The worst part of any horror movie is all the parts after they explain where all the nightmare images are coming from--so skip that part. The young monsters won't want to use the same language as the old monsters anyway.

Maybe the humans are tough? Maybe the other monsters claim the humans? Maybe only certain humans will do? Maybe the right ones are hard to find?

Ordinary people shouldn't just be rations--or just background noise--they're treasure. Horrible, cursed treasure that you need to stay alive. Each attempt to establish a feeding ground or even to just escape their notice should in itself be an adventure.

And White Wolf's now-canonical "You are what you eat"-concept (the idea that powers come specifically from the kind and mental state of human you feed on) should help.

5. The story is that it's hard

6. Use historical and occult stuff

A big appeal of the World of Darkness is there's a dense mythology of hidden lore to uncover--a problem is that it can, again, familiarize that which, by nature, should be mysterious.

The easy (or at least fun) fix for this is that there's an even denser and more hidden mythology of creepiness in the real world. 99% of human history involved people believing and acting on things on like they thought the sun was a god at war with the moon that was in turn a woman who hated babies. Here's a place to start down the click hole.

While a vampire can drift toward people playing a game about being part of an idealized sexy ubermensch mafia family that accepts them even though they have anxiety attacks, if you want to do it DIY RPG style remember, it's a horror game. It's not just dark as in aesthetically, it's horror.

Like: horrifying things happen. The imagery and consequences of actions are horrible. Attempt to contemplate the truly unpleasant and then communicate it. This won't be the same for everyone, and hopefully you know your players better than I do.

There are some horror tips here.

8. PS There is actually a version of Vornheim re-written specifically for Vampire

Probably one of the best design elements of the new World of Darkness or Chronicles of Darkness or whatever they're calling it now was trying to make everything mysterious so that not even the NPCs know how things work. And every once in a while, the grand politics of the major occult factions are disrupted when something no one has ever encountered before or since worms its way into the city.

Wished I had this kind of advice when I was
a teenager playing VtM.

Yeah, I was in college when guys were deep into WoD games, and they basically just played it like superheroes... No angst or drama at all, just "Woot, I threw a car!" and other nonsense.

Then again, maybe that's preferable to a bunch of whiny drama types who get upset at the idea of their character dying... "That's not how the story is supposed to go!"

Deleted your comment since you're banned from my threads for making personal attacks and supporting harassment.

Do not come here until you've spoken directly to me and publicly apologized.

It would had reduced the number of double-shotguns-and-trenchcoat Brujah tenfold.

Zak, reading this led me to do a little post mortem on my old Changeling the Lost campaign. I nailed some of these and flailed on 1,3, and 7. Thanks for giving me some tools for insight!