The True Nature of Existence

Broadly applicable, but I specifically wrote it for Demon City:
Imagine a laid-flat brick of black gelatin. Pick a spot on the left wall and, imperfectly and at a diagonal, slide a soda straw in until it sticks out the right side.

This tunnel through the gelatin is the path of your life. Now imagine a second tunnel, shaped like a crazy straw--carving likewise broadly left to right but looping and wild--intersecting and sometimes overlapping the path of your life, but rounding off and taking its own route at many places. This tunnel is the life of someone else you know.

Your story and another person's only have to agree when these paths overlap. Only if you both witness the same event will your stories need to be alike in order to maintain a sense of an objective and sensical world. If your father was alone in a field and says he saw a length of rusted wire, this cannot threaten your sense of reality if you were a thousand miles away at the time. Why wouldn't your dad have seen a wire?

Your exact position in any given space and at any given time, like your experience, is unshared and unique to you. You experience the look of you favorite picture and the taste of your favorite food in ways that do not necessarily precisely match the experience of any other creature that ever was or will be.

Imagine now further, that due to your unique pattern of shape, mass, and velocity, the precise physical laws that govern your existence are also unique to you. You move in a reality envelope where the air is generally 78% nitrogen and 21% oxygen and free-falling objects where you are gain speed at 9.8 meters per second squared and fireflies glow golden with a darkening around the edges and people, when you ask for directions, are generally kind.

The truth is this: it is not necessary that everyone share these rules, all that is necessary for the spreading network of reality to maintain its shape is that the rules of the subrealities experienced by everyone in the one greater reality look the same when and only when they intersect.

Having a cigarette on the train platform at 10am, you tell your sister there's no such thing as ghosts--and your sister says there is. You are both right--by the rules governing your tunnel through the gelatin there can be no ghosts, and by the rules governing your sister's tunnel there can be, but so long as you both agree there are no ghosts to be seen right now on this train platform at 10am, reality holds. 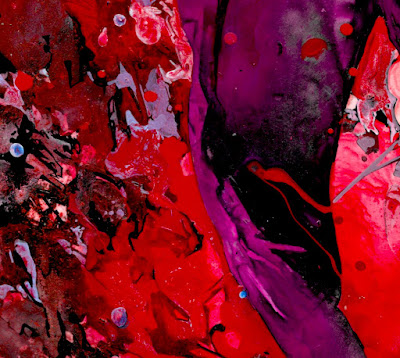 The key, then, to ruptures in the ordinary face of life, to accessing the vast distortions of what we think of as natural which might be possible if free-falling objects gained speed at .00000000000000000000001 meters per second squared more than they should or if an effect might in some circumstances precede a cause or an action not have a precisely equal and opposite reaction is isolation.

The farther from things with which one might interact, the farther the unique curve of an individual's unique set of laws might bend from the norm. This isn't because things change as you move away--it's because this is always how it was going to be. The universe is organized in such a way as to keep consistent. Your father was always going to be alone when he saw the rusted wire, and your sister was always going to be the last one to leave the office when she heard the voice that wasn't a voice from that white face pressed against the far side of that window.

Divagations from the understood are less likely when more disparate bystanders appear whose subrealities the larger reality needs to satisfy. This is why the greatest wonders and terrors are witnessed lonely hills, in basements, on dead streets when the background music of life seems to have dropped away and a sneakered footstep sounds as clear as a nail being clipped...or in the presence of severe ranks of disciples who have trained their souls to follow a single and common path. And, likewise, this is why such events will never be believed or understood in the wider world--at least until the last generation discovers the implications of whatever rules they earned that position by ignoring.

-
-
-
True transformation--the changing into something else--is always coincident with a life of profound and complex isolations. Just as the good work of the rules-as-written Calvinist Protestant does not earn a place in Heaven by doing good but rather doing good demonstrates she always was predestined to be there, the other worlds that interpenetrate the familiar world are not formed by the desperate and the strange but rather their desperation and strangeness are part of that same offshoot from the mainstream of life that allows such eddies to jell and pool and develop their own ecosystems.

By this token the many systems of supernatural and metaphysical wisdom recorded across human history are not so mutually-exclusive as they might first appear. What the Babylonian heresiarch inscribed on a tomb wall, what the Han dynasty sculptor cast in impure bronze, what the Elizabethan witch-hunter printed and circulated--these things are as real as anything in a life that we have not lived can ever be, as are the declarations that these things are impossible. They are simply rules for tunnels that never intersect.

What then is necessary to summon demons is to observe carefully the reality you are in, and look for the rules that have always been there--as a character in a book might guess the ending by discovering the genre he's being written in.

Once these rules begin to be found, the adept will grasp that all activity has a second meaning. Gestures, decisions, echo forward in ways not previously understood--for you, and for anyone who will encounter you. Even your words are a dialogue in a performance judged by new gods.

To know these things, the research must be done, the books read, the practices observed, but most of all: experiments must be conducted. And what will be unleashed is what was meant to be and what is then wrought can only be no more than what should have been.
-------
Support the Demon City Patreon here. 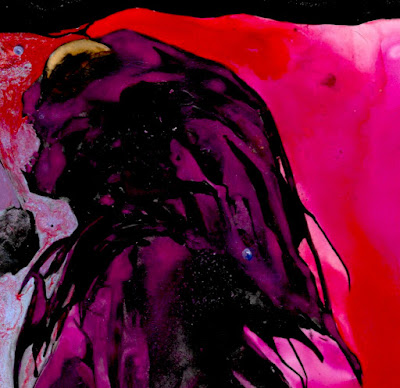 Welp, time to go start a demon cult, then.