My Name Is God (I Hate You) 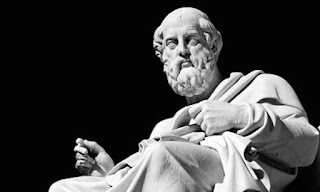 The real world has no genre. Stuff happens in whatever order for pinball reasons. Not so D&D.

I'm imagining a cleric or philosopher inside the game world who accurately discovers the broad metaphysical rules upon which events in their life (and the lives of their companions) are based. Not at the level of every digit of armor class, but the correct assumptions that would eventually lead those born after this little Leibniz to something like accurate-in-D&D science.

More difficult is figuring out the priority of these rules--which ones take precedence over others. I was myself surprised to find there was a priority and it was rigid.

When all gamed out, the philosopher's laws also function as a description of GMing style, and a guide to nervous players (I have no nervous players, but I can imagine them) about what to expect when they play.

I think it's probably a good idea for DMs to think about what their own world's rules would be from this POV, but I've been doing ok without it until last week so maybe not urgent?

1. Law of Negated Aesthetics--The Creator of All Things has certain images and events of which he does not approve and these can never occur. This is the only Law which overrides the Law of Consistency below--for example, no-one ever wears sandals, despite the fact the law of consistency suggests you might be able to make them, goblins may fill pig-carcasses with lighter-than-air gas and thereby float but there is no way to make a full-sized blimp for the creator does not approve of blimps (nor does he approve of, for another example, gunpowder--though sulfur, charcoal and saltpeter strangely usually do what they would otherwise outside a gunpowder-making context). It also overrides all other Laws. Note this Law is total--things can happen or can't. There is a never a situation (say, trying to jump a chasm and jumping a distance related to your strength) which can happen sometimes but other times is aesthetically negated. This and Law 7 are the most complex laws and detailing them completely would require knowledge of the tastes of the Creator to a level of detail perhaps even he is unaware of.

2. Law of Consistency--The rules by which the universe operates are consistent and do not change. This overrides the Law of Free Will and all other Laws below so, for instance, I cannot travel to a town that has been destroyed by a marauding skyfortress even if I choose to and want to on account of my free will.

3. Law of Free Will--I may do whatever I like within the bounds of my abilities. This overrides the Law of Plural Solutions and all other Laws below so, for instance: if I build a dungeon and lock my foe inside it, I can create a puzzle that can only be escaped with one key.

5. Law of Challenge--Life will be characterized by difficult challenges in need of urgent solution. This Law overrides the Law of Variety and all other Laws below so that, for example, if fighting 5 goblins in a row (lack of variety) would present a challenge not provided by fighting 1, this event can occur.

6. Law of Variety--Situations and things encountered will tend to be various. This overrides the Law of Posited Aesthetics, so if I just saw a wolf running across the snow last week I am less likely to see one this week despite the creator's fondness for said wolves.

7. Law of Posited Aesthetics--The Creator Of All Things has certain images of which he is fond (wolves in snow, ruined towers, beautiful women, decapitation, etc). These things will tend to appear and the world is made entirely of things that resemble them unless it violates a higher law (it logically can and will never conflict with Law 1, however, as the Creator cannot simultaneously like and dislike the same image).

-
-
-
The laws (like most good science) predict answers to questions.

Let's say there's a beautiful desert and the wizard casts what's supposed to be a permanent frost spell on it. Will it stay there or will some agent remove the frost? Well: the only thing that supports the desert's existence is the Law of Posited Aesthetics (the creator likes the beautiful desert), which has less priority than the Law of Consistency, so the spell will work as normal, so long as the creator is cool with frost (ie not violating the Law of Negated Aesthetics)--and the creator is or it wouldn't have been possible to create frost in the first place.

Can I ride a rhino at first level? Well this would be cool (7th Law) but would remove a lot of challenges (3rd Law). Oh well.

The main problem for the philosopher is that Law # 1 covers so much unknown ground and is so powerful it can kibosh any other prediction. Though they can take comfort in knowing it does come into play relatively rarely.
-
-
-
Another thing the DM can do is run through the laws in reverse to write an adventure.

Posit a cool image (Crooked witch house)
Add variety (It's actually 10 variations on a kitchen inside)
Add challenge (The witch prepares contact poisons in the kitchens)
Make sure the challenges have multiple solutions (In addition to avoiding them, there are antidotes and recipes)
Make sure the players have choices they can make (Different kitchens are clearly laid out as containing more valuable recipes but also more dangerous poisons)
Make sure it all makes sense together (Check the area of the map that the witch house is in to make sure it makes sense as being there and either has plausible connections to what's around it or plausible reasons not to have them)
Make sure nothing gauche is implied (Maybe draw the witches so that nobody thinks they're wearing basic burlap or anything).
-
-
-

Nietzsche, 'Beyond Lawful and Chaotic'