Some Player Fucking Skill Right There

Arella's playing a Red & Pleasant Landified version of Curse of Strahd I guess? Anyway, they want to make the Heart Queen eat some garlic by hiding it in a mirror cake. And yes, a mirror cake is a real thing: 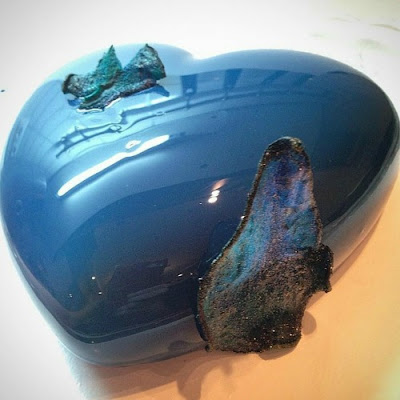 Arella actually walks us through the process of getting and mixing every single part of this murdercake:

Where do you get hartshorn from? Deer antler, and evidently a little goes a long way. I scour over Victor (mage/necromancer), Hellsing (cleric), and my own (bard) spell lists - nobody uses antler as a component, so nobody would have any. Shit. Then it hits me - GELATIN. Gelatin is perfect for this, especially since I’m aiming for a pound cake. The topping for this mirror surface needs gelatin anyway. ………. oh…….. but there’s….. only one place to get gelatin here.

Prianna’s eyes shift over to the human corpses, she cringes, then she goes for it. At this point they’re pretty unrecognizable as HUMANS, but the thought is still there. She’s had to handle animal bones before, she works primarily with monster meat, animal meat, etc from freshly killed creatures. Using her knives she’d be able to separate muscle and “meat” from bone with some work - she wouldn’t ask the others to help her with this gruesome task, she wouldn’t want this experience burned into their minds. Bones would get tossed into boiling water in large pots, as many as she could have on at once to severely cut down on cooking time. Usually this process takes many hours, but multiple sources have told me that if you boil small batches simultaneously, it’ll cut it down to where I need it to be.
The kitchen smells awful at this point. Prianna pulls out any warm smelling spices from the spice cabinet and tosses them on some heat with some water to fill the air. Cinnamon, nutmeg, cloves, those are staples, easy to find in any kitchen even if it’s been severely depleted. Everything smells like a slightly sour Christmas, but she’s not gagging anymore.

Brown film coming to the top of the pots have to be skimmed off regularly, and once no film is left they’re set to boil for awhile - at the same time as the milk is being prepared to cut down on time here. Bones get removed from the pot and tossed aside. The liquid is strained through multiple layers of fabric, fat on the surface of the liquid remaining gets skimmed, and the liquid is boiled down further, a few times over, until it’s reduced to 1/16th it’s volume. We now have gelatin.

The recipe also requires cutting yourself and cone-of-cold

This is my favorite actual-play report written by any player ever. Read the whole thing here.
-
-
-