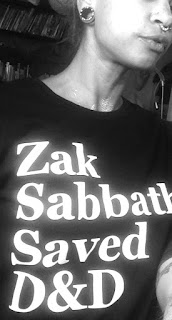 Starting now Vornheim, Red & Pleasant Land, Death Frost Doom revised by me and Maze of the Blue Medusa will be available at Lamentations of the Flame Princess, Booth 3002.

Also a handful of signed copies of Maze of the Blue Medusa plus "Play D&D & Worship Satan" shirts and free "Zak Sabbath Saved D&D" will be available at Sigh Co Graphics, Booth 943

There are not a lot of books available due to the vast distances the various parties have had to travel to get to GenCon and the fast-sellingness of the books involved, so move like the wind. 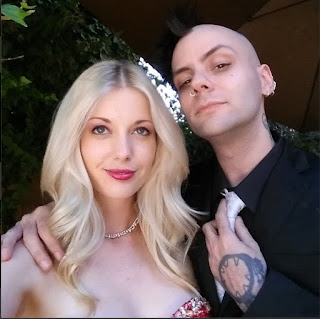 8pm is the Ennie awards, which I figured I should go to this year since we're up for 5 of them. If the hall's too packed when you get there, remember: it's possible the harassers who walked out last year will walk out again, which'll free up some space.

I have no particular post-Ennie plans but apparently if I win again it will probably start raining blood so dress appropriately. 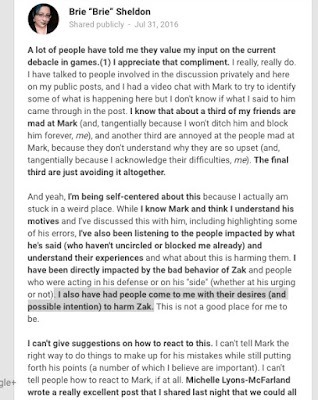 Around 3-5pm I might be hanging around Sigh Co (booth 943) and will sign something if you bring it.

Game industry pals, hit me up at Zakzsmith AT hawtmayle dawt calm if you don't already have my cell.
-
-
-

Just remember that the best cure for white male aggression is a swift kick in the nuts. Good luck at the Ennies!

my plan's just gonna be laugh, film them, and call security

Good luck at the Ennies. You have my votes. MotBM is outstanding.

I'm really drawn to the flexibility of diy/indie everything. It's cool to know your publishers well enough to have them hook up some booth space for another publishers work.

That's definitely a more prudent plan. If you manage to delegate the kicking to the security detail, remember to tip generously. Security guards make peanuts and work long hours ;)

WTF is "The current debacle in games"? Who is "Mark"? Will I regret even asking these questions?

yes. don't worry about it

I didn't say it was a friend, and it wasn't. I told them off and they ended up blocking me because of it. As Mark probably emailed you, we discussed it and determined it's someone being overdramatic. If I had been seriously concerned, I would have contacted you. I'm sorry that you have any reasons to be concerned about your safety and comfort at the con, honestly, I am. That's awful and no one should deal with that.

Anyway. I figured since you were getting access to my G+ posts (from which account you're blocked), I might as well come over here and say something. I hope you have a good con!

Brie: Your post was public, anyone can see it.

Since you continue to participate in a harassment campaign (for example you libelling me above by claiming I had some "bad behaviors" that affected you) it's super important that somebody check your public posts to make sure you aren't creating any more dangerous situations for me.

I have absolutely no trust that you would notify me if there were a situation that was dangerous to me, since you insist on continuing to create one by lying about me in public over and over and have never come to me before with whatever slight it is that you think justifies the harassment you participate in.

If I don't have a good con, it'll be because of harassers like you.

I wish you a happy and safe time, and I hope I have the opportunity to say Hi and buy your stuff. =)

I wish you a happy and safe time, and I hope I have the opportunity to say Hi and buy your stuff. =)

Not everyone can see it, specifically not people who are blocked. That is where the issue is. Having someone "check" my posts ignores the block, which is a violation of my boundaries.

Explaining to people that you were rude to me, tagged me into threads repeatedly after I had asked to be left alone, and similar behavior is not harassment, it's an explanation of something that happened that was the cause of my blocking you. That isn't harassment. It isn't to create a dangerous situation for you (particularly since I repeatedly have asked people not to harass you or threaten you, or anyone else, or any of those kinds of things). There is a difference between "Zak was a jerk to me" (which is *true*) and harassment or libel.

I told you to stop doing it when it happened. You didn't. I was tired of the tagging into threads and you being rude. I blocked you. A block means you don't have access to my information. People sharing it with you is a jerk move and disregards the boundaries I've set on my space.

That's really all I have to say. I won't be checking back here. Please tell the people you have "checking" on me to stop, or at least bother to also share with you the posts where I tell people to stop harassing people.

You are a harasser.

My rights as a victim to defend my self from you by calling you out are way more important than your right to have your abuse hidden by requesting I not document it.

You don't think you're a harasser? Here's evidence:

In this thread you defend major harasser David Hill:
https://plus.google.com/+JeremyFriesen/posts/9XfUc96jXst

You call someone "shitty" just for pointing out that I do good things and they're not gonna unfollow me.

You falsely claim I "harmed" people and "wronged" people.

These are not true things:I have not "harmed" anyone or "wronged" anyone--you made these things up because you personally don't like being asked questions about beliefs you claim to hold.

That is called making false public statements--that is harassment.

Your defense? I was "rude" to you, by allowing you the chance to defend your ideas. Even if I was, this does not constitute me "harming" you or "wronging" you. It is me doing the right thing by tagging you in to discussions about ideas you claim to hold (thus respecting your claim to have something to say on these issues--which is super correct) and you, because of some issues beyond my control, not being able to handle this.

That's not me causing harm. That's your issues causing you harm.

If all you said was "Zak was a jerk to me" then there would be no problem. But instead you lied.

So: stop harassing me and publicly apologize and you will cease to be someone the rest of us have to keep ourselves safe from.

This is hardly the only bad thing you've done, but this is the most clearcut case of an attack on me. So to avoid distractions, I'll just focus on that.

and of course I NEVER tagged you into a thread after you asked me not to, if you claim I did, then provide evidence.

Welcome to Indy. I'm not at the con but feel free to let me know if you're looking to get into after-hours shenanigans of some kind. There isn't much (aren't many?) here, but I'm happy to advise if needed.

I like how people can say I blocked you so you don't get to defend yourself when I talk about you, without their heads exploding from the hypocrisy. Otherwise there would be a lot of exploded heads in the drama club.