Computer RPGs vs The Other Kind 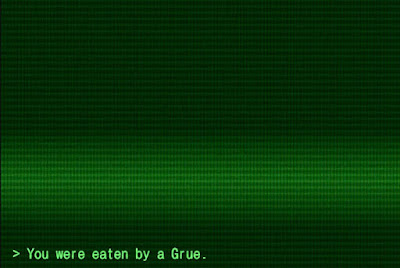 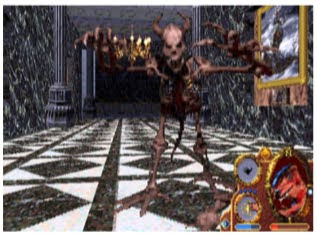 Roguelikes, real roguelikes, have tons of emergent properties.
Stuff like shiren, stone soup, Moira, dwarf fortress, and others all have as much complexity of mechanical input from a strictly rule-based perspective.
So it is not the rules that make a proper rpg stronger, but rather the absence.
In a crpg, you can only use rules.
This makes them inherently worse if your metric is complexity and depth.
As you two discussed though, mechanics were not the only quality you measured the standard to.

Also, if you want to check out Tunnels of Doom, it's available for free in the Classic99 emulator.

For 1982, it's a pretty impressive 3D exploration / 2D turn based tactical combat game with randomly generated dungeons and levels. Definitely a piece of CRPG history.

CRPGs over TTRPGs is madness unless you don’t like hanging out with people.
In dnd, I’m a baker-turned-level-one-thief with personal character motivations and 3 possessed goats to my name and while adventuring, if I’m just creative enough, I can find a way to utilise my character’s past in baking (and/or goats) to save my life from certain death against a red dragon or something. When comparing two types of role-playing games I feel that the one with which the act of role-playing itself is more meaningful makes it the ‘better’ one.
Add to this that you can use real-world logic as the base language with which you collaboratively problem-solve instead of the game’s move-set and finding clever/skillful uses thereof in a video game (when playing multiplayer, this becomes ‘combos’)

No disagreement with that. TTRPGs can be dynamic and creative in ways most computers can't do.

Or is it just a technical challenge to figure out? That's what my software engineer brain does, it says "Well let's look at this... maybe that's solvable."

If you look at TTRPG products like Central Casting, it's totally possible to categorize backgrounds, traits, character motivations in ways that with machine learning you could have a computer provide options and plots based upon your input. Maybe not perfectly but maybe good enough.

This sounds like something Caves of Qud is starting to approach.

I hadn't heard of Caves of Qud before. They're very clearly inspired by Dwarf Fortress! Another one like it is Legerdemain.

I really need to play all of these... more Dwarf Fortress as well. One of my favorite reviews of DF was by Greg Costikyan, who said it's almost a game from an alternate universe where computers never developed graphics past an 80-column text screen.

Well playing without other people in the room might allow the shy introvert to interface with the game more--but that's not always what they want. A lotof time the quiet ones still want to hang out.

Part of the problem is that for some large fraction of the playerbase pre-Eternal September (just about), any type of RPG was not primarily a social experience, or was degraded by the social experience (either because the person had poor social skills or had interests in the game that were at odds with the social aspects of the game, like self-centered powergaming).

So CRPGs served to take them out of the TTRPG market, but some fraction of games on the market didn't really adjust to this reality. They still provided a ton of tools that were centered around antisocial/social-agnostic gaming styles.

(Arguably, the whole Storygame movement was a (very broken) attempt to address this dynamic that petered out because lots of the people involved were more into the social meta layer of their own insular and incestuous community than they were into actually designing or playing games. You know the score there.)

One of the reason I keep coming back to D&D is that it stands right at the intersection of those two styles, and provides more support for a social gaming experience if you're willing/able to apply yourself to bending it in that direction.

(See also; the mountainclimber's distinction between 'type I' (fun now) and 'type II' (not fun now, fun in retrospect) fun. Some people are just very focused on their type II fun.)

I think StoryGamers are totally blind to social anything--they consistently assume writing the rules properly will guarantee a specific experience.

Well, yeah, I'm being charitable; I tend to exclude grossly stupid behavior or nonsense assumptions just because you can't say a lot productively about them, and because I'm more interested in the idea I think is productive to argue about (that post-CRPG TTRPGs have to become *more* social to remain relevant).

But I basically agree with that take, yes.

Re: AI RPGs
There's an AI somewhere on the web--your google-fu will help you--that already reacts quite impressively to your input like a Game Master would. Tried it before they slightly restricted the access for bandwidth reasons, but it was very impressive. It felt like a text adventure without pre-scripting and that can interpret all, not just limited, input.

Zak have you played D&D in VR Chat yet?
How about in RecRoom?

We can make a whole Gaming House with a gaming table and chairs. If need be we can switch the world to a dungeon or whatever setting. It could turn into a mix of table top and live action.

I worked at Texas Instruments lmao

It's one of the major reasons why I absolutely prefer to prioritize playing D&D with new folk that haven't picked up bad habits from ivory tower design TTRPGs. It's also a weird genetic legacy in a game like 5e, and despite (good, but misdirected) metagame effort to stop gatekeeping, it's fundamentally at odds with its WOTC lineage.