As Violent As A Static Object Can Be 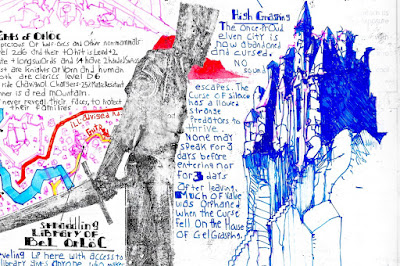 The new Cube World, Some Semblance of Civilization, is up in the store, lots of buildings and scenery and other sandbox stuff in this one. A lot of the pieces and parts are stolen because what I like to do when I draw is watch Jonathan Meades' videos on architecture.
For sheer D&Dability think the first chapter of this one on brutalism is pretty good. Meades doesn't just tell you what brutalism is or why you should like it, he always comes to his films with a thesis--in this case the idea that brutalism is less a mid-20th century outcome of modern design plus concrete than an expression of a tendency that has always been there and expressed itself in a variety of architectural styles.

A big, heavy, oppressive hormone that runs through the bloodstream of many eras ad in many places. His filmic essay begins, oddly, with Blenheim Palace, one of the many baroques pile of rocks you might have seen in Barry Lyndon. 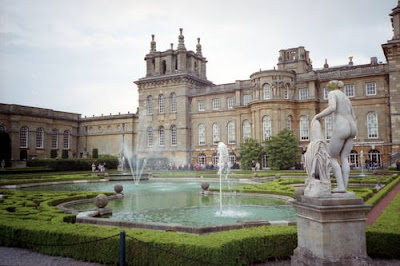 Regardless of whether Meades is right or wrong about this, his thesis about what constitutes the transtemporal brutalist style matches exactly what you'd want from a dungeon: inhuman scale, repetition, artificiality, moodiness, bulk, solidity, primitivism, irrational juxtapositions, causing you to shiver with "delighted horror or unqualified horror, horror full stop".
I think it might be hard for us now to look at that building and see it as a horror or primitive or charmless or "as violent as a static object can be", but you have to compare it to the homey humanitarian-scaled humanistically windowed and humanely carpeted hobbit-holes architects were otherwise producing. Meades proposes charm is the opposite of grandeur, measured on a scale where Hobbiton is on one side and Minas Morgul is on the other. And you have to think of how it felt to live there, and how it must've seemed as you walk up on it--especially in the dark.
Which brings me to... 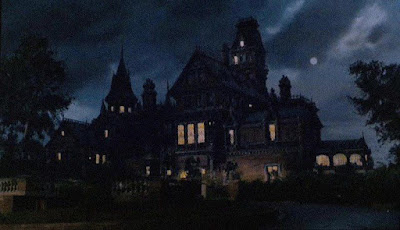 ....the mansion from the Clue movie.
Maybe its only in the gothic-brutalist lineage in the dark? Maybe the point of this kind of building is to always look the way buildings look in the dark? But whatever, like all the best murder mansions, we only ever see it at night.
I wanted to know who designed it, turns out the answer is exciting: Paul Revere Williams. Maybe the most important and least famous Los Angeles architect. A true chameleon, Williams specialized in mansions for weird rich people--in whatever style they wanted. He did the Beverly Hills Hotel... 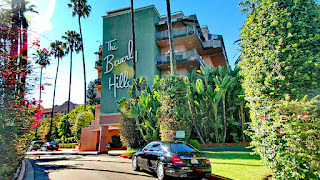 And that weird, now-purposeless building in the middle of LAX: 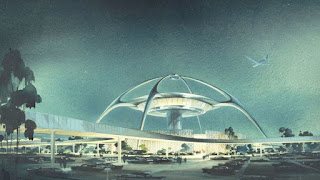 Aaaaand he did Murphy Ranch, which the owner let the Nazis use as a compound here in SoCal until it got raided by the police at the beginning of WW2 (they had their antifa moments I guess, once)... 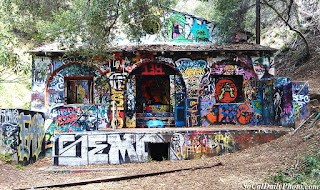 Its nice that Demon City and Cube World can share an architect, but my hands-down favorite fact about Paul R Williams is he learned to draw upside down because he was black and he knew there were white clients who would feel more comfortable sitting across the table from him while he sketched out their plans. 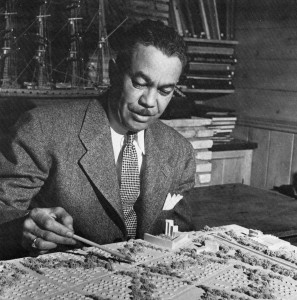 So awesome and horrifying at the same time.