First: if you were into the Black Panther movie, we did this. Ok, now: 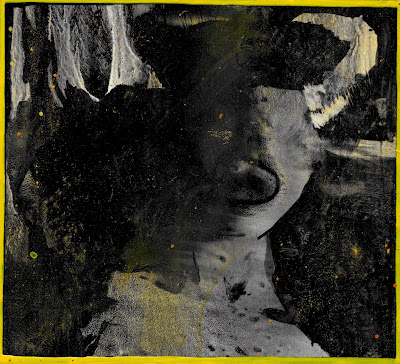 THE DEMON OF THE FIRST ORDER—That Which Opposes

That Which Opposes, The Agonarch, The Star of Mourning, The Other God, Antichrist, the True Demogorgon, The Anticreator is peerless, a fierce demon and agent of every aspect of woe. This one delights in great contests, and seeks division and to divide.

It is said his heir will climb from between the legs of a mortal in birth, and he will be thus his own child—and in this semblance will he conquer.

He will appear in response to only the highest necromancy or the most obscure chain of dark coincidence and often will begin in disguise. His coming will bring portents and birth defects.

To drive him back to the antiverse requires specific and obscure ritual magic. He can be stymied but not ever defeated. He will return.

One does not conjure Satan lightly. The principle question for the Host to ask is “Why here?” “Why now?”—either events have naturally transpired such that the Evil One himself has taken notice (it’s the millennium, there’s been a genocide, the city has finally reached peak corruption, a unique alignment of planets has occurred, etc) or someone has worked very hard to bring him here. If the latter, why did they succeed where so many others failed?
At any rate, an adventure featuring the genuine actual Devil should feature a lot of atmospherics and disturbing scenes long before his hooves hit the pavement.

Demonic: Demons don’t need to breathe or digest, don’t age, and are immune to poison, etc. and cannot be mentally controlled with psionic abilities. Animals will avoid demons in any form. Technological contrivances like firearms and explosives can hurt but never kill The Agonarch—he cannot be brought below 0 Toughness by these means.

Aura of Adversity: When undisguised, the Agonarch’s presence is accompanied by constant minor disasters and disturbing phenomena of any kind—rain erupts, floors become swallowing pools, doors between Him and his victims lock, newborn goats with 6 legs drag themselves from the engines of cars, etc. Generally these will occur at a rate of one phenomena per round in addition to whatever He is doing otherwise. The Intensity of these effects is usually 6.

Domination of the Wicked: This One’s has psychological, biological and telekinetic control of any being proportional to its sinfulness. A target who wishes to resist must Throw Toughness or Calm (as appropriate) vs an Intensity equal to their sinfulness (Host: estimate on a scale of 0-9).

Near Omnipotence: There is little This One cannot do, if he decides to. He can mimic nearly any magical ability in the Supernatural Abilities section at an Intensity of 9. The limits on this ability are: He will only take one action per round (outside the Aura effects above), He cannot directly affect the body or mind of any mortal except within the limits of the Domination of the Wicked ability above, and he is, above all, fond of torture, temptation and play—he much prefers to abuse, pervert, transform and debase than to merely destroy.

Near Invulnerability: This One can only be harmed by magic, or by one who is without sin.

Unspeakability: Unlike most demons, the Agonarch’s true name can never be known, consisting of a single unholy sound in a unlanguage so blasphemous its suppression is itself the fragile spindle which binds into one whole all the living universe.

Unlike most demons, touching a holy symbol, including holy water, does not damage to This One—though it will cause Him to pull back.