While lists of other media to check out are extremely helpful in RPGs, you're often given so much to read that you end up no better than where you started. I, for one, wish I'd been told to read Tales of the Dying Earth or Seven Geases on day one before ever playing D&D--and then let all that other stuff filter in when I got around to it.

So what follows is not an attempt to cover every jewel of the horror and crime genres--this list is just about the most broadly useful texts and starting places, it's assumed the motivated Host can chase down the rest once they find out where their interests lie:

None of these books are world-class well-written, but they get the job done:

David Simon's book Homicide is a fast read and a good primer on how murder detectives do their jobs--fans of Simon's TV shows The Wire and Homicide: Life on the Street will recognize many anecdotes borrowed from the book, but it's all fleshed out in more detail here. Also a good resource on just how extreme modern crime can get without even dipping in to the supernatural.

A Burglar's Guide to the City by Geoff Manaugh is full of real-life examples of how criminals get in and out of summer homes, armored cars and bank vaults. It also does an excellent job of outlining the surprising variety of things a PC party can get away with in the city without attracting police attention. Did you know master criminals really do build scale models in their secret hide-outs? Did you know cops create completely fake "trap houses" to catch burglars? Read the book.

The Ice-Man: Confessions of a Mafia Contract Killer by Philip Carlo is a case study of the infamous Richard Kuklinski. Conveniently for detail-hungry Hosts, he was both a meticulous assassin-for-hire and an omnicidal maniac driven by chaotic inner turmoil. The tedious film featuring Wynona Ryder contains absolutely none of the most interesting bits--like Kuklinski's unhinged autobiographical prison drawings of rats eating his victims, his killing of dozens of homeless men on his way to work just for practice, the way he used every kind weapon on the job from piano wire to crossbows to keep the police from noticing a pattern, or how he'd get so frustrated he'd punch himself in the head until he fell unconscious.

Kier-La Janisse's magnificent House of Psychotic Women is essential to anyone interested in psychological horror. Beginning Hosts will never starve stealing plots and characters from the alphabetized summaries of horror and exploitation films that fill out half the book while experienced ones will learn a lot from the other half: an extended autobiographical essay, in a smart and perceptive style, where the author describes why and how these stories resonated with her during her own troubled childhood and teen years.

The aggressively minimal short stories making up Dennis Cooper's Ugly Man are so far out on the arty cutting edge of the urban and suburban gothic that they still get filed in the literature section. Casually brutal about drugs, abuse, boredom, atrocity and existential terror, they're very modern, very disturbing and--perhaps refreshingly for the kind of Host who tires of femme fatales and mutilated women--very gay. Hosts in search of raw material should appreciate the fact they're almost nothing but plot and voice. If you're worried, go to the store, turn to page 43 and read the surprisingly representative nine-line story Santa Claus vs Johnny Crawford and decide whether it's too weird or too real.

The Alien Quartet by David Thomson is a deep dive into the first four films of modern horror's greatest franchise. Though the Alien movies take place out in space, smart Hosts will find Thomson's nearly shot-by-shot analysis of pacing, characterization, source materials, world-building and imagery shows how minor details conspire to give a story a distinctive shape.

Batman--Arkham Asylum: A Serious House on Serious Earth (not the video game, the fully-painted graphic novel by Dave McKean and Grant Morrison, named after a line in Philip Larkin) is more horrorish--though perhaps less horrifying--than Brian Bolland and Alan Moore's slightly more famous Killing Joke. Gotham has always been a city of psychopaths but in terms of density and lovingly-rendered variety of lunacy-per-page nothing in the Bat-catalogue matches Arkham, largely because the creators ditch plot mechanics in favor of a giving us a kaleidoscopic view of the most demented members of the hero's rogues' gallery mixed in with the memoir of the asylum's mentally deteriorating founder.

Although Bill Sienkiewicz's Stray Toasters takes place in more than one building, it manages to be even more claustrophobic than Arkham. Told in gorgeously-painted fragments of image and overlapping first-person dialogue, a Host won't learn much about story mechanics, but in terms of setting a mood of urban paranoia this 200-odd page bad trip can't be beat.

Mike Dringenberg and Neil Gaiman's Sandman issue #6 contains absolutely none of the vaguely positive story-worship and humanism that creeps up around the edges of Gaiman's other work--it's just wall-to-wall awful. A man who can do everything shows up in a diner and makes the diners do, well, everything. It's a raw and disgusting tale of bad things happening to good people. Hosts note: it's made powerful not so much by the victims' fates, but by how clearly the characters are realized before being destroyed. 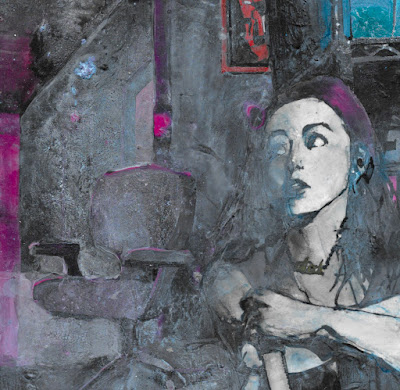 Although Demon City is about the present, there has always been room for archaic imagery in every kind of horror--Euripedes The Bacchae is arguably the first horror story, and the tale of murder and zeal still has eminently stealable lines: "Now through the shattered skull the blood smiles". Other Googleable sources for Hosts keen on internalizing the rich and rigid cadences of cultist-speak include The Lesser Key of Solomon and, of course, the King James Bible (particularly the books of Job and Revelations).

If you don't know HP Lovecraft, the short story Nyarlathotep contains the most of what's original in his work (the stunning and stunned turns of phrase, the intimations of a colossal, nihilistic mythology) and the least of what's familiar from his more conventional works and their imitators. It's about a page long and, like the rest of his work, in the public domain--the best place to start if you're wondering whether to plunge in to the longer stuff.

If you've seen Carrie and The Shining and want to get further into Stephen King's world of horror in parking lots and office blocks, the short story collection Skeleton Crew is a good survey, with The Mist and Nona giving the best idea of what the novels are like.

Shirley Jackson is the missing link between the fevered mythography of Lovecraft and King's horror-as-wound-in-the-modern in terms of both era and style--her short story The Lottery is easy to find on the web.

Thomas Harris' Silence of the Lambs is not only the best of his Hannibal Lecter books, but probably the best written popular example of the overlap of crime and horror--rich in procedural and psychological detail, well-paced, thoughtful, and stylish enough to have caught the attention of literary types like Martin Amis (who gave it a rave review) and David Foster Wallace (who put it on his syllabus).

Of the delights and terrors of Toshio Saeki, Junji Ito, Kazuo Umezu, Suehiro Maruo, Shintaro Kago, Hideshi Hino and their ilk Google knows far more than any human should. Type in a name and image search until you get a good idea for a monster or become too ill to continue.

As to actually diving in to the stories, Suehiro Maruo's Mr Arashi's Amazing Freak Show is a decent introduction to the depraved body-horror and pitiless psychology typical of both the plots and "NPCs" in the genre and is available in official English translation. 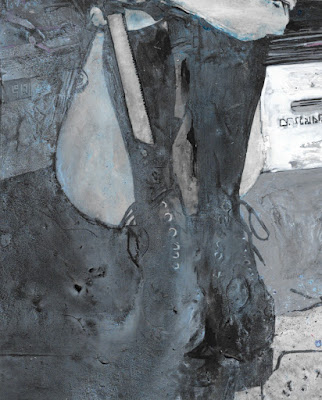 Oof. Aunt in Japan sent me some Junji Ito for Christmas a few years back. It's horrifying in such an intimate way.

Huge crime nerd, Id always recommend the Parker novels by Richard Stark for people interested in heisters. Spare workmanlike stories of just a guy putting together a crew and doing jobs. The Score involves robbing a while mining town. Prisoners and criminals often wrote to Westlake (Richard stake is a pen name, also the Richard in "Richard Bachman") thanking him for capturing them so well.

I will brush up against Stark in the film section, because I recommend Point Blank.

Nice! This list is super helpful to me too, thanks for putting it together. I grew up so scared of horror movies that it's been a long road slowly getting into them. Reading Sarah horrocks has helped a lot. Have you read any Brian evenson? His short story collection A Collapse of Horses is sorta ligotti meets Cormac McCarthy but if you were kicked out of the Mormon church.

Although one can argue (with general accuracy) that the book is better than the film, I'm always impressed with just how much Harris' The Silence of the Lambs proves this (and the film is a classic). As a side note, I read that book to pass several hours while serving on jury duty. I got a few interesting looks...

An interesting parallel with the clarity of the insane is the clarity of the sane perusing insane objectives. For this you need look no further than WW2: either the completely beurocratic horror inflicted by the Nazi's or the insane but meticulously executed plans of (particularly) the British secret service including but by no means limited to Operation Mincemeat https://en.m.wikipedia.org/wiki/Operation_Mincemeat

Ignore that. The problem was apparently on my end. Enough refreshes fixed it. Thanks for the resources!