6 Games You Don't Have To Play Before You Die 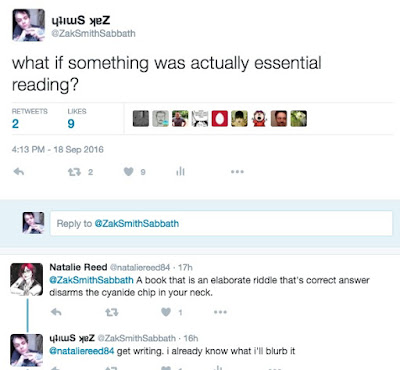 So saying something is 'must-read' or 'must-play' is dumb, and, at-root, a creepy arrogant steamrolling over the ineluctable modality of being. I remember that list of 100 games to play before you die that went around--and I'm sure there were some lovely games on it--but seriously play 100 RPGs? Ever heard of Sturgeon's Law? Games exist to serve you, not the other way around.

That said, here's a list that's RPGs that are Essential to play if you want to experience and learn some things I thought were worth learning and experiencing. Bonus: in order for newbies.

Not only will you then know what everybody is talking about, it's a game with a culturally broad enough premise (everybody knows what an elf is) and an open enough structure that you'll probably find a way to slot yourself into that universe. Obviously if you hate fake-medieval magic settings don't play, but seriously duh--if you don't like the genre don't play the game that is in that genre, I won't point that out again.

I haven't seen the latest edition, which I hear is worse, but every ed until then was good. You learn two things:
-A system which is basically D&D but with a whole other % and Sanity system bolted on works fine
-Hey you could probably use this system for, like, almost anything if you just changed the skills....

You could also play Pendragon here instead, which has a trait system instead of a Sanity system but is based on the same system and teaches many of the same lessons.

Have someone else make your character, though. Then experience the rich anticipation of finding out how horrible your fumble is, or the unique and gory detail of your new crit. See die results you will never see again--plan the fuck out of your combat or die trying. Also realize character generation that is too complex to do yourself is...not really a big hurdle if there are pay-offs.

You already played Call of Cthulhu, now you can compare. This is the Indie way of doing things: Movie-inspired rather than literature inspired, open-ended, relies on you (the player) to invent details, requires you to maintain tone, ultralight, best in one-shots. Plus, as one of the few postForge-RPGs where the author isn't either a chronic online psychopath or in a close business relationship with one, it's one of the few Indie games where your money spent won't go to fund online harassment.

6. RIFTS or something else Palladium

This will be your first experience with a genuinely wall-to-wall fucked-up system. It will probably also be fun anyway--which is an important lesson to learn, plus we need a sci-fi game here.
-
-
-

Traveller; introduces non gamblers to the genius of 2d6 probability spread in a closed system.

Nice list. With Doug Stanhope's "This is my stupid" in mind Kult would be my only addendum and that was entirely geeking out on the setting but I feel you have it covered with Dread for all the reasons you list.

The old West End Games version of Star Wars would be my #6. If someone hasn't experienced a fucked up RPG system by the time they've encountered this list, they've been damned lucky.