There is a charity raffle for a no-kill feline shelter with fabulous prizes including signed by me copies of Vornheim and Death Frost Doom the raffle is here, check it out. 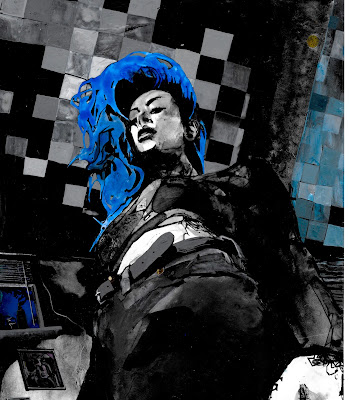 The vampire’s curse is manifold, but the overarching principles are:

-Like addiction incarnate, the vampire is first of all drawn to despair—as carrion birds to an open wound. So long as it does not sense despair, it will not—and need not—feed.

-The vampire can do nothing to alleviate despair in a living being other than murder it.

A dead thing but animate, the taste of hopelessness borne in blood gives the vampire such life as it has. Some do nothing but sleep in windowless basements in ruined factories or dying warehouse districts, emerging when wrong turns bring misery seeping past the baseboards. Others leave the city, bury themselves beneath lonely fields, and do nothing for decades.

Some—especially the youngest—alleviate the tedium of immortality by mixing with the living from whom they’ve seceded—and, unavoidably, given the ubiquity of despair, must kill every night. They are well aware that they are literally killing out of boredom.

Some whisper of a colony in the deepest Antarctic, spawn of a single fatal 19th century expedition, undiscovered by anyone, hungerless, unkillable, far from human misery, never feeling the cold, content to forever explore the bright ice, sophisticated now, with a language grown their own.

Joining them, if they do indeed exist, would be complex—the vampire cannot cross open, moving water while awake, restricting most to either hunting in the districts in which they were created, or relying on enslaved humans. 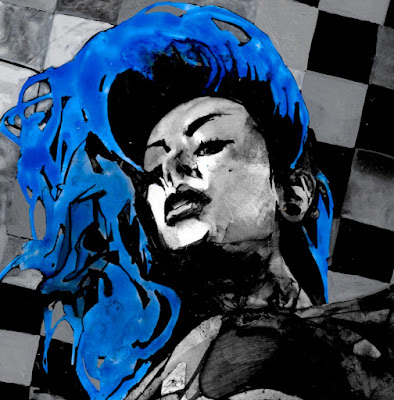 All vampire stats can go as high as 10 as the vampire ages.

Special abilities common to all vampires:

Undead: Vampires don’t need to breathe or digest, don’t age, and are immune to poison, etc. and cannot be controlled with psionic abilities.

Sense despair: Range is 100x the vampire’s perception score in feet, though the detection is imprecise if the potential victim isn’t seen, like hearing a sound without knowing the source. Range is doubled if it is the despair of a virgin.

Bite: Does damage as an ordinary physical attack, Lost Die unless delivered on a sleeping, grappled or willing target.

Create spawn: If a victim is so despondent as to welcome the vampire’s bite, the vampire can create a new vampire by draining the victim completely. Over the following week, the new creature gains all the typical vampire’s special abilities and weaknesses and, over the coming months, one point at a time, modifies the victim’s characteristics as follows— Agility +2, Toughness +5 (minimum of 6), Perception +3, Appeal +1. Calm is reduced to 0 until the new vampire feeds (or Calm goes negative if it was already 0), at which point it has a Calm of 1 or its starting score whichever is lower.

In addition, elder vampires may possess some or all of the following abilities:

Shadow movement: The vampire can move without a sound in dark or shadowy places, and requires a perception check against at least a 6 to be seen before it strikes.

Transformation: The vampire has an alternate animal form which it can take at will—but the transformation can only take place when the creature is unseen. The animal form has the agility, toughness, perception and appeal of whichever is higher—the animal form or the original. Typically any given vampire only has one alternate form and typically this is a bat, wolf, rat, scorpion, spider or firefly. There may be a breed of amphibious vampires that can cross heavily polluted water which can change into a manta ray. These alternate forms all have pitch black eyes and are eschewed by genuine animals unless the vampire exerts an Animal Enslavement ability. 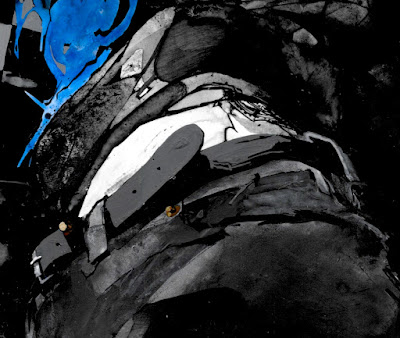 Weaknesses common to all vampires:

A vampire cannot willingly alleviate the suffering of a living being, except by killing them.

Sunlight causes damage to vampires each round as an ordinary physical attack.

The holy symbols of any faith causes a vampires to make a Calm check or flee until they are out of sight. The intensity of the calm check is equal to the degree of fervor of whoever is wielding it (1-5). In the case of an incidentally encountered symbol (a glimpsed church steeple, for instance) the intensity is 2.

The smell of garlic works the same way.

Touching a holy symbol, including holy water, does damage as an ordinary physical attack.

Vampires may not cross running water open to the air, no matter how narrow the stream. For these purposes “open” means “the fixed area where the water runs has been exposed to open air through which sunlight or moonlight could penetrate” (the water stores the essence of the light which harms vampires) thus a vampire could walk on a sidewalk that had a sewer beneath, but not over a bridge, and they can cross frozen rivers. The distinction between a very wide bridge and an open-ended tunnel through which water flows is relevant here—if the inner reaches of the tunnel never see natural light, the vampire may cross the ground above it.

A vampire may be killed by a wooden stake through the heart. Aiming specifically for the heart in combat would typically lose the attacker a die unless the vampire is grappled.

Vampires cast no shadow, have no reflection, and cannot enter a human’s residence without being invited.

In the presence of a despairing human of any gender the vampire is attracted to, the vampire must make a Calm check vs the target’s Appeal to avoid immediately attempting to bite them. The vampire must check each round the target can be sensed in any way if the victim's Appeal exceeds the vampire's Calm.

Vampires at 0 Calm frequently contract Arithmomania in addition to any other psychological problems—causing them to pause and count any spilled quantity of rice, balls bearings, nails, etc dropped in their path.
-
-
-

Cannot +1 this enough. Vampires are my favorite aspect of horror fiction, and it looks like you gave them fresh nuance in Demon City.

Just finished We Eat Blood and it's got me in a serious mood for some freaky ass vampires. This is sweet. Super stoked for the eventual play-test doc for Demon City.

Every time you post something excellent like this, I get more and more excited for Demon City. I feel like you've taken the traditional aspects of the Vampire in horror fiction and added a lot of depth and nuance and made it your own.

Did you see +Joseph Manola's recent post on vampires? Thoughts?