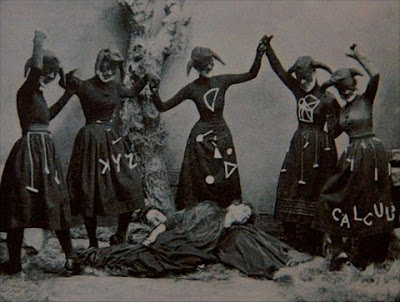 1, Multiple sacrifices, each must die as their father did
2, Murdered by exposure to terrible winds
3, Sealed in stone then dropped in the water
4, Wrapped in fine worm silk until suffocated
5, Wrapped in ancient skin and drowned
6, Burned alive by the sun
7, Scalded by lava or molten metal
8, Eaten by bacteria
9, Snake or vermin inserted into body, orifice sealed, eaten/poisoned from the inside
10, Force fed a cobra’s venom sac
11, Force fed 200 moth orchids
12, Buried alive 20’ down
13, Impaled on a steel spike
14, Impaled with a icicle of their own frozen tears
15, Decapitated with a knife of bone
16, Lungs removed with a knife of diamond
17, Tied with jade vines and eaten by eels
18, Thrown to crocodiles
19, Chained in iron and killed by a parent of twins
20, Strangled with an octopus tentacle
21, Dissolved in acid
22, Bandaged and embalmed, organs removed
23, Cut with silver wire
24, Held with pig leather and branded with pokers
25, Carved open with ram’s horn
26, Asphyxiated with jackal’s innards
27, Force-fed eyes until stomach ruptures
28, Blinded, then deafened, then silenced, then slain
29, Crushed beneath bodies
30, Torn by rabid animals
31, Drugged and consumed by pirahna
32, Given to panthers
33, Bound with own hair and stung by crawling things
34, Drawn and quartered by blind horses
35, Killed by those most trusted
36, Held down with coffin nails and eaten by vultures
37, Killed with a knife 900 years old and never used
38, Killed by poison from an untouched cup
39, Slain by lightning
40, Given a plague
41, Locked in an iron maiden
42, Skewered on a dagger that once killed a king
43, Killed in combat with another sacrifice
44, Driven mad and made to crawl
45, Punctured in 9 places
46, Stomach filled with black beetles
47, Skull crushed with a stone hammer
48, Cut in five pieces of equal weight
49, Covered in salt and pierced by stakes
50, Cannibalized by children of 10 years or less
51, Ripped open with volcanic glass
52, Sewn to functionless limbs
53, Pelted with rocks from above
54, Boiled in a vessel cast by a bastard
55, Crucified inverted, pierced with copper pins
56, Skin removed with a malachite scalpel
57, Hung with catgut
58, Caged and pierced from north, south, east and west
59, Sawn open with a weapon lined with tiger’s teeth
60, Sliced slowly with a razor used to cut seven men
61, Suffocation in ash
62, Fed the shards of cup from which only a virgin has sipped
63, Killed by a family member
64, Killed by their own hand
65, Buried underneath bleach-white items
66, Bled out from small cuts in the shape of sigils
67, Disemboweled with weapons of nickel
68, Throat cut wth the hooves of animals
69, Drowned on dry land with the waters of three oceans
70, Drowned in priests’ saliva
71, Drowned in mother’s blood
72, Drowned in mother's milk
73, Drowned in the purge fluid created when organs decay
74, Rent with fragments of a lovers’ skull
75, Neck pierced from eight directions with ebony
76, Taken apart a half-inch at a time
77, Drilled open from three directions at once
78, Killed unwittingly by a friend
79, Killed as the sun rises
80, Battered with a gemmed gloved
81, Killed in sleep
82, Multiple sacrifices, each kills the next
83, Three killed in one motion
84, Smothered in a funeral shroud
85, Kept alive in torture 9 days
86, Immersed in tar
87, Pushed from a tower
88, Set alight by sunlight focused through lenses
89, Immolated in a bonfire fueled by human fat
90, Throat stuffed with tongues
91, Exsanguinated by hundreds of leeches
92, Killed as a summoned thing emerges from its body
93, Sacrifice’s members delivered to four corners of the earth
94, Clawed by crows, called by the ceremony
95, Crippled then left to fend off hyenas or coyotes
96, Eviscerated at the point of erotic climax
97, Parietal lobe perforated by ancient bronze forks
98, Killed by shock
99, Killed by a weapon handled by 7 honest men


00, Stabbed and dropped in a black pit

Excellent stuff for blending with Carcosa in my current ad&d game. Thanks.
Also, I bought or would buy all of those albums.