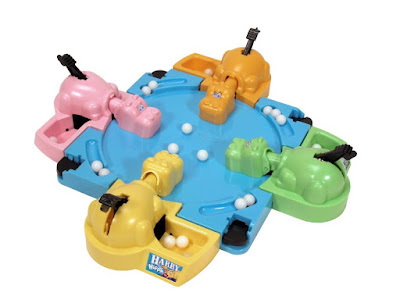 Elementals are boring. A clear framing of the problem and some good solutions for the basics of the problem are here on Chris Hogan's blog, but the underlying problem--which generates the others--is they lack personality.

To take a 3000-foot view, there's just too many conflicting conceptual demands on them--on the one hand, earth air fire and water are supposed to be interesting because together compose everything. On the other hand, the metaphysics of D&D (and Shadowrun and RuneQuest and Elric and RIFTs and other games that use them...) have other Primary Forces with way more personality like war gods and Tiamat and Cthulhu. The dullness of their powers and appearance and behavior comes out of the fact they don't really have a thing.

Taking a tip, like yesterday, from a dead Milesian philosopher--this time Anaximander, here's one: the elements are always fighting each other. Every time you summon an elemental, things go out of whack.  They live on their planes, but they have reluctantly agreed to let ours be neutral ground with no one element predominating. Magically bringing a sentient quantity of any element onto our plane fucks that up.

You summon a fire elemental, things go ok for 2-3 rounds, then the earth begins to rebel, the water and air, too. You can make a table for each element, like tremors start, the moisture in your body begins to increase and slow you down, the wind picks up or it gets hard to breathe.

Any elemental monster on our plane will eventually attract three counterparts to tear it apart. Water weirds bring xorns and dust devils and firesnakes.

Rather than being personified like scheming gods, the elemental consciousness is chemical--they just seek a balance. It may be too much of a stretch to imagine them as complex villains while keeping to their extraordinarily simple (and thus easy to grasp) themes, but making them always and inexorably react to each other at least means each one implies something else--and that's a big step toward making them move from just a ball of numbers wizards whip out once in a while to adventure fuel.
-
-
-

That is really a great idea which I will use at the table my next opportunity. Thanks!

Elementals are boring and don't have much motivation (without development time by writers and DMs), that's likely why they are summoned to do the bidding of others.

I just phased out the elemental planes and have elementals manifest from the world itself. In essence, when you call and elemental, you form it out of that element from your environment and give it a soul. Not only does this mean that the players have to start fires to summon fire elementals (which is awesome) but they also have be careful with where they are. While summoning an earth elemental in a desert is might get you a a thirsty sand snake lookin' thing, casting the same spell in a graveyard is just asking for bad shit to happen. Hell, can you imagine if a player tried summoning any elemental in Death Frost Doom?

What about places where one element dominates (as near volcanoes, for example). With the fire overwhelming and already out of balance, would a summon of fire elemental cause any additional reaction?

I like the described idea. It fits very well into dangerous but not completely chaotic/random magic. Thank you.

A volcano, including the molten rock, is Earth as much as it is Fire. They constantly output gases which are primarily comprised of water vapor and carbon dioxide, as much Water then as Air. Volcanoes are then a violent manifestation of clashing elements, but not an imbalance.

So a summoning more fire elementals near volcano would be like bringing more troops of the certain side to what is already a warzone (thus making all other elementals even more angry than usual)?

Cosmologically, the biosphere represents the truce of the Elemental Kings: Earth & Water isolating Fire from Air.

The Hogan blog says, "The genies (Djinn, Efreet, etc) ...steal the peculiar quirks that rightfully belongs to the true elementals." Sure, so why not make the big ole 16HD Elementals actual genies? Summon a Fire Elemental? Whoops, it can grant Wishes and Plane Shift. And the local Water & Air elementals will move into the area to restrict that Fire bastard's activities. (Earth Elementals move more slowly, carefully, and with finality of purpose)

genies are kind of stupid tho

Well, I have fun with it: my Efreet (singular, never needed another) is modeled on Jafar-as-Genie from the end of Aladdin, +Fire: big, mad, powerful, capricious. If the word itself is what's conceptually corny, call 'em "Elementals" still: I dislike the "Djinn/Jann/Genie" similarity too. "Efreet" gets a pass because it hasn't been overworked in My Culture.

In my games I use a combination of two circular systems to categorize monsters, give them personalities, and motives.

One is the the ring of outer Alignments (true neutral in the center is for modrons, the workmen and stage hands behind the curtain of the cosmic play) with the polarities on opposite sides of good vs evil and law vs. chaos.

I map those onto a similar ring of correspondences in the Manual of the Planes system whose opposite polarities run from Astral at the top, to Fey and Shadow on opposite sides, and elemental at the bottom, with dual natured types in the corners of the grid.

I made a master chart that maps each monster type into its corresponding influences. Ex: Genies are Lawful Evil, and mapped to the bottom left corner between the elemental chaos and shadowfell. Elements being the bottom and death the left side.

That way when I need to improvise or roleplay a monster, I just take a quick glance at the chart and see where its motivations come from.