It's a goddamn golden age of games

Ok, so everybody knows our cup runneth over and everybody has more good advice, cool games and random tables than they know what to do with. Some highlights lately:

If someone were to ask me which person on the internet is most likely to post a thing and that thing is a thing I have to read right away, it's Scrap Princess. Gladiator insects, Shin Godzilla toys, magical girls gone wrong, Planescape done sideways--and maybe maybe doing Secret Santicore again this year? Scrap's feed is the feed to end all feeds.

Blood In The Chocolate 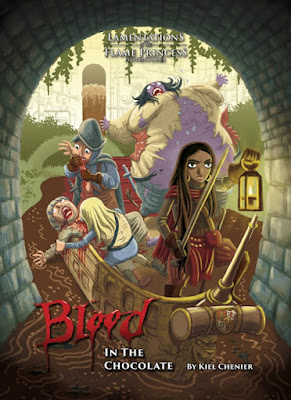 Kiel Chenier's had a weird year--he got stiffed by the Blue Rose people after running their game for them at Gen Con (as part of their ongoing "talk a big game about LGBT diversity but treat actual LGBT folk like rat snot" program) and yelled at by a crazy homophobic person for saying the Pulse shooting wasn't about their dumb game blog. But he's managed to come out of it with an adventure about murder and candy that's getting the Deeeluxe LotFP treatment. 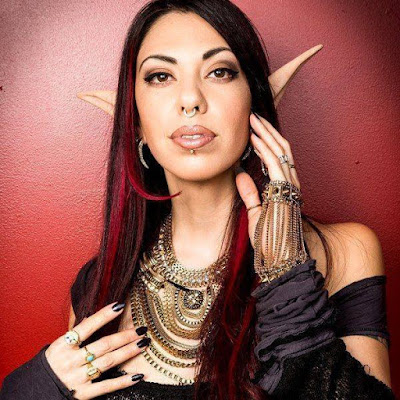 Do you like Eberron? Do you like watching people play D&D for hours on youtube? Do you like the guy who directed Metallocalypse? Well then have I got a show for you: D&Dw/PS's very own repeatedly-dying-elf Satine Phoenix has put together an actual-play Twitch show called Maze Arcana where you can see all that. The stream is live on Sundays and then I think the plan is to cut it up into smaller chunks throughout the week. Sometimes I'm on it, too and they let me play a changeling so i do a lot of voices at least when I remember to because like actually they film pretty early sunday morning so like yeah anyway....

It's nice there are retroclones of old versions of D&D so it's easier for new players to figure out the rules, it's nice they're getting reprinted so people can get their hands on them and it's nice that Frog God Games took a cool step by having Head Witch of Contessa, Stacy Dellorfano, be in charge of assembling the team.

Now I know what you're thinking at this point--Zak, these things are all great, but they're all spearheaded by people who are lesbian or bi or gay or trans or Of Color or more than one of those things--have the straight white cismen of DIY D&D been tapped dry? Fear not: Matthew Shmeer wants your help on a crowsourced hexcrawl, James Mal has a new OSR sci-fi zine and Jason Sholtis of Dungeon Dozen--the world's most useful blog--has a new underworld kickstarter and it looks awesome and I think they're all straight boring white guys like me. 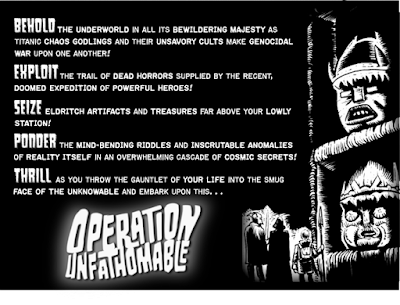 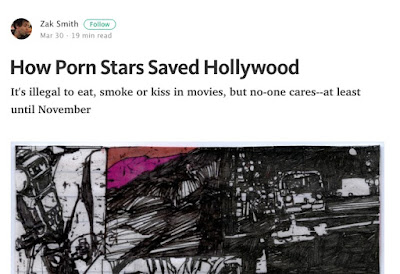 Fun Fact: I still haven't been reimbursed by Green Ronin or GenCon staff because of what amounts to a 'filing error'. Apparently there's just no way they can pay me back.

Thankfully, since meeting actually genuine and supportive people/companies of people at GenCon this year, I'm doing a lot better as a freelancer.

I guess this falls under 'if you're going to shill for your friends, make sure you have awesome friends who produce incredibly interesting and fun things'. I keep having to give my money to these friends of yours.

Well, mostly game stuff. Plenty of tangential things here and there, thought a book you did might fit in. I suppose that's just because I enjoyed it.

It seems to be the sort of thing people around here would like, was the only reason I was asking. I respect the separation of your art stuff and gaming stuff; it just seems the waters are muddy enough and there's enough crossover with Mieville writing the thing that it'd slot in. But hey - your blog, your book. I'm mostly here for the dice rolling anyway.

Kiel, I don't know what your beef was with that guy. "GAMING is a part of CULTURE" is the kind of super-deep insight we have to be willing to make sacrifices to receive.

Hillariously enough, I orbited the periphery of the DIY community and didn't come into direct contact with your work until I read Zak's blog linking to the whole thing.

I'll definitely be buying your LOFTP thing, even if I have to pay in blood to get it.