The Opposite of a Dungeon

It also helps if the opposite is--or is incarnated--in something you also think is good, so you're not just listing off bad qualities you want to do the opposite of.

So, I submit, the likable opposite of a dungeon is Gustav Klimt's landscapes. The Park from 1910ish: 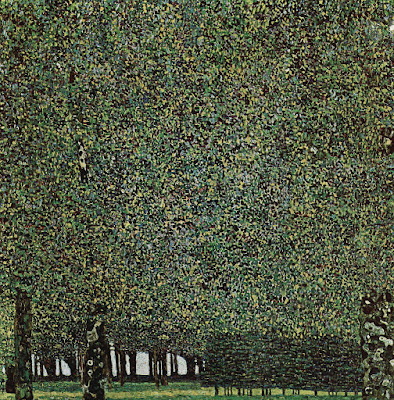 What we've got: Light, space, air, freedom of movement, color, abundance. And, crucially: there are no nymphs, satyrs, weird faeries or even unicorns hiding in these trees--they aren't twisty or architectural--they aren't mysterious. Head out on a day off to the museum and stare into that green and you don't see mystery you see a bubbling static of permission--this is nothing, you're alive, trees are alive, all life is one life, variety is infinite but in that infinity: simple.

Unlike the forest in, say, Durer's Knight, Death and the Devil, these trees don't have any narrative opportunities--they're a terrible place for a random encounter. How would you describe anyone's position? Where's the orc? Where are you?

It's a park and not a forest. A park in the mid-city lunch-break sense: not a national park, not park-land, just green. The purpose of these trees is not to tell you about the trees, its just a place for you to sit and see green.

This is nature as only a civilization where the average person never really saw nature as a threat could see it.

And what is there to see in this green? Hold up your finger to cover the bottom fifth of the painting and you lose all context, it's just colors moving. Nothing concrete--it's pure emotion.

The outside world as just a bright, super-saturated meditation space for whatever you're thinking over lunch, with your bologna sandwich. No demands on you, just openness. You're free to let your mind wander not because the world is blank but because it is abundant with all the signals about what you need: there's food here, there's water, there's no need to worry.

So what's a dungeon then? And what's the aesthetic of the dungeony world that has villages and mountains that also feel of a piece with dungeons?

Unfree, simple wants thwarted, twisted in some way, toward purpose and intrigue. The simple made unsimple. A kind of clarity (Klimt landscapes are blurry) but the clarity shows things you have to deal with. Emotions aren't just there to be experienced --Ah, Spring!-- they're passions in the Shakespearean sense, pushing toward trouble--The King covets the Duke's hunting grounds. Contorted and demanding, everything in the dungeon and the dungeonized world has a purpose or might, every detail a thing, a constant anxiety you're not noticing the things--nothing is an abstract field of open play. 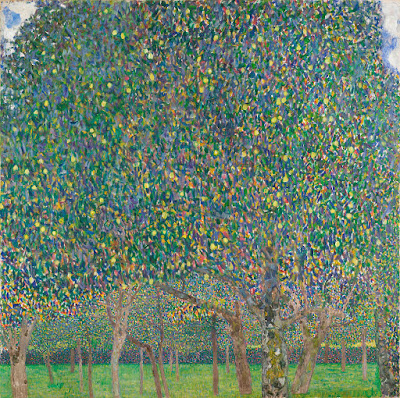 Head out on a day off to the museum and stare into that green and you don't see mystery you see a bubbling static of permission--this is nothing, you're alive, trees are alive, all life is one life, variety is infinite but in that infinity: simple.

I’ve been telling anyone who’ll listen lately that the blue pill is the answer. Take the red pill and you wake up plugged into a computer, fighting an incomprehensible war. It’s a trick.

If you ever publish a book about art, I'm so buying.

If you ever want to see a book from me again, you probably know by now: you guys have to kick back against the harassment campaign.

As good as your writing is, it's the second reason to kick back against it. The first reason is that the harassment campaign is wrong and disgusting, and kicking back against it is the right thing to do.

Zak have to say that would be a good setting for a Among US type of Adventure.

Get the players out of their usual element and yet have them feeling comfortable.

So that if you make multiple comments I can tell that they're all the same person.