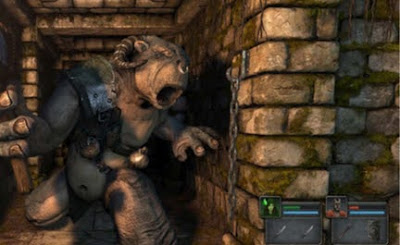 1 CRPGs approach a lot of the design issues in tabletop RPGs in simplified form.

- Because there are more people doing CRPG criticism in a popular, spreadable way (YouTube, streaming)

The kind of militant “x game I don’t like is broken!” school of Extremely Online TRPG criticism tends to take a lot from this simplified form. Like: in a CRPG if x class is useless against y foe (the undead, goblins, etc) that might be bad and unbalanced and less fun. In a tabletop RPG it’s not necessarily an issue because there’s no guarantee y foe ever even show up or play a major role.

But the Game I Don’t Like Is Broken school tends to try to make the problem simpler and more like a CRPG by assuming that the modules released by the company are, for their rhetorical purposes, the game, and so if a monster appears frequently or prominently then that is summed over so that the thing is “part of the game”.

Ignoring the marginal result makes sense in CRPG criticism since the games are simpler and most people will have the common experience. The marginal result is much less marginal in the tabletop RPG experience because customization is a defining characteristic of the form. The whole appeal is the ability to easily swap out the thing that doesn’t work for your game.

3 CRPG criticism has a lot to offer writers of specific commercial adventures:

— Good question: What kinds of activities (looking for stuff, talking to NPCs, killing people, etc) does this specific adventure reward?

——Not as good a question for a whole game/system if the game/system is D&D or a D&Dlike (too many variables about what to emphasize), often a better question if it’s more storygamey game (many have an explicit game-as-module design)

—Like: in CRPG character creation, what does it take to know if a given skill will be useful? Do you want to know? Or would you rather find out in play?

—Meta-knowledge and its role: where’s the line between “finding this out is part of the puzzle of play and an interesting challenge” and “this game is irritating because it doesn’t tell you x and you have to look it up”

——The underlying problem is two little bars—“fun” and “need to solve the problem”. When the need bar is too much longer than the fun bar then you quit. Maybe even telling yourself “Oh I’ll pick the game up later”. Making the “you haven’t figured it out yet” stage fun is key.

——In CRPGs designers literally do nowadays rely on certain hidden info being too obscure to solve for even highly-engaged, skilled players and things that need to be “figured out” by the community, it helps engage a community experience, build the brand, etc.

——In CRPGs designers can also rely on different tiers of players—some have a higher tolerance for figuring out stuff despite less of what everyone else would see as fun (variety, novelty, audiovisual fireworks). The CRPG designer can create separate experiences for different tiers.

—The more replayable a CRPG is the less you need to telegraph it. The fun is trying different iterations. In a tabletop RPG you get what you get.

——This is my problem with “Scenic Dunnsmouth”—how times do I really need to run a spider-cult infested village?

————The same group won’t want to play it twice

————Different groups can all play the same one and not notice

————The only point of multiple iterations would be to customize for the group. So, why make the variations random?

—Telegraphing “what will be rewarded” in tabletop character creation is anathema: the idea is any character you make should work for you and the game, and replaying is not (in most cases) part of the fun.

——However, telegraphing “what will be rewarded” in an individual module is fun. It’s fun for players to try to pick out the right gear, hirelings, spells to tackle a given challenge.

4 CRPG design is always chasing tabletop in terms of gameplay, the possibilities it offers.

—The obvious: Sandboxy vs railroady works differently in CRPG because the CRPG can guarantee more resources and attention will be paid to the more-prepped (railroady) content and because the ability to handle alternate solutions (important for GM and player in a sandbox) is limited.

——Sandbox content in CRPGs is about the problem of ambition: you try to enable a more complex experience, you have a better chance of failing. You need to be a good designer, accounting for more possibilities. Sandbox content for a tabletop RPG is different—you don’t have to be a better designer to write a sandbox than a railroad, but you need the GM to be good. Even if you try really hard to write a sandbox full of connections, affordances, etc, the “processing power” to juggle what you wrote is still the GMs.

————Important CRPG vs TRPG difference: in a C, the connections and coincidences can be invisible to the user, under the hood, In tabletop, a thing not communicated—via clear writing or information design—is a thing that doesn’t exist.

————I still think Dungeon World was just about communicating obvious D&D stuff for the slow kids in the back by using fewer words and wider margins. If you disagree: convince me.

—Tabletop adventure possibility: roll a character, then, working backwards, design an adventure they alone would be uniquely suited to.

——The fun comes from the party who runs it not being this party.

5 Leveling up and inventory management in CRPGs is fundamentally different because of the physicality and logistics of it. You have to take sequential, time-consuming, steps to tell the computer that you want to make these decisions, not just draw some lines on a piece of paper while the rest of the game continues around you.

—Talking to your GM about your character options (fireball or lightning? hmmm) is fun. Not always balloon-animal-fun but you’re talking to your friend, it’s engaging. Pressing a button to tell the xbox yes you want that number there isn’t.

—For that reason well-designed CRPGs try to make these steps worth it, if they’re included. If you put the item on your arm it needs to be rewarded or else why did you have to press five buttons? In tabletop it can be a big deal or not and either way it’s usually ok.

—i.e. In a CRPG one thing happens at a time, mostly (and if not, it’s often stressful on purpose since its multiplayer online). You have to make that spent time fun-efficient. In a tabletop game you are basically at a party with snacks the whole time you do anything. Fun throwaway content is easier to have and doesn’t need to be “worth it”.

—You can make an NPC good in a CRPG by good writing, of course, but also: good voice acting, animation, having them have a lot of behavior outcome options (like romanceability), etc i.e. expending development resources.

—In tabletop, the key thing for a designer is much more about efficiency: quick things that tell the GM who this person is. You can spend 300 hours on the drawing or the NPC backstory and you’ve done nothing to make the NPC better. A quick cartoon picture and “He thinks he’s Julius Caesar but he’s really a two-bit hustler with a Scottish accent” pretty much is all you need. And about as much as you can get across sometimes in a written module.

—All that shit about which NPCs you can romance and which you can’t—in tabletop its a nonissue. Anyone can potentially do anything. That’s nice.

——That said, it might be interesting to write a TRPG scenario that makes it a problem.

—However, in tabletop the chances are the party will only ever get to experience the consequences one of the choices.

I'll have to remember to get you Crimson Cutlass from Better Games.

Been playing that one since 93'.

Think of it as a script from a play. ie
High Priestess Toil: The Satrap must take immediate free-style action to prove he can counteract the area’s magical stimuli. Perhaps, Tasking using Power Words, Feigns, Charismatic Style, Precognition, Telekinesis, Stamina; or else, Limit by any other justified skill or Trait. The penalty for failure should be loss of command status to the designated Grumbler. The demoted Satrap loses all authority, and a new Grumbler is decided at random from the other players. Mishap would also leave the former Satrap the Outcast.

Then make it your own and role play it!

Very cool! Right in my wheelhouse. I've been working on a vintage CRPG for my first computer (TI-99/4a) for a long time and am on the cusp of releasing it.

CRPG's are definitely a different medium than TRPG's. I agree that CRPG's will always chase (and fail to catch up to) a true interactive experience that a tabletop game offers.

One of the strengths of the CRPG is that you can automate a LOT of math that would be cumbersome and difficult to do in a tabletop setting. However, my personal experience was too much of that just made things confusing, weird, and frustrating.

In particular, I started out trying to implement a similar system that the original AD&D books proposed of declaring actions and then processing them in order based on weapon speeds, action types, and so forth. After it proved to not only be hard to implement in assembly language but also incredibly NOT fun, I tore it out and just went with a simple turn-based approach.

a crpg introduced, to me, the most satanic trap in any dungeon crawler - a chest that, if failed to pick properly, turns all your gold to lead. That shit was wild. I cannot imagine even keeping a group after using that in a TTRPH. (Game was Wizardry 8)