Because time's a flat circle, gamers are asking about playtesting again.

Because no-one has the ability to learn, the meta-conversation about playtesting is more interesting than the conversation. It always goes like this:

We have of course playtested extensively and also spellchecked and indexed and sensitivity-readed and bought DeviantArt of the highest quality and so should everyone and we do all things at the highest of qualities unlike those that are not named that might be others than us. This is how The Importants do it.

Angry gamers who grew up Extremely Online on video game websites spending their allowance on glitchy randomware before YouTube previews were a thing think it should be a capital crime to not to playtest and quote extensively about editions of D&D that made them angry that weren't playtested the way they think they should because they consider that edition "broken" and now that they've been around long enough to have turned into game developers themselves claim their games have been extensively playtested by which they mean the game's a Fate hack and Fate is playtested. And also maybe their friends played it.

I tried hard I am earnest I wrote a game it is a poem playtesting is a luxury for capitalists buy my game no-one has ever played it no-one will it is too unique like I am it is an expression of me there are 3000 of me.

I really would like to try some of these arty games but there are so many of them and I'm not sure anyone has ever played them so either I buy them based on the title or I have to join The Community and be part of the Discourse to find out which and which so and...

b) I'm buying it based on the title, I can't get a group together ok more video games

We playtested man. We learned. We heard you. It takes process. It takes iterations. It takes Takes. It's like you go to the mountain and there's a chill wind. It's a winding path. There's goats. Maybe a climbing antelope. Years of meditation. Lava. I have a ponytail. One day you'll be like me. But, baby steps my embryos! You don't need to be there yet. There doesn't need to be you yet. Playtest? Do, don't, visionquest, whatever. It's the experience. Does anyone have to play a game?

Eyerolling because the last thing they bought was 87 Magic Giraffes of the Outer Planes and they know one day they'll maybe use two of them because that's what you do, you pay 5.99$ and get 87 giraffes and then talk about it and then its tuesday and you use it and buy another and playtest whatever giraffes. 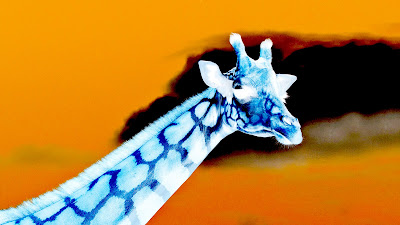 I might be reading too much into the "Old School" one; what about people who assume there was no playtesting, it's probably unusable out of the box, but it lands somewhere on the axis between "needs some houseruling" and "strip it for parts"?

And then there's the occasional product that comes out wholly usable.

Those are smart people. But smart people do not speak up these days, so aren't represented.

As someone who runs a semi regular weekly game, who's profession/career is in product development, ive often been curious how someone gets involved in actual game playtesting. These notes provide an interesting take i had not really considered with regard to what different groups might actually consider "playtesting"