So much depends upon your attitude toward the sky.

In LA--in Sicily and Morocco and all the places Europeans and North Americans call "The South"--half the time you don't even want a roof. The sun is up there, life spills horizontally out, eager to take advantage of it, soak up the sun, providence, goodness.

In The North things are different, God rains semisolid death whiter than bone down on you several months a year and liquid inconvenience half the rest. What's the point? It's on the roof, which is invariably pointed--to keep the snow off. 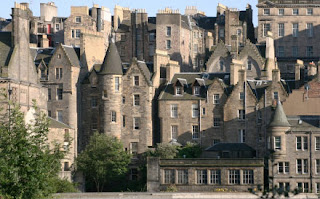 This is The Gothic: Protection from the sky. Protection from God. A pointed roof implies (in churches and palaces and any other structure required to project a sense of power and the ability to create visual unity that power implies) doorways with pointed arches, windows with pointed arches, multiple floors, dense cities close together (to make dashing from front door to stable, inn, or armory, convenient), skinny buildings with small windows.

Power in the north is the ability to create long, tall, pointed, defensive things.

Spikes? Whole cities of spikes. Months spent in darkness. Much is made of D&D's invention in Lake Geneva, Wisconsin--where it's cold.

This also implies: extensive interiors, underground cities (Montreal has one, kind of), tunnels, networks, coziness in-and-despite darkness, storytelling against that darkness, introspection, interpretation (discovering not just the story but the story behind that story--to kill time), torchlight and candlelight versus moonlight, books, research.

Having moved to Los Angeles as an adult I'd also say the North connotes: precision (please arrive on time because conditions might be different later, please make this properly because otherwise it will leak), efficiency, slowness and patience (we'll do it when the season changes) and therefore: planning.

Contrast the Southern Gothic (which is only a common phrase because it implies something new, a great contrast--"western gothic" and "eastern gothic" don't imply as much because the disconnect is smaller): people always outside or at least always hot, where the sun can always get at them, they're always at God's mercy, torn apart, emotional, and so often horizontal: long roads, flat horizons. Dead mules. Mad Max is as southern gothic as Faulkner. The spikes are almost an afterthought, the key signifiers of the southern gothic are dust and rust. Exhaustion. God has already gotten to you. There was never any protection. If The North has any comforts, its the high quality of man-made protection: armor, thick walls, central heating, furs. 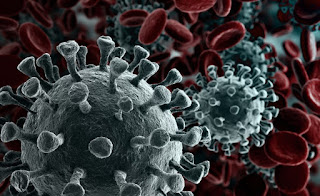 Email ThisBlogThis!Share to TwitterShare to FacebookShare to Pinterest
Labels: style