Thanks to Maxine Hong Kingston 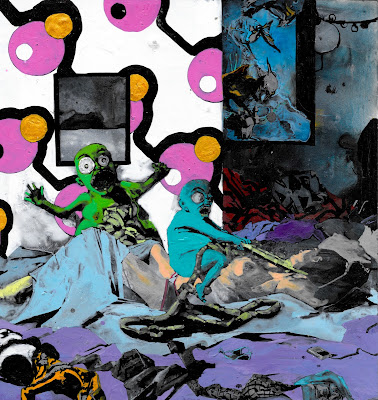 A choking ghost coalesces around the dead soul of a victim whose belly has been sliced open. They kill by strangling victims with their spectral entrails.

Choking ghosts can include: ghosts that kill each member of the conspiracy to murder them, ghosts who kill obstetricians who are negligent when performing caesarian sections, ghosts that haunt the lonely places where they died and disguise strangled trespassers as suicides by hanging.

There are righteously angry choking ghosts that can be satisfied by taking their vengeance for them or by bringing their enemies to justice, but there are wicked ones who cannot. Choking ghosts cannot be exorcised by ritual.

Intestine Strangulation: By throwing its guts over the victims head the ghost simultaneously grapples the target and inflicts Standard Damage. A victim that does not escape automatically takes damage again each round.

Manifestation: The choking ghost appears wherever its next victim is at 2am, usually appearing behind the victim or behind a door. After manifesting, it must move normally and will disappear before sunrise.

A white or bone-colored cat can keep a choking ghost at bay.

They can be touched (and harmed) by anything covered in blood from the bellies of their victims.