The party stumbled on a weaponized wedding between a great procession of Nephilidian Vampires and some vampire knights of the House of Hearts.

The PCs were in the company of the Nephildians and had a unicorn. There's only a single unicorn on  the Looking Glass continent of Voivodja and it was on the random encounter table 2 sessions ago and Connie has it now. And she's still a virgin after five years of rolls on the Carousing Table , so it likes her. And it's named Cornelia.

Everybody in both processions was kinda like Huh……those PCs have a unicorn.

But anyway there was a wedding duel. Vanessa and Laney temporarily played the Nephildians and Connie and Tyler played the Heart side. The Hearts won.

"Thank you!" said Tyler, "We're registered at Blood, Bath and Beyond" 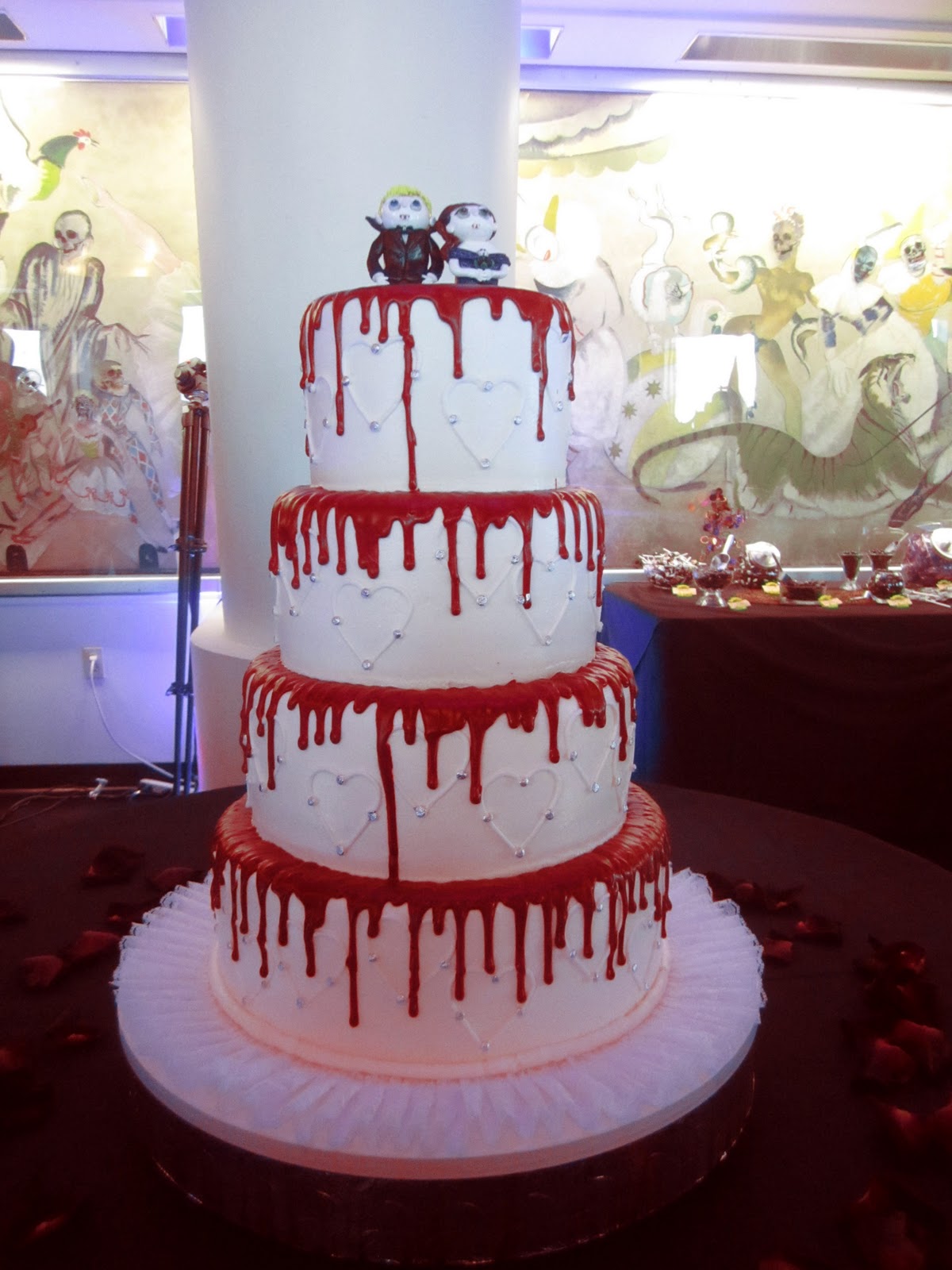 The party retired from the field with the Nephilidians and went to camp with them.

We had a visiting player on hand named Vanessa--she decided to play a thief named Radon and steal the vicar's gospel tome (the gospel of slime).  I do like impulsive newbies.

Failed her roll, got caught. I started rolling up a preposterous Vornheim-style trial (two jaguars: one representing the accuser, one the defendant. The defendant's job is to convince the jury the accuser's jaguar did it.)

Now Vanessa had realized and pointed out that the Hearts would assume the PCs were allied with the Nephilidians they were warily sussing out.

And now Adam--playing Bryan the Wizard--used this notion to save her life and probably everyone else's.

"Wait," whispered the wizard to the Nephilidian queen, "'tis a ruse! We've arranged this all on purpose! The Hearts are no doubt spying on the camp as we speak, assuming we are allies--but now they'll think we're no more than common murderhobos, bent on trinket theft! We'll escape you--their spies will see. We can then sell your foes 'stolen' documents drafted by you especially to deceive them. Do you see?"

I gave him a +4 on that Charisma roll. After all--the book the thief was trying to steal was basically useless and Adam thought that up very quickly. The roll went well. The party left with false papers (suggesting to all the Queen's enemies that they should converge at the Spires of Zombor) and did not have to fight 6d10 vampires.
Massacre Lake


All this intrigue left Laney cold. She'd missed a few sessions and this warring house thing was confusing.

What she wanted was for her skin to stop rotting (long story). Luckily, after the "escape"from the Nephildians, a wise old woman told Laney that she'd be free of the curse if she retrieved a rusted box from the bottom of Massacre Lake.

After about going 30 feet deep (which 4 or 5 10th and 11th level PCs took water inhalation damage diving through, so that was weirdly gritty), Massacre Lake gives way to open air again. And beneath that there's (shockingly) a dungeon. A ruin of the Red King's long-vanished continent-sized castle. 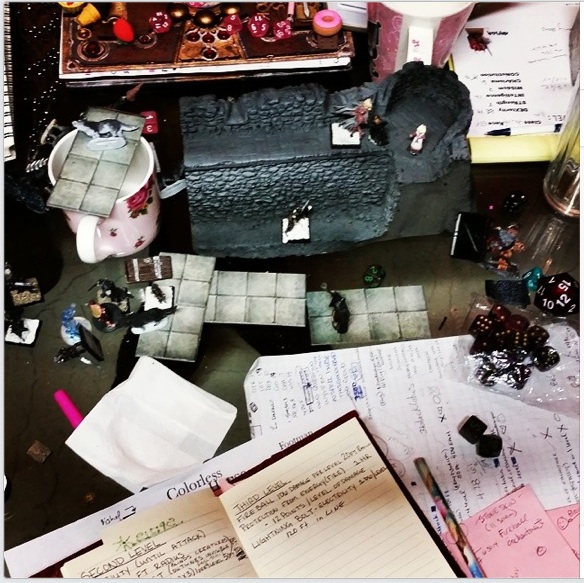 That's Charlotte's notebook down there.

The wolves aren't wolves, they're Mome Raths--a sort of vicious green boar that feeds on failure. Laney--being a ranger--managed to charm one and--being a halfling--started riding it around while slaying its fellows. The rest fell baconishly to fireball and scorching ray.

Laney had a good day in the beginning--leaping from that stone wall onto a hydrocephalic ogre (a Pale Rook, technically) and natural-20ing him over a ledge, among other things.

But then a door opened, revealing a bleak chapel. Connie knocked one Pale Bishop aside with deadly spores, Charlotte quickly counteracted a Blasphemous Frolic spell (Every foe within 50' is seized with the urge to desecrate, fondle, and vomit on the remains of any dead thing in sight… for a length of time equal to 10 seconds times the number of dead in the area) and Tyler, typically impetuous and unlucky, ran through and got level drained by the vampire cleric.

Vanessa tried to help and got likewise shanked. Laney ran in on hogback and rolled a one. I proposed the following fumbles:

2. Then the pig rolled to hit. And rolled the exact same thing. Tyler's down from friendly stabs and hog bites, level drained, unconscious and 2 hit points from death.

Meet me in Seventh-Heaven, dude ...or not. You cannot stay here - our lifetime of only 88ish years is but a test. God blessa youse -Fr. Sarducci, ol SNL

That was a fun episode--and Tyler's "Bloodbath & Beyond" quip was indeed epic.