I Have TWO New Adventures Out Today--And A Contest!

1. Judging from the social medias, a lot of you may already know that Frostbitten & Mutilated, aka Black Metal Amazons of the Devoured Land, aka Amazons of the Metal North, aka The Adventure That Started When James Sent Me A Conan Cover And Said He Wanted An Adventure Like This But With Women Instead of Zombies was released. 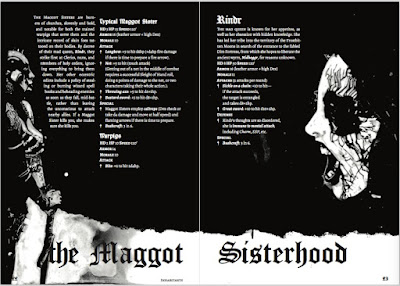 Fuller preview here if you want it. 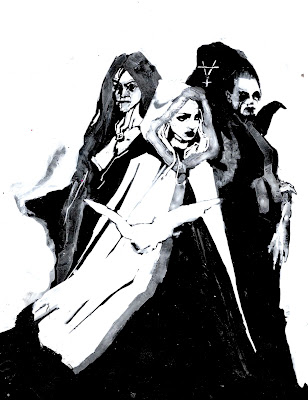 2. But I also have another new thing released today:

The wrecked transport lies in the center of a dark, amoebic spread of leaking fuel and coolant, half- submerged, half-floating on a massive (20-30’ tall) mound of chartreuse high-visibility pre-impact-deployed emergency minipontoons--linked, inflated polymer spheres, each about the size of a  fist, forming a weird barge near a cluster of caved-in half-domes. The effect is something like a scrapheap drizzled over a lopsided pyramid of tennis balls.

So this guy Dustin got in touch with me...

He made an RPG called Synthicide--it's an eccentric design: grid combat plus somewhat mainstream skill system plus kind of Pendragony personality mechanics, including like Cynicism as a stat. It's basically cyberpunk in space, with an interesting Philip K Dickish setting--the universe is mostly run by a robot-worshipping church, for example.

And Dustin was like "Hey will you write an adventure for this?"

And I was like "For a modest advance I would be delighted to, sir!"

And I did and I wrote like 5 times the amount of words I agreed to and he got a good deal.

Basically a prison ship crashes on a planet and there are a number of bounties the party can hunt by recapturing them but they gotta get in there before the other bounty hunters do--there are tenebrosaurs, mutant tracking cats, psychic intergalactic drug dealers, cyborg murder nuns, biological experiments gone wrong and more. I wrote it, and Dustin adjusted a few things and added the stats--I think my original draft is available as part of the package if you want to see the differences.

It takes advantage of the specific factions and ideas that Dustin developed for Synthicide but it's the kind of thing you could use in a lot of sci-fi settings or systems, so long as it has room for some robots and people who hate them.

30 pages, only 5 bucks: the price of a side of fries (fact check: at my local diner that's a dollar more than regular fries and a dollar less than chili fries. Unless you're tipping.). Enjoy! 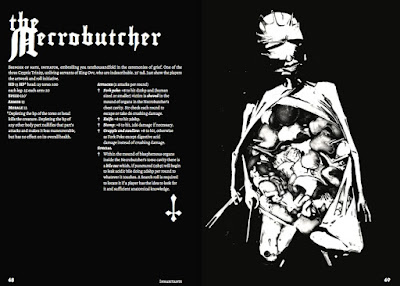 As you may know, neither of the companies releasing these two games is among the biggest in the indie RPG scene.

As you also may know, for the indie game companies that do occupy said Indie game catbird seat, have gotten there by two methods:

A) Paying their creative people fuck-all, and

B) Promoting their games by coming up with a terrible Take on someone else's game, then getting that Take shared, then--even as that Take is being shredded by the actual marginalized people or bewildered new gamers that the Taker supposedly is trying to protect by inventing up with this Take--making it clear that the point of the Take wasn't to help anyone, but instead to advertise a game they're selling.

So in order to do my best to emulate these marketing geniuses and hopefully grab a piece of that sweet Indie pie, I am announcing:

Here's is what you must do--

1. Take your copy of Frostbitten & Mutilated or Target-Rich Environment

2. Important: Label it, at the beginning, on the document, up front, "TerribleTakeContest". (This is a crucial bit, obviously. I mean: what kind of rancid trash person would knowingly write a take they didn't believe and not even tell people?)

3. Write the stupidest Take on one of these game things you can think of below it.

4. Put it up on social media somewhere.

Best Take gets a prize, a page of original art--8x10--from Frostbitten & Mutilated.

Multiple Best Takes? Multiple pages will get sent out. 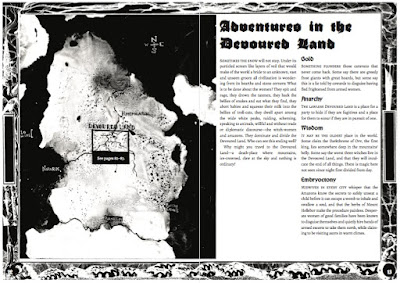 Time to put my totally wasted education to use and misuse as many academic frameworks to fraudulently claim moral goodness to try to win art.