When A Giant Egg Stops Drops And Rolls It Looks Weird

So Mandy had been separated from the rest of the group by a magic ring she had burned into her flesh that teleported her from danger when she went below 0 hp.

Unnnnnnfortun8ly it teleported her right into the lap of a red rook and The Thirster, a demon with hypno-eyes instead of nipples and enough points in Arcana to know to chop Mandy's finger off.
They threw Mandy in a cell and--much worse-- took her stuff. That's 17 levels and 6 years worth of stuff. 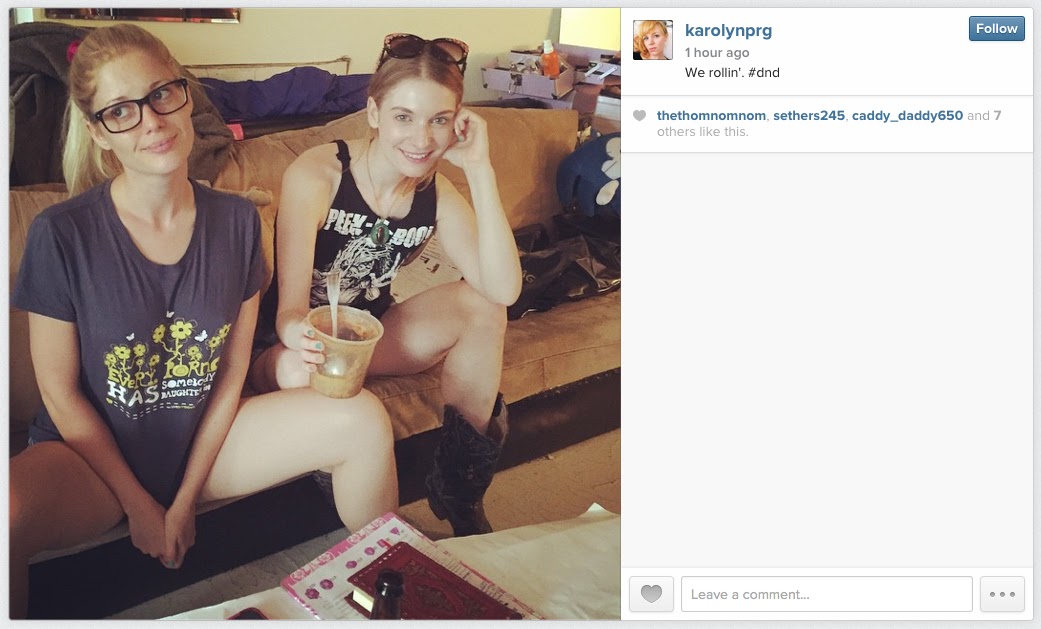 Luckily Ela Darling (right) showed up to roll for the first time today and the dice said she ended up in Mandy's cell.

Joey Vs Skin also showed up to help after a long night at the bar where we saw a lion and I lost my hat after hanging in a bounce castle in West Adams. That was real life. In fake life Joey made a tiefling rogue named Schweppes Mizuno and promptly picked a fight with a giant rotting insect.

Also: it was a butterfly but I only had a dragonfly mini. Sucks to be a fridge magnet away from tournament quality representation, but if the party ever fights Elvis, the Statue of Liberty or Nebraska we're good.

After taking the mothrafucker out the party bumped around the maze… 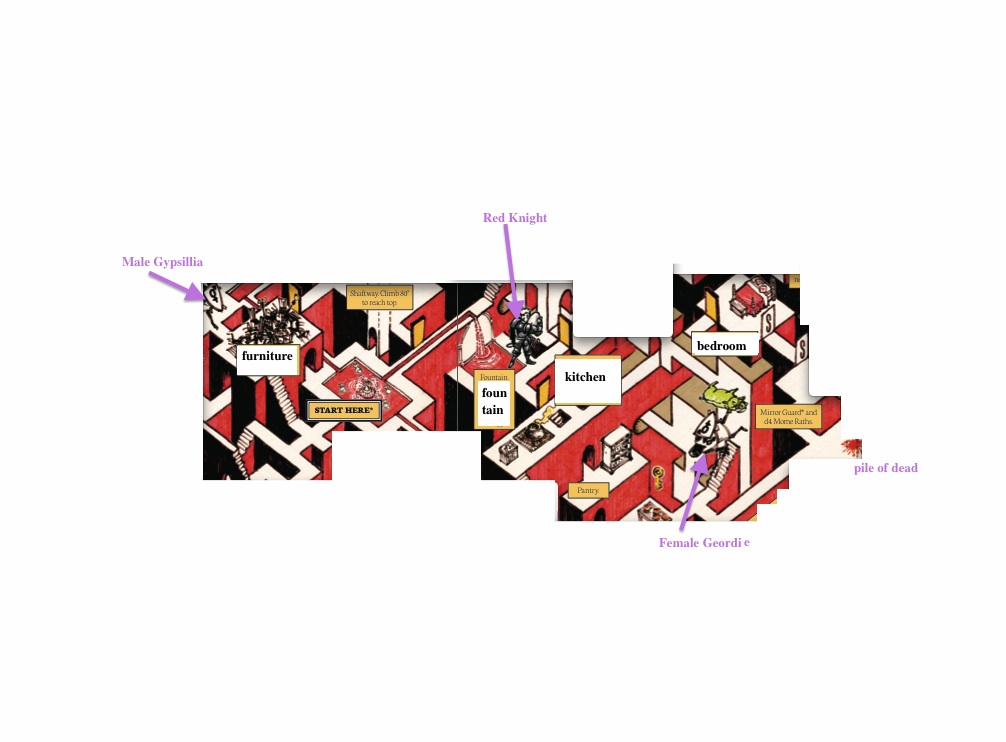 ...while Mandy/Tizane and Ela/Beowyn fought off vampire jailers bent on hiring and/or eating them and then played truth-or-dare ("I dare you to try to cross the protective runes""Uh…truth?"). Ela maintained her charlatan cover as some duke's friend.

Eventually there was horrible vampire-swarm trouble and Charlotte got drained for 3 levels and Ela had to take a half-hour break for an interview and Joey had to catch a plane and then everyone started talking about medical stuff.

So I left and then immediately remembered I didn't smoke so I didn't actually have a reason to leave. So I came back.

When I opened the door the girls were topless. Despite my terror at this blatant attempt to sexualize what I had, until that moment, considered a safe space, I almost managed to kill them all--knocking Caroline Pierce unconscious with mome raths and knocking Mariah the cleric down to 3 hp with rook-hucked chunks of debris while the captives looked on through the bars. But then Ela discovered or rediscovered the whole "setting things on fire" tactic and the monsters' plans went rapidly south.

Everybody got 500 xp but Ildanna the Red Bride still has Mandy's stuff. 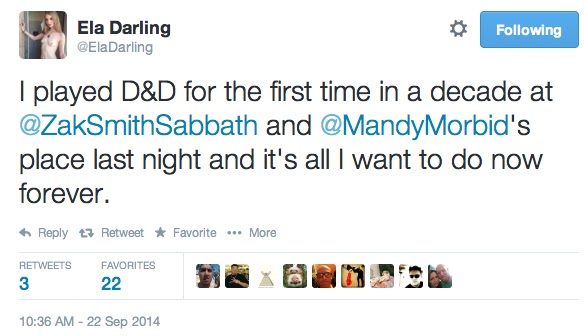 you must find and slay Elvis. as to the finding part, I can help. He is on top of the statue of liberty. no, not that one, the one in Nebraska. good luck to us all.

Coulda been worse. She coulda called it 'Bigboy's Hand' as has happened (once accidentally, many times since deliberately). So many sky-high burgers brought smashing to the ground...