First, to people who are e-mailing in apologies--

Since Mandy's still in the hospital we may not be able to answer every e-mail coming in immediately--but, in general, folks sending apologies for supporting, retweeting or otherwise signal-boosting Tom Hatfield's now-discredited smear job on us:

We appreciate that you are apologizing, that's big of you and provides an all-too-rare example of these dumb online things resulting in a little self-examination. However, we do ask that if you're making an apology you make it public.

We realize that most of this is down to people just wanting to reflexively back up their friends and that's not entirely a bad thing to do--but the mistake was public, so the attempt to fix it needs to be as well.

A situation where dozens or maybe hundreds of isolated trans- kids on Tumblr think their favorite game hates them just because of Tom Hatfield is not ok. And you can make that right--but not with a message that just sits in my or Mandy's inbox and doesn't go out in the world.

P.S. For those who asked: Mandy's doing alright, second feeding tube in, in less pain today but still under observation. We've been able to pay a few games via G+ and watch some movies so it's been alright. Thanks to everybody who ran those. Also: the new wheelchair did finally show up and is awesome. 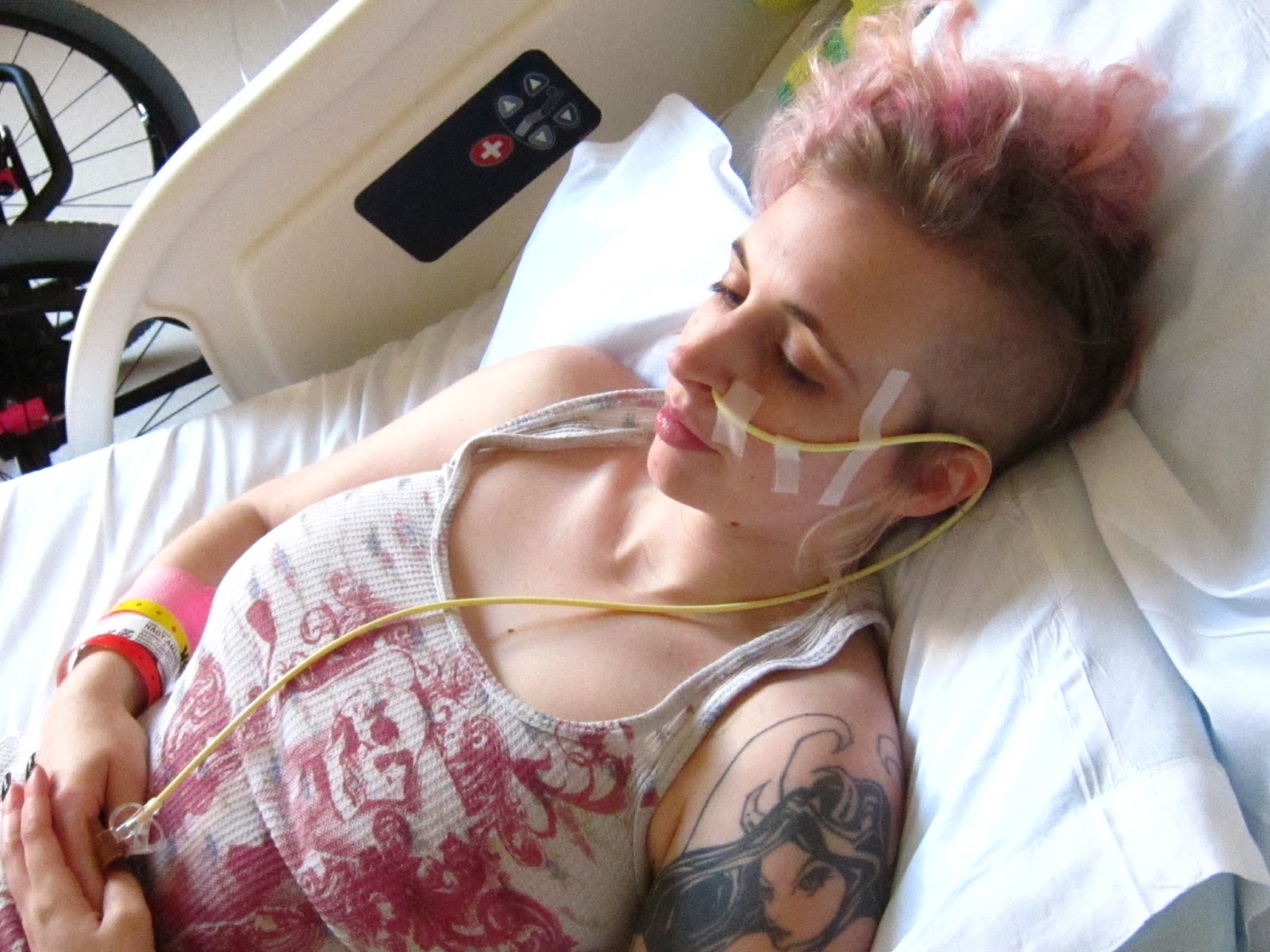 And Now Back To Our Regularly Scheduled Program…

As much as possible I try to hand-draw dungeons for the home group--but for the online game I use alotta tricks.

Chris H (human monk) recently out together a list of all the dungeons and fortresses that've come up in that online game in the past couple years. Since it's a sandbox game and most I thought it might be fun to run through them and how I threw them together. 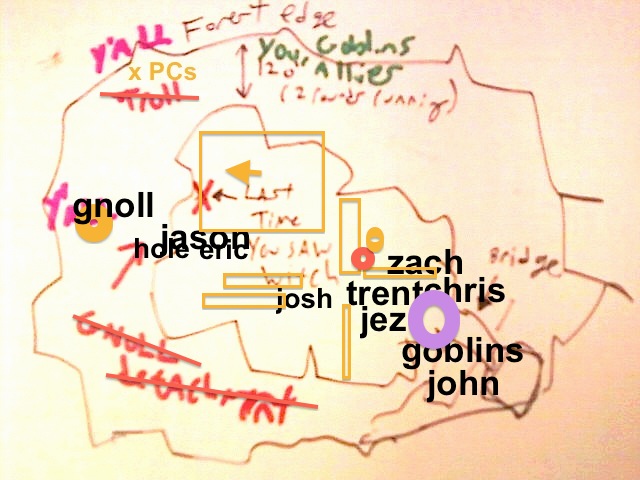 Construction: Exterior was from the random fortress generator--inside was like a circle with a handful of squares in it based on one of those sketchy "fortress with (number) (kind of dude) lead by a (number) level (alignment) (sorcerer/fighter) descriptions in Carcosa.


Fortress of the guy we turned in to a Lich*--(Baron Vorgus)
*demilich, actually

Construction: Ditto, exterior was from the random fortress generator- then made a tiny 3 level sketch map that connected to the Echo Palace (see below). Like 3 rooms had a special stuff, the rest was just whatever monsters were in the warband.


Library of the Snakemen

Construction: This was barely a place--just the idea of a vertical shaft library with Librarians/serpentmen/reptile women in it.

Result: Went down a few runs, then ran out.

Construction: Actually just a portion of the Echo Palace (see below).

Result: Took it over. 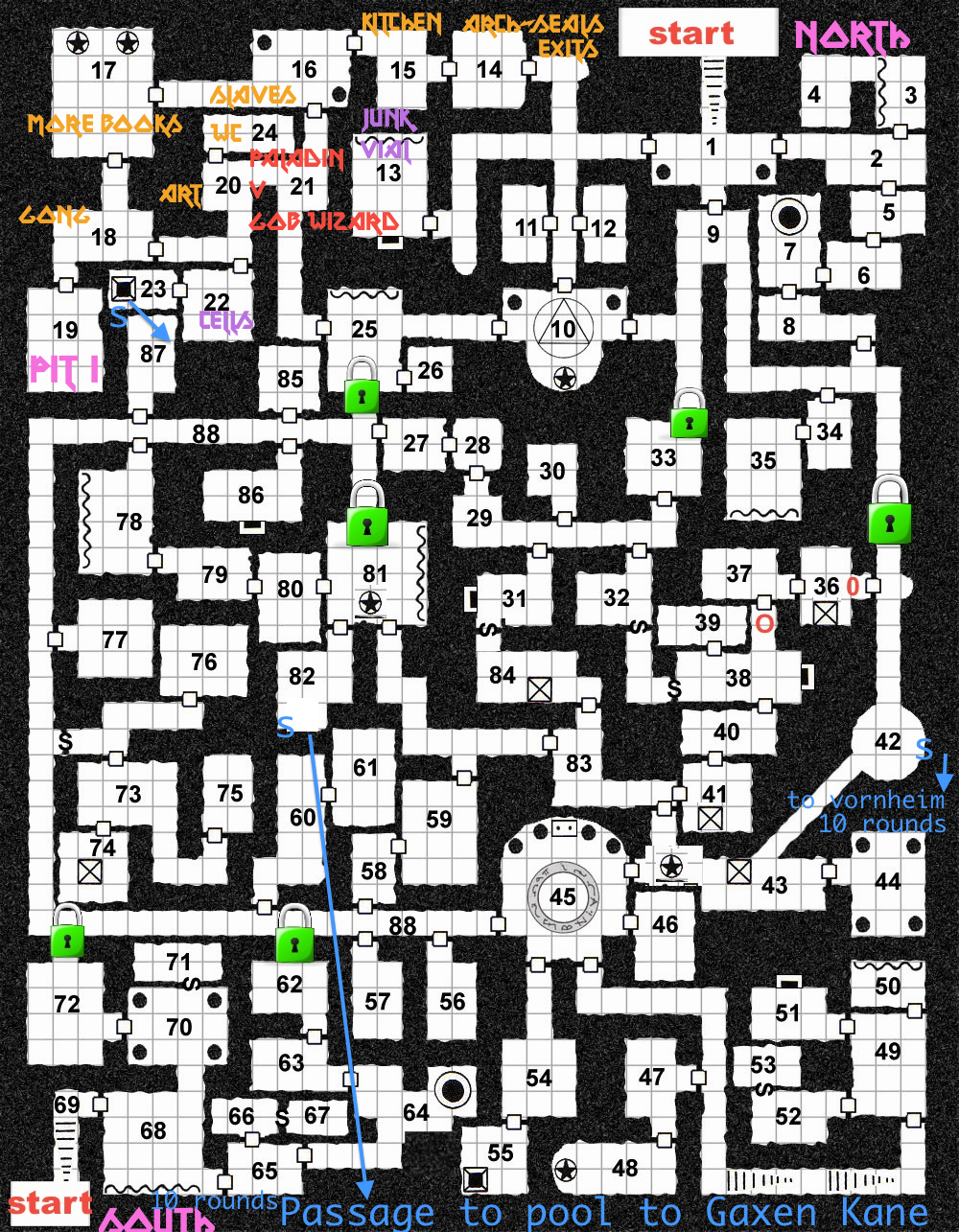 Dungeon Where Mandy Helped Us Fight Lots Of Bad Guys

Result: Went about 1/4 of the way in, got some treasure, fought some dudes, left. 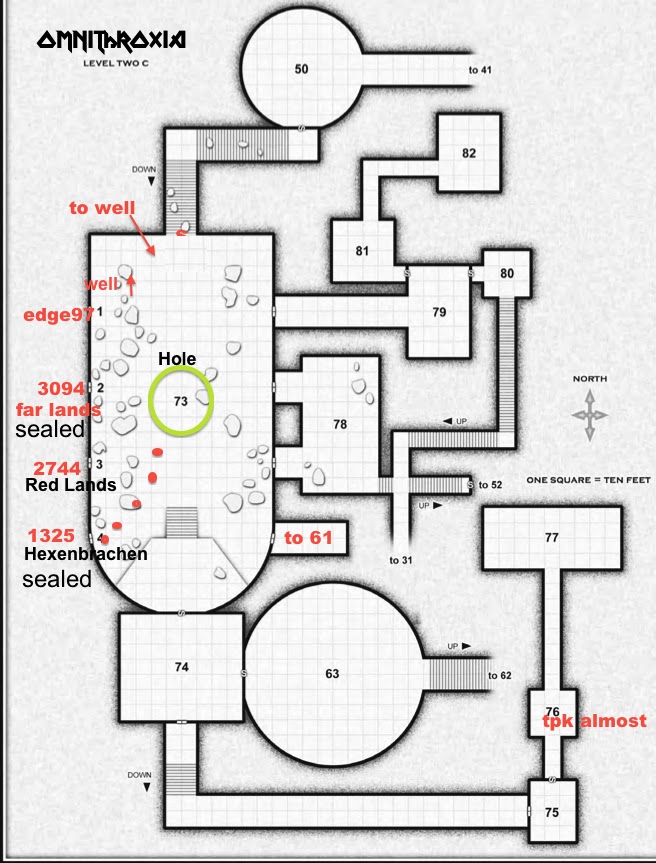 Construction: Heavily modified Caverns of Thracia. I went through and modified it by hand for weeks before for use in my home game.

Result: They did about half to 3/4 of it then it got destroyed during the Slow War. They were there forever. 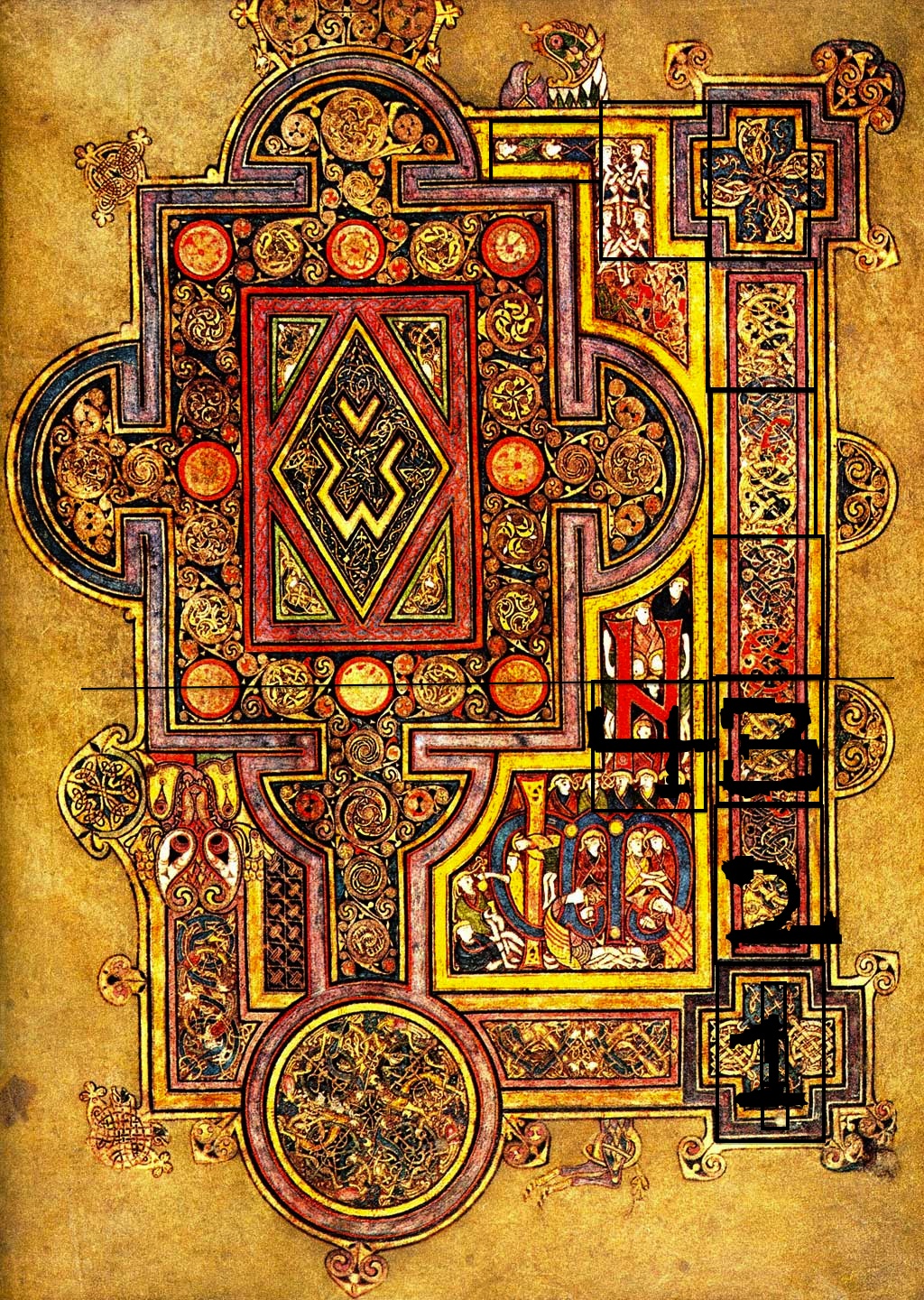 Construction: Mostly index cards--the laid over an image from the Book of Kells, which provided the layout.

Result: Halfway finished, then got driven off by run-ins with white orcs and cannibal mermaids

Result: 3 rooms in, then fled

Result: They never did find the beholder... 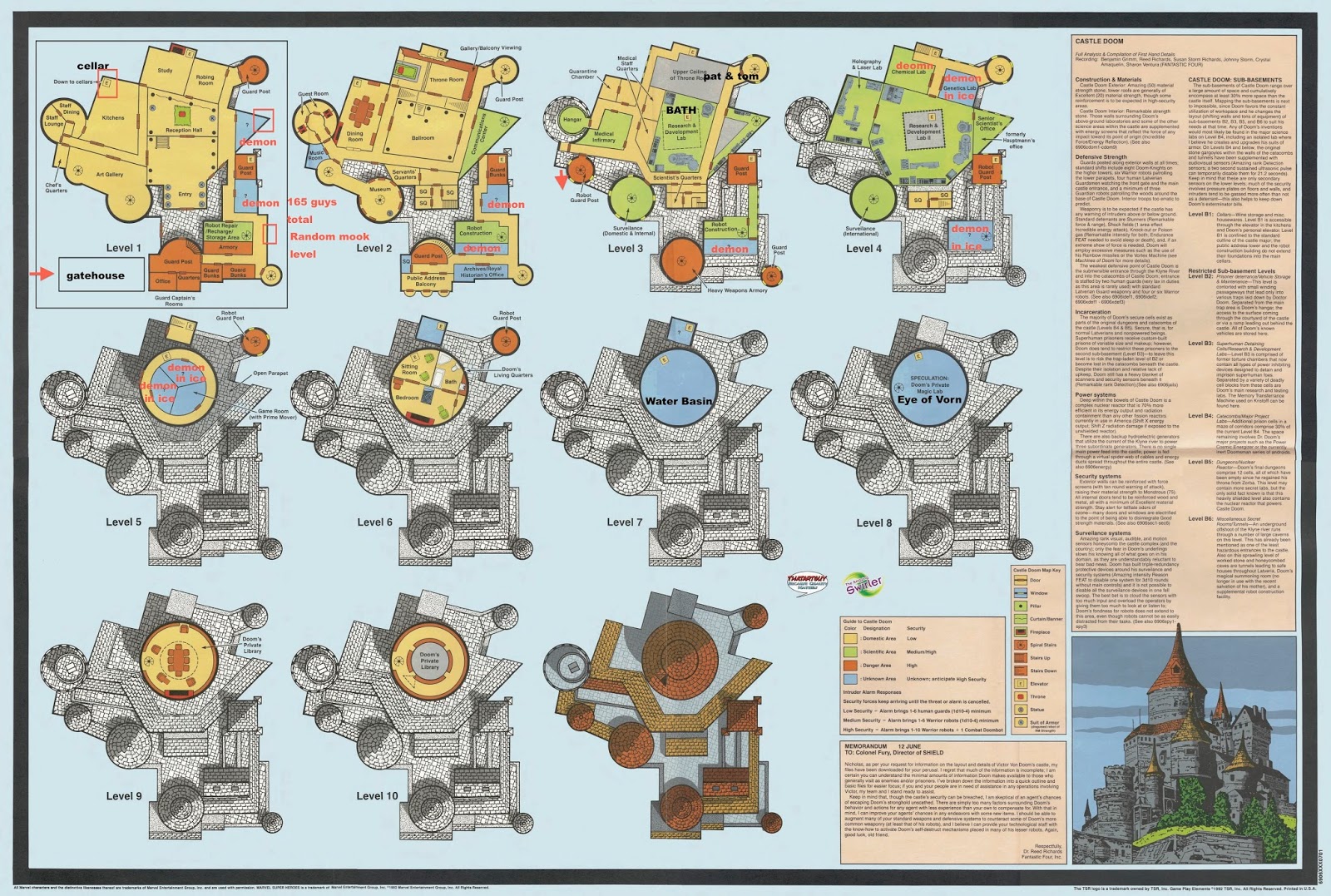 Construction: Basically Doctor Doom's castle from the Marvel Super Heroes FASERIP Dr Doom supplement with a few oddities thrown in and the eye of a god in the tower.

Result: A long battle but a total victory in the end. 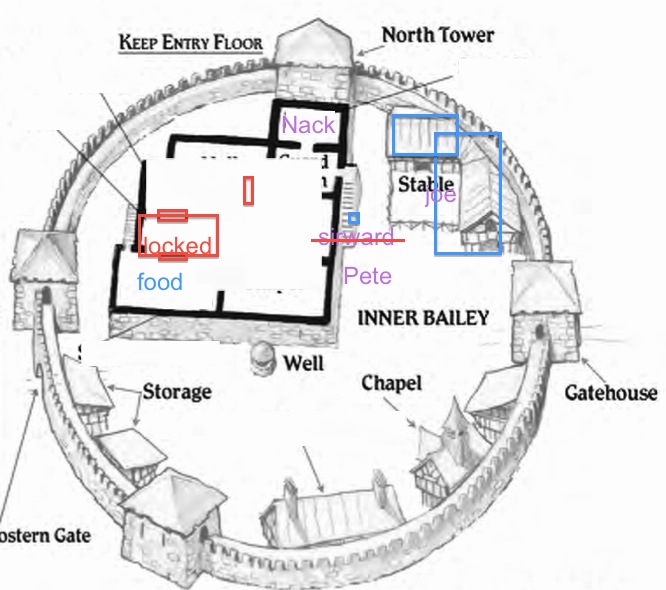 Result: Eventually saw all of it after getting Sir Ward killed in a hostage situation. 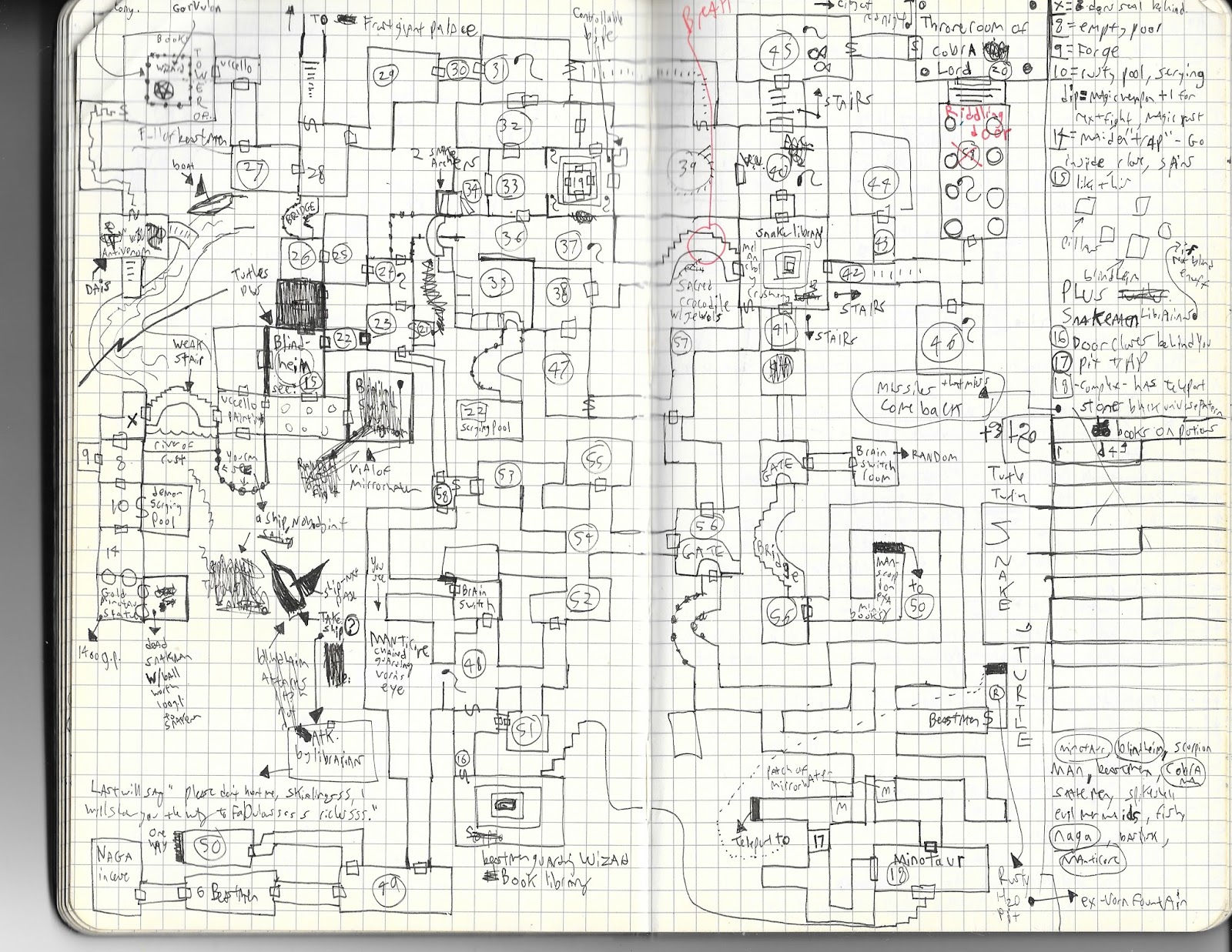 Construction: An old dungeon from the I Hit It WIth My Axe era, literally inside the body of a god.

Result: Went a few rooms in, then fled. 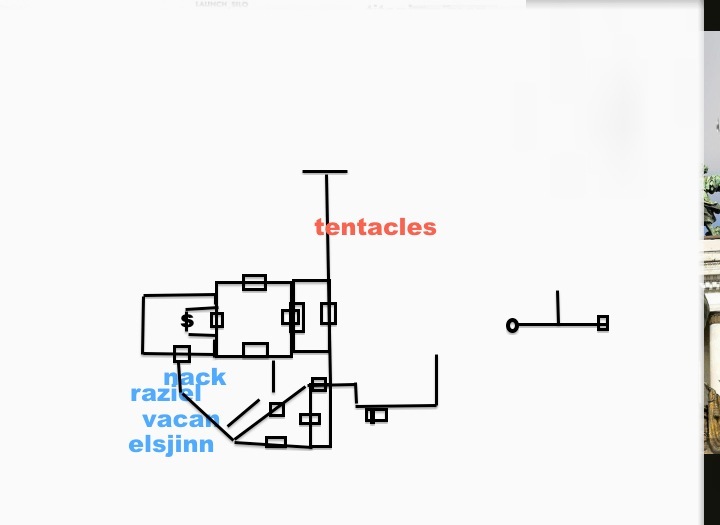 The Arcology of Cyanotica Bast

Result: Saw about 80% of it, largely on account of a demon refusing to let them leave.

Result: Saw about 25-40% during a siege, managed to replace the owner with a mind flayer 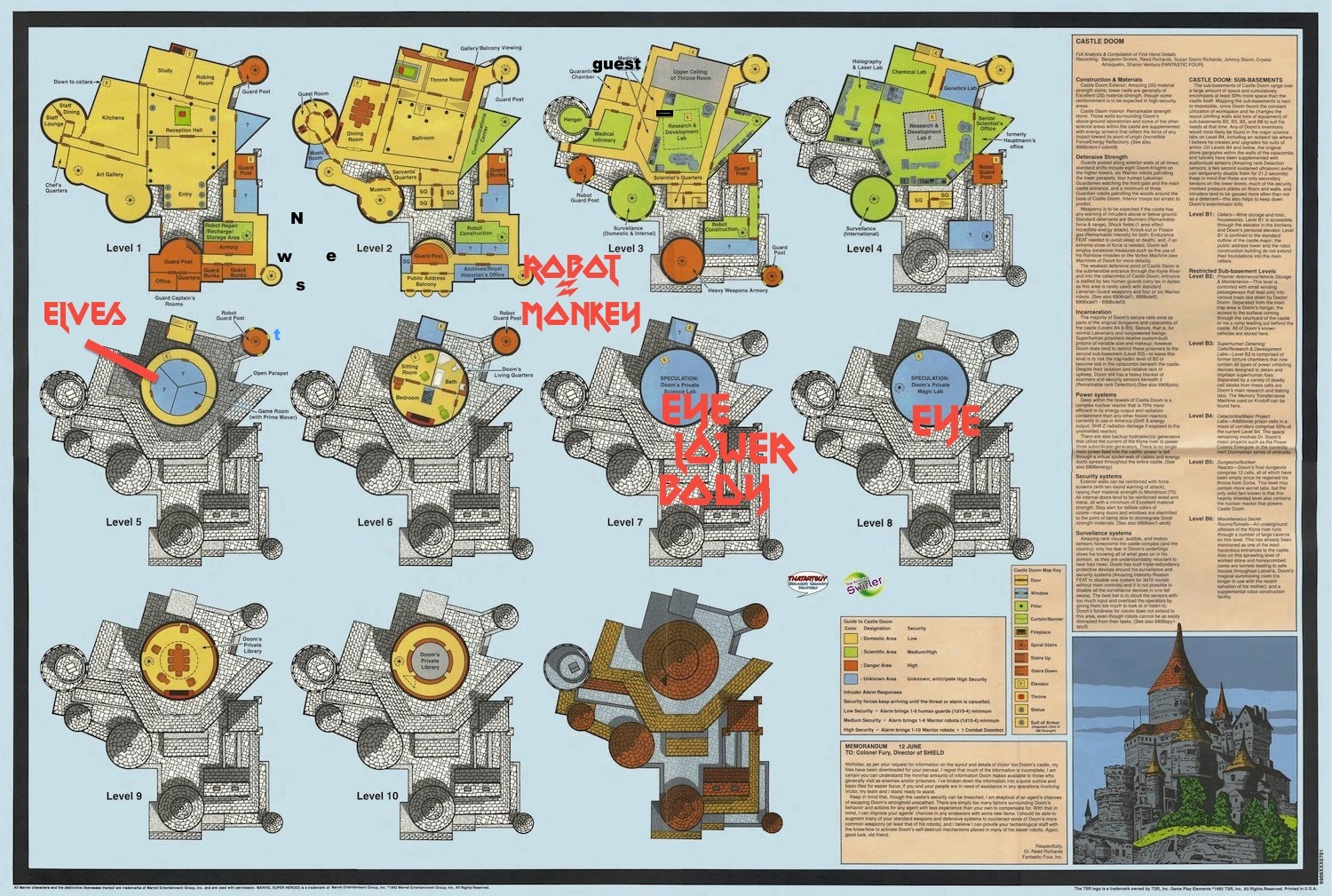 Result: Searched until they found a horrible mechabeholder

The Castle of those Asshole Elves That Kidnapped Malice

Construction: The outside was the random fortress generator, the inside connected to the Echo Palace.

Result: Malice managed to escape his captors & hook up with the rest of the party in the Echo Palace. 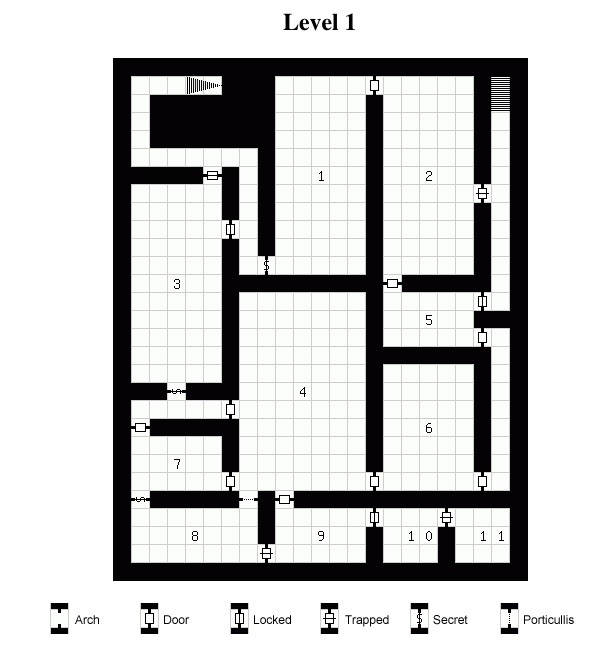 Temple of the Winds

Result: Lost a cleric of Manpac but otherwise most of it got seen. Except the door with the thing screaming "daddy" behind it.
-
-
-

I think I should recycle maps in that way and mix them up.

I know libel is harder to prove in the U.S., but in Australia some of what that guy said would be libel, unless he could prove it was true.

Our very best to you both from me and The Missus!

I've been away from gaming for a bit but now I'm meandering my way back in... only to find this ridiculous bullshit taking place. It's a colossal disappointment to see the effort and time that you've put into what is obviously a labor of love being repaid with such petty jealousy and preadolescent tribalism.

ROBLOX is empowered by an ever growing player base of more than 300,000 creator players who generate an infinite variety of highly immersive experiences.

These experiences range from 3D multi-player games and contests, to interactive adventures where players can take on new personas to imagine what it would be like to be a dinosaur, a miner in a quarry or an astronaut on a space exploration.