Some Reasons You Did Not Die Beneath Hex 1709 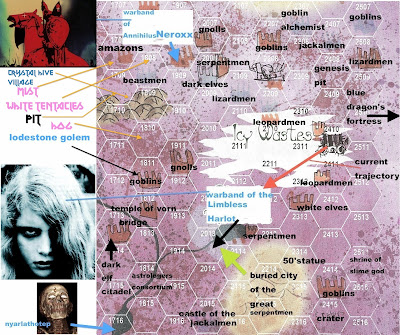 Ok, one of you did die, but he was first level and he hit that gong, so what did we expect? But the rest of you survived.  Here are a few of the reasons--some you already know and some you may not:

-When you summoned the two-headed spellscarred wartroll, Mandy's was listening in to the hangout and was like "I wanna fight that troll" and brought her 10th level cleric in to help you.

-In theory, old school initiative is a 50-50 proposition. In practice, hours went by before I won one.

-That troll rolled a 2 to save vs that carrion crawler.

-Ian cast Dispel Magic on that archway and then rolled high. If he hadn't, you would've been sealed in the dungeon.

-Your elf scouts kept succeeding in their morale checks. If they hadn't stuck around and found that mutagenic sacrifice pit then the Tentacled Lurker would have been released within the hour.

-Scrap did not roll "Demon Lord" for her chaos mutation while suspended over the mutagenic sacrifice pit.

-Chris sealed the pit over with Stone Shape. That'll take a while to undo.

-Ian turned into a ferret or whatever before casting that fireball.

1. Used his fortune to make "the one he fears" (Annihilus Neroxx) into someone who had already been fighting for 20 rounds 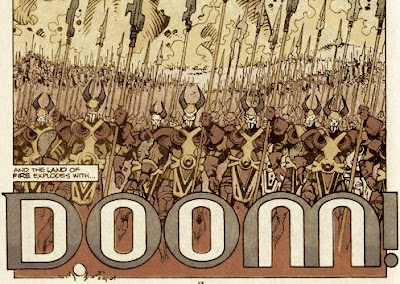