If I Have To Paint One More Goddamn Gecko...

A swarm is any group of rat-sized or smaller animals that attacks en masse, usually due to some paranormal agency. The statistics indicate how the group fights as a whole before being dispersed, not the qualities that determine the life or death of an individual creature within the swarm.

Swarms rely heavily on the descriptive powers of the Host. It’s easy to say “thousands of locusts”, it’s much harder to picture the living layered carpets of carapace and jeweled faces and noises, seeking your eyes and ears and the spaces between clothing and flesh. Every time the party attacks or even moves through the swarm the Host should try to keep the images, sounds, feelings and smells of moving through mounds of animals alive in their heads. As Stalin allegedly said “Sometimes quantity has a quality all its own”. 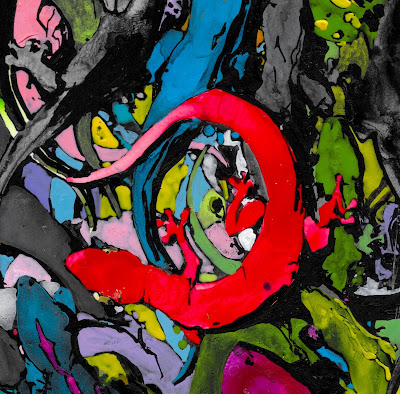 Calm Check: 4
Cards: None (Though they often operate under the cards of a creator/controller) 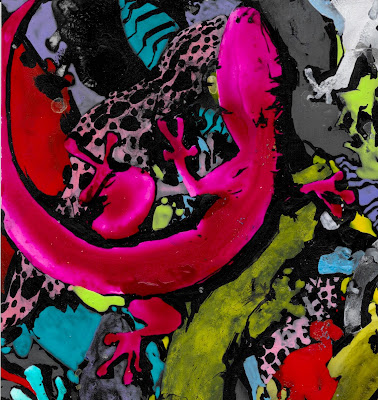 Mass attack: A typical swarm can attack up to 3 targets at once. 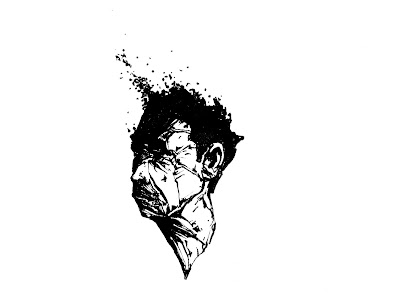 Swarm golems are human-shaped creatures which dissolve into swarms on contact with anyone investigating closely. They are created by demons or through necromancy and are employed as spies, they have no ability to think independently and can only record what they see and repeat it in strange voices back to their masters.

The swarm golem should be good for a disturbing moment, especially if you can find a suitably unlikely NPC—“The waitresses’ cheek caves in, warping into an avalanche of maggots, they hit the floor tik-tik-tiktik”. Its not meant to sustain a whole adventure on its own, but one good shock is sometimes all you need to carry off the tension in the rest of the adventure.

Calm Check: 7
Cards:  None (Though they often operate under the cards of a creator/controller)

Once the creature dissolves it is identical to a swarm (see above):

That is a gorgeous piece. I absolutely love it.