they sag, shedding, onto Ikea chairs 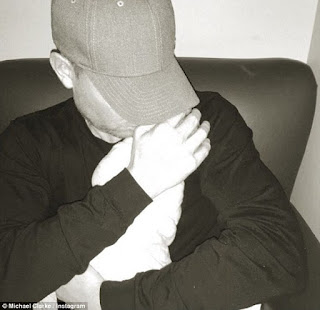 Strangers feed on the anonymity of the city. Literally. Any residential building containing only occupants who do not know each others’ names and with at least five units will begin to attract Strangers. They put in applications like anyone else, generally have acceptable credit, and provide each other with references.

In public, they appear entirely human, but cannot go out in the same skin twice. The physical characteristics, style, and demeanor of theses skins, which rot off like peach peels after a day’s errands, cling to the local average.

Strangers avoid any interaction which might cause someone to ask their name—they have none. If engaged in any remotely intimate way, they make an excuse and flee. There are whole buildings, districts, perhaps even cities occupied only by Strangers.

Strangers create an off-beat mystery story, heavy on investigation: Someone follows a person who goes into an apartment building and never comes out, or catches a Stranger in a minor act of irritating sabotage, or breaks into an apartment to discover nothing but a pile of J Crew and a headless face on the carpet. The party must then find a way to understand the nature of the infection, how far it’s spread, and do something about it.

Isolationist metabolism: Strangers do not need to eat or breathe—they live off the alienation produced by creatures passing one another with no acknowledgement.

Skinchanging: Strangers grow a new skin in their sleep, different than any they’ve worn before.

Strangers cannot commit violence or speak names. Their ability to lie or create any kind of convincing narrative is very limited.
-
-
-
-
Donate to the Demon City Patreon here.
-
-
-

For some reason, I find this creature genuinely disturbing. I had the same uneasy feeling with the Stairway Ghost.

Utterly fantastic. I've never seen monsters as truly strange and disquieting as yours. Rock on!

That is a brilliantly creepy idea.

Do you mean the Staircase Wit?

No. The Stairway Ghost is a horror in Demon City. It hasn't been shared on this blog though.

Creatures like William Gibson's belonging kind would make a great addition to the City I think.