For any old game, but I wrote it up specifically for Demon City. I gave it D&D stats, too...

It would require an effort on an industrial scale and layers of orchestrated deception within that effort, great vats, sacrifices that would beggar cemeteries, coordinated acts of rogue archaeology, postmodern mathematics, and multinational teams of experts in the deadest languages. All the more remarkable as it could serve no conceivable purpose.

The young god will stagger, unviable, seething, needlessly empathic, feeling everything, bending quantum fields to the edge of rupture, shrieking in ultrasonics whose sublime recursions and architectonic structures echo out in depthless potency and ignorance.

Thinking nothing, reactionary, capable of anything, exposed and nihilistic--why would anyone bring such a thing about?

Causes Save vs Fear on sight


Special Abilities
(Wallowing newly and unwilling in the morass of being, the Foetal God telegraphs its every move--these are all initially rolled as Agility-based actions.)

The God is strong enough that anything outright grappled, thrown or crushed in its hands or jaws takes Overwhelming Damage (roll dice equal to the attacker's stat--in this case 2--and take the highest). (D&D: Str as Hill Giant)

The God can reform matter with a touch, but does so as an infant with no talent or focused intention. Each hand merely begins to transmute touched things into the last thing touched with that hand, so if it was a sidewalk, part of the target becomes smeared with a line of jagged concrete, if it was a dog, part of the target becomes a chaotic web of fur, organ, and fang. Aside from any common-sense effects treat this as normal weapon damage. (D&D: d10+10) 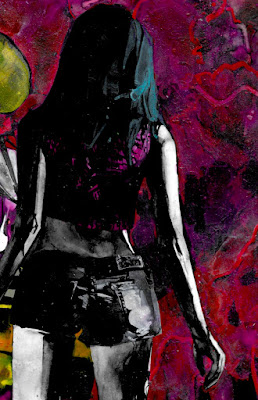 When wounded or frightened, the protogod screams, causing a storm of ontological static to ripple across an area extending from Foetal God in a 50' radius. An unsuccessful Scream action still indicates a scream has happened, just that a number of random nonvital objects in the area are affected (Host: describe something disturbing), a successful one indicates an important object or character is included along with this background damage--decide randomly. The Scream's effects on any given object or character are (roll d10)

1 Target is horrifically scarred or deformed. Damage is gruesome but cosmetic. Characters lose 2 points of Appeal (D&D: 4 pts of Cha), to a minimum of 0.

2 Target becomes its own shadow.

3 Target briefly nonexistent and devoid of relativistic movement, sinks 2 inches into ground or whatever is supporting it. Will have to be cut out.

4 Target begins to melt into a plasm of primordial constituents. Damage calculated as if hit with an ordinary weapon. (D&D: D10+10)

6 Target appears to be destroyed but reappears out of sight 100 feet-1 mile elsewhere. Host's choice.

8 Target continues to exist but is ignored by all sentient life. This continues until the Foetal God is destroyed or the effect is negated by some exotic means.

9 Living targets (only) briefly share the mind of the Foetal God. They lose a point of Calm (D&D: Save and effects as if vs Confusion) if they fail a test against a 10, but on a successful test they can control the God's action for one turn. Getting this result twice and succeeding at least the second time allows the target to imprint their will on the protodeity long enough to reverse the effect of a single previous action by the God.

10 Target reverts in time to a noticeably earlier state--for, say, a car, this might turn it into molten metal and unprocessed rubber, for a character this usually means dialing back to a time before the acquisition of some current skillset or acquired knowledge, etc. When in doubt how bad to make it, make a Random Severity Roll (that's d10 --10 being the worst result, in this case something short of death). 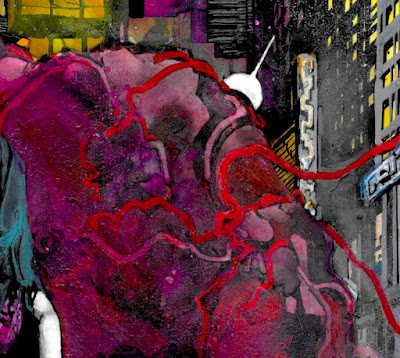 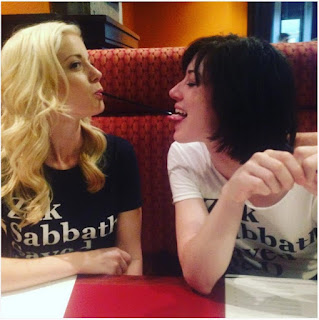 If you'll be at Gen Con on the 18th: email zakzsmith AT hawtmayle dawt calm and I'll put you on the list.
-
-
-
And now, a word from our sponsor: