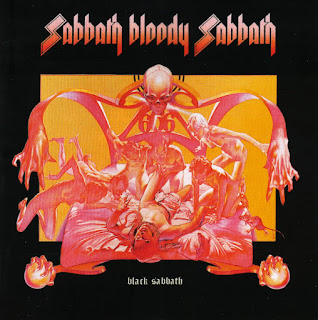 An adventure, or at least the beginning of one:

It is a beautiful fall sunday, devoid of all malignancy and all threat, and the party are on their way to wherever it is people like them would like to go. The crisp leaves are a deep red, like a jungle of Japanese lanterns.

But there's a trail of fresh blood here...

They see a middle-aged man on the road and he is begging for help. He speaks with the accent of whichever party member is from furthest away.

He is injured grievously but not fatally, he is disfigured and pathetic. He has pathos. Have him evoke the names of his family members. You can use the name Tabitha if you like.

His tale is difficult to credit: he is pursued by larcenous black bats he is at a loss to properly describe. He stumbles, weeping, and claims to follow the profession of an acrobat (or something). He is called Plasniz Vorgir (or something) and is, in actuality, quite well-known.

There are thousands but only like 20 will actually fight players. The rest continue to thickly sweep in a direction perpendicular to the players' path.

The bats will murder and then rob the weak and simply pickpocket the strong, a significant minority carry an array of small, valuable items: necklaces, bracelets, coins and loose carbuncles. They can detect magic and valuable items. 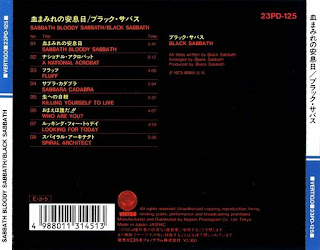 Four facts might conceivably be gleaned in the aftermath of this senseless violence:

1. The bats come from a hill, two miles to the east

2. The bats are heading toward the population centers and will return east once they snatch sufficient loot (2 hours from now if things go as expected)

3. Plasniz has (or had) had a silver corkscrew in his boot

4. Plasniz will be tumbling in two months for an unknown client, a contract for which is in his pocket. He'll mention it if he survives long enough to.

Maybe the players don't give a fuck about any of this. Good, fine, this is not a problem. In fact, nearly everyone involved would prefer it if they stayed out of the way.

The bats or whatever serve Cadabra, a fucking wizard. This bent buzzard-looking fuck, serves in turn, Sabbra, The Black Knight of Tiamat.

The Black Knight herself is almost indestructible and has the attributes of her name. Cadabra has the spells corresponding to his name.

She is accompanied by an honor guard of disgraced paladins deranged by mind-control drugs (or whatever).

All of these unpleasant individuals are arrayed stylishly atop a low hill a few miles from the party, awaiting the return of their awful bats, and the gifts.

The gifts are not gifts from the bats to Sabbra. They will be among the many gifts from Sabbra to her betrothed. Once bats and booty are collected from the night sky, Sabbra et al will make their way back to whatever commandeered local castle the rest of her retinue is ensconced in.

Killing Yourself To Live

If he survives the fight, he'll keep talking about how he wishes he were in better shape for his mysterious upcoming gig and doubts he'll be able to heal in time because it promises to pay astronomically well. When he gets to the nearest town he'll keep working, despite a broken jaw and torn ligaments. It should strike anyone not used to living in the middle ages as pretty much psychotic.

If he dies, it will cause a disturbance in the small towns and demimondaine districts of any local civilized communities (he was an esteemed entertainer) and rumors of mysterious foreigners frantically searching for talented acrobats.

...and probably people in the party and the town will be pretty pissed that bats stole their stuff. Maybe there'll be a reward for getting it back.  All those sentimental cameos and precious rings.

This section's about what happens if the players inquire after whoever hired Plasniz or is attempting to hire entertainers.  If they don't, skip it.

First: if the Black Knight and company haven't been tracked down, the bats will attack a halfling city, stealing silver crumpet trays and prize apples.

Now, here's what can be found out from local entertainers and their intimates:

1. They're hiring a lot of entertainers, but looking for the best.
2. They speak quietly in strange accents and wear black.
3. They are also hiring chefs and bakers.
4. In search of talent, they're likely headed to the nearest halfling city.
5. They're paying 5 times the normal rate.
6. No instructions have been forthcoming, just "keep you calendars open"

Tracing them to the nearest halfling city will indeed turn the agents up. Basic inquiries will reveal they are talent scouts of the Exotic East, themselves hired by a mysterious (but local) intermediary.

The intermediary is a woman known to more savvy locals to be a (well-guarded) agent of a local, powerful, but basically innocuous monarch. If extraordinary means are employed (magic or torture) she'll reveal she's recruiting all these personnel for a special tourney to be held in 2 months time and she has no idea what's up with all the secrecy.

If the PCs ignore all this stuff, then hooks will begin to multiply:

-The bats will continue to menace the area
-Reports will begin coming in that whatever local lord once had that castle that the Black Knight took over has not responded to diplomatic missives and there's rumored to be adventureworthy shenanigans and possibly lost heirlooms in that castle.
-After their next conspicuously impressive exploit, the fighters among the party will be offered a cede in a coming tournament--of which they are forbidden to speak.
-Great warriors of distant nations will be seen on the road in the coming weeks. Strange, proud men and women, some gracious, some confused, some quick to anger.

Another mystery will arise in the coming weeks, found in some forgotten corner or treasure hoard: ancient architectural plans for a vast and bizarre spiralling structure, (cold riveted supports with cores of pure selenium, for example) clearly situated overlooking a lonely cliff.

The notes on the plans are written in the split tongue of witches (two ancient northern languages alternating) and date from 12,000 years in the past.

The lonely, isolated stretch of coastline surrounding the site is drawn in enough detail to be identifiable if someone spent 25 hours time pouring over merchant's maps of the northern continents.

I love this idea (& especially the execution). I've been considering doing something similar with Judas Priest's "Painkiller".

I want a whole Columbia Record Club deal of 12 modules for a penny if I promise to buy four more modules in the next year at regular price.

Also, this totally reminds me of Jeff's D&D album post:

Yeah. I really like this. Have done things like this in the past. Mostly with Iron Maiden in 80s and Queensryche in the 90s.

My favourite album from sabbath. I've always had a story (a different one) whenever i heard it; but this one is awesome too.
About the idea of using albums as inspiration, I enjoy making the albums Spellbooks and the songs Spells on it, a little like this: http://daylands.blogspot.com.es/2015/02/on-spellbooks-and-pink-floyd.html

Dude, we (anyone who loves d&d, and lives heavy metal) need you to finish this as a complete adventure.

"Feel free to substitute blackbirds, magpies, rats or undead vultures." - classic. Ran many a session with "Paranoid" as the background music - fun times. Keep up the great work loving it.