Out The Fucking Door

It's been over a fucking year since James was like I'm suddenly struck by the idea of putting a young blonde in a blue dress on the cover of an adventure I'd call "Eat Me," and I told him I'd write it.

It's allegedly time to start the graphic design, meaning the document I just turned over is almost, probably, I think, maybe the final draft of A Red And Pleasant Land. 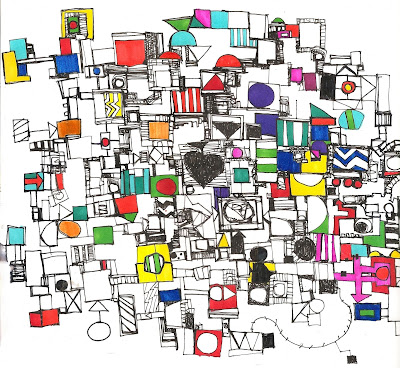 -4 monarchs and their retinues

-80ish pictures, about half in color

-Half a dozen maps

-A new character class and A new spell

...duels, duelling injuries and the duelling code of Voivodja

...Drink Me's  and other anonymous gifts

...backgrounds for characters native to the setting

...random events for lands at war

...another I Search The Body table

...figuring out where characters that missed a session have been
-
-
-

Email ThisBlogThis!Share to TwitterShare to FacebookShare to Pinterest
Labels: DnD, Eat Me

Damn, I'm excited to read it!

How many pages? What size book will it be? Really looking forward to it Zak!

It'll be the LOTFP hardcover format like Carcosa and Vornheim and Seclusium.
Number of pages depends on layout--it has about 10,000 more words than Vornheim and waaaaay more pictures. Likely over 100

Being Alice inspired work will it utilize chess and ordinary deck of playing in other ways than mere imagery?

"...figuring out where characters that missed a session have been"

I swear you saved the best for last, half the reason I started running so many city adventures is I was tired of explaining where absent player's were.

I'm thrilled. No, I mean it. This is like: "Frank Herbert is actually alive, he called he wants to have coffee with you and talk over themes in science fiction" This is like: "Rudyard Kipling wrote a secret sequel to 'Kim' it as been found by archaeologists in an Egyptian tomb where cultists were hiding, and yeah, it's way better than the first one, we are mailing you an advanced copy." This is like the time I found out about the existence of Shogi. I saved up my allowance for this, and I'm glad I did.

Bitchin'!
My money was getting much too lazy. It'll be nice to see it venture out of the house again.

This is a true work of excellence. Very excited to gorge myself on it's content. I bought vornheim many many moons ago and STILL use it almost every game session.

So, so happy this will be another nice hardback. I don't care what it costs. I have poured rafts of money into RPGs over the years and Vornheim is head and shoulders above everything else in terms of value for money.

I am way more excited about this than I am about DnD Next, and I'll bet I'm not alone.

respectfully, is this new book gettable yet? I am now paranoid that I missed the release day somehow.

Jez is laying it out now so…I can tentatively say it'll be out this Summer? I hope.