Trying To Remember All The Things That Happened

When last we saw our heroines and that guy Adam, a demilich had taken a book from them and they were mad about it.
So then they headed across many hexes and fought a mind flayer on a crawling skull... 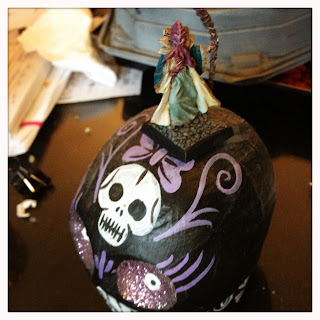 ....and met a slaad/toad demon who, all things considered, could've been worse.

An invisible assassin followed them and allllmost killed them all while they were playing a boardgame, but Ulorin Vex's unnamed thief had stepped out to loot some innocent goblins and came back just in time to save the party's Silenced, Webbed, Sleep-poisoned cleric and wizard from certain death.
It was one of those "ok, if you win initiative, you might be able to take her out--she only has 2 hit points left, if I win initiative she'll Magic Missile you and you all die" kind of days. (That is: the best kind of day.) And they won and the party lived.

Next session they spent a long time trawling the wreckage of an old caravan presided over by a junk dealer who had some accent I can't remember... 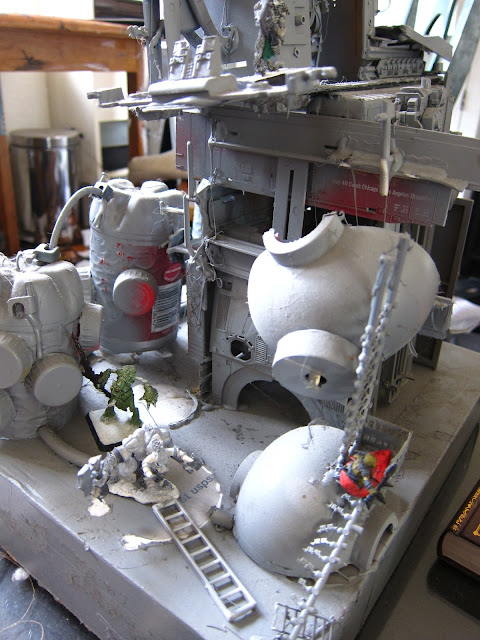 ...they found something. I can't remember what. Man, I suck at recaps, right? Oh wait, I think it was a vortex grenade. Which means I need to write a random table for that.

They then talked to some dwarves about trying to kill Ferox the God Dragon. The dwarves were like Ok, you're crazy.

Then the players hauled off and randomly encountered some Unquiet Worms which are like worms that wear the skins of sorcerers with all the murder that implies. There was a repeat of last week's Total Party Kill Narrowly Averted By Sneaky Rogue event.

Then I went to New York and ran a clean-up mission on the Broodmother Sky Fortress playtest I ran a few months ago in the doomed made-up middle eastern city of Nizahd which was also a mission to find Good King Thrawl of Vornheim* . 50% party kill.

Meanwhile the online party ended up fighting snakemen in a library because they were like "We're sure these snakemen aren't related to the snakemen 10 miles away that we helped genocide" so I was all -roll- -roll- oh actually they totally are.

Then they got out and a crow was about to tell them something but it was 4am and I was tired so I didn't tell them yet...

Ulorin Vex sounds like the name of one of my (very occasional) player's characters. I assume from that that her characters name will eventually be revelaed as something like one of my player's names: Jim, Dave, Stan, Bella etc.