A Vital Issue That Affects The Entire DIY Gaming Community

Y'know, as much as I have grown to appreciate the DIY D&D and Old School game bloggers over the years, it's important to keep it real and raise a flag when you see something has gone wrong.
And this is one of those times. The community has really dropped the ball on an issue of genuine importance and it's time to take stock of how this happened and make sure it never happens again:
Why the fuck is nobody talking about Gammarauders?
Seriously, look at this: 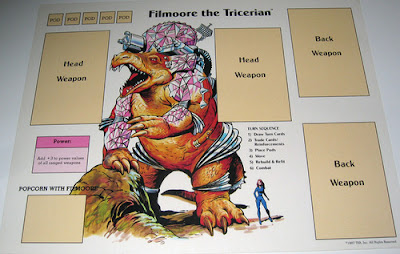 There's no excuse for the lack of engagment here.
Seriously?
Really?
Where exactly is the accountability here? 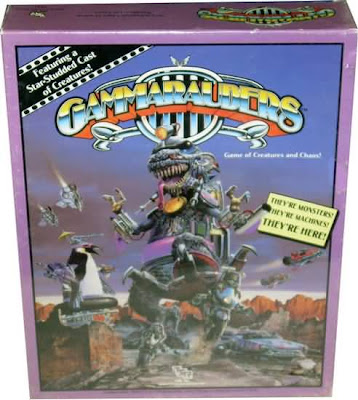 As the box clearly states: "They're monsters, they're machines, they're here". But are they? Where exactly? Where's the Old School Renaissance's much-vaunted dedication to inclusivity and visibility on this?
There is a postapocalyptic, TSR-made, hex-based, mutant kaiju game with cyborg kangaroos in it that's so retrostupid it makes Lysistrata look neosmart and no-one sees fit to comment?
W.
T.
F?
How long can we continue to ignore a game that was to Gamma World as Adeptus Titanicus was to Warhammer 40,000? (And if that sentence didn't make any sense to you then we know where to lay the blame.)
It's high time we take a look at ourselves. And at a giant turtle that brought a gatling gun to Pride. 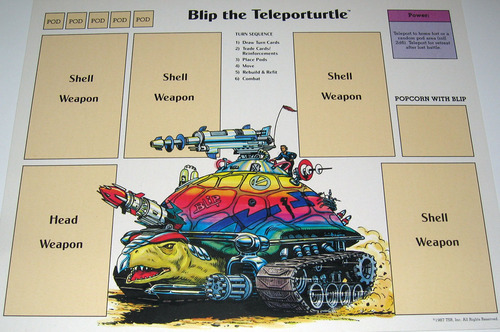 I don't know! My copy desperately needs to be played!

That's all I needed to see.

It's like Mechwarrior, but far, far less up itself. We have to bring this back. Who's going to run the first G+ game?

Where was the picture of that turtle when I was describing my tank for Carcosa Wacky Racers, huh?

Solely as the origin of the term 'popcorn' for the PBI (and armor, and airforce) the game needs recognition. OTOH I still play it when I can convince people that regular D&D just ain't happening for one-reason-or-another.

FINE. I just bought one on ebay. Ya happy?

Actually saw this in my FLGS last summer but didn't get it. Hated myself ever since. Now I can be whole again!

How many of these actually made it to the market and how many sold? I've only previously seen this game advertised, I must now scour the entree-net for more Gammarauders content!

I re-acquired both Gammarauders and the only supplement, Revenge of the Factoids, not too long ago on eBay for very reasonable prices.

I remember playing it back in the day and absolutely loving it. I had dreams of doing a Gamma World campaign that featured the factions and biomechanical monsters. Still do.

Best part of the entire game: the ordinary army are called "popcorn" because the bioborgs eat them as snacks...

I just bought one too :) It looked too cool not too. Expect a review when it turns up. The tortoise/turtle won me over :)

for additional weirdness, check out the DC comic that was done in support of this game.

THIS DINOSAUR HAS A LAZER ON ITS HEAD! AND SOE DOES THAT ONE?! HENCEFORTH ALL ARGUMENTS ARE INVALID FOREVER

We could totally homebrew this with Settlers of Catan + Mutant Future + Carcosa + X1 Isle of Dread.

There were also rules for an entire game in the Gammarauders comic book. I'm not sure how different it is from this one, but it didn't include any hex maps or minis or whatever so I'm guessing "a bit".

The RPG is neither here nor there, really, but it was a neat idea to combine the two. The comic was endearingly mental and worth laying hands on if you can find it cheaply. There were only about 10 issues.

I loved both the comic and the game when I was a youngster.