Added To The Canon 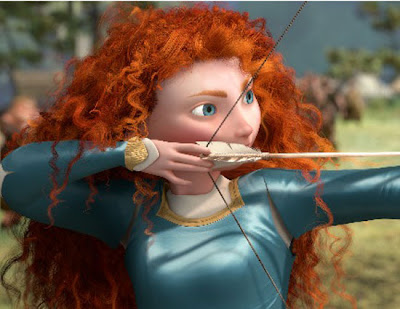 Mandy MorbidJun 22, 2012
+4
[There was a 6 year old girl with them ]. She was a bit scared at one of the bear parts but otherwise she loved it. However she already likes dragons so it won't be long before she has her own dice I think.﻿

Mandy MorbidJun 22, 2012
+3
And it was way less annoying than Disney usually is and way more honest and direct. Beautifully animated as well.﻿
somebodyJun 22, 2012
+2
My 12 yr old girl and my wife and I are all excited to see it.﻿

Mandy MorbidJun 22, 2012
+1
The mother daughter bits were especially honest. Satine and I both cried.﻿

Mandy MorbidJun 22, 2012
+2
Hey you guys with small daughers, I don't envy you what's ahead. Girls are way harder than boys in my opinion and I am not brave enough to risk ending up with one. The movie is a bit about that difficult time.﻿

Mandy MorbidJun 22, 2012
+2
Yeah I wouldn't be able to handle that. Seems like dads do better with daughters like that a lot of the time. I got on better with my dad than my mum. Like the girl in movie I wasn't ever what she expected, wanted, too much like my father, but we got over all that in time. She learned to accept me for me and I learned to reign myself in a bit for her comfort, out of respect that she earned rather than demanded.﻿
somebodyJun 22, 2012

How's the movie as a whole for younger kids? Most of the reviews, even the positive ones seem to all agree that it lags and can be pretty dull at times.﻿

Mandy MorbidJun 22, 2012
It seem simple and quick paced, the little girl didn't get bored, and followed easily, and was reacting to the content of the film not fidgeting or asking questions. She was engrossed.﻿

Mandy MorbidJun 22, 2012
I couldn't imagine it being described as lagging. Certainly not compared with the Disney that came out when I was Between 6 and 10 years old. But I liked a lot of those when they had bits that focused on the kinds of things this whole story was about. Maybe I always had different standards than most.﻿

somebodyJun 22, 2012
Well that does give me some hope. My daughter is on the fence about this one, she says the trailers look pretty boring. ﻿

Mandy MorbidJun 22, 2012
If she likes movies with strong independent rebellious girl leads there's a better chance she'll like it. It's not at all romantic or especially girly or musical.﻿

somebodyJun 22, 2012
Oh she's fine with that. What she doesn't like is long drawn out talking bits.﻿

Jun 22, 2012Mandy MorbidJun 22, 2012
+2
The talking bits didnt seem too long, there was a kind of a montage bit where they were showing the Princess's lessons at the beginning (public speaking, history, etc) and that was the only part I noticed that could be a bit much of the same person speaking (the Queen). There was also a part where there was some arguing that could also be a bit tiresome for a very young child. I think the ideal age range might be 7 to 11 or something. However all kids are different. I was reading my parents books at 8 and watching Apocalypse Now with dad so the idea of too young to follow is kinda over my head. I just don't get it. I think most kids are way smarter and more capable than they are usually given credit for.﻿
somebodyBased on what you've said I think she'll be all right with it. ﻿

Mandy MorbidJun 22, 2012
Cool. I might buy this one, I liked the animation so much.
I, for one, am waiting 20 years for the grimdark remake the kids who loved this movie growing up will no doubt produce. 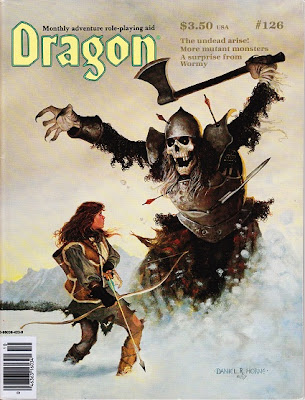 And, in somewhat related news: this deserves a signal boost. Especially in these troubled times.

Just came home from seeing it with my eight year-old girl. She loved it, which doesn't surprise me; after riding the Snow White ride at Disneyland, she announced she would've take a sword to the witch. She was five years old at the time.

Speaking for myself, I liked the characters of both Merida and Eleanor.

I saw it with my two sons and they both loved it too. It is Pixar at it's best.

Oh dear. My daughter's 2, and she'll look _exactly_ like the girl in the movie by the time she's old enough to own dice.

That Dragon cover was MY FAVORITE PIECE OF ART FOR A LONG, LONG TIME.