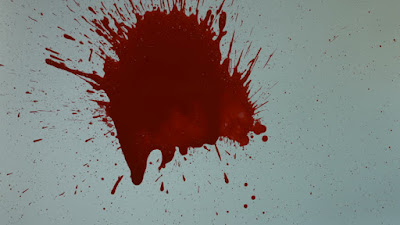 End of the Demon City playtest I just did. Two 2 PCs left

"I'm getting in the elevator!"

"Uncontested, you can go ahead"

"It swings this thick arm and you just see Harish fly across the hall and slump to the ground.

(So...now you're unconscious you'll miss one turn for sure and then roll to wake up each round  Toughness rounds and if you don't you're dead")"

"Can I grab him and pull him in the elevator?"

And so the drug dealer gets the PI into the elevator. United by the sticky nectar of fear.

A quiet round in the elevator. The PI makes his waking up roll.

The PI pushes all the buttons on the elevator.

A hoof comes through the ceiling, the lights flicker.

I forgot to say "the lights flicker" actually.

They roll and get out into the hall, a crash behind them as the elevator drops like...10 feet?

"You see a pair of claws reaching up out of the elevator clawing at the floor, and the head emerging"

"You're still hurt, one die"

"Ok, you're hurt, too, your firearms sucks, even though it's a non-moving target--so still one die, but it's still blind so it's got one die and..."

"The cable snaps and you see the whole elevator guillotining down. Bones rip and just shear in half and then two hands and the goat head just spill onto the carpet."

Success...and blood....and a deamon head. What more can you ask for?

I feel sorry for that demon. Blind in both eyes, can't kill a single pair of humans. Sad!