The City of Suffering 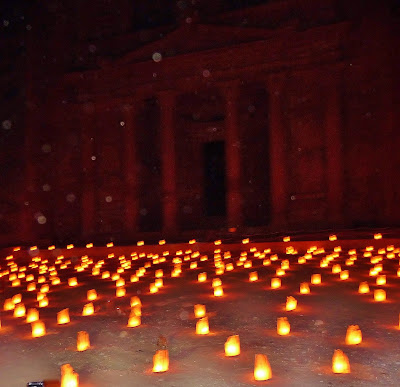 It is the City of Suffering, the City of Pain. No-one likes it, and it's universally (though never publicly) acknowledged to be a bad idea. Or a collection of them.

The streets are dark, the night an unheard-of yellow. A pinkly uncomforting light glows in the high windows. The wild festivals of other nations are unknown here--there are laws, but far more, there is decorum. Joy, or rather, exercises that point to joy, takes one form: display of expensive accessories for pets and children. Occasionally business connections or academic achievements are flaunted so long as they imply a responsibility to some institution or generation the citizen will not live to access but this behavior is more indulged than celebrated..

It is above all serious, but to no serious end: its jokes shoot for zany, flights of impotent, unrevolutionary fancy--like a man attempting to delight his daughter by pointing to a bicycle with preposterously large wheels and a bright yellow frame he would never himself dare to ride--or else they attempt to recruit laughter into a sort of stentorian combat on the side of a conventional wisdom embodying the nuclear hive of unapproached incompatibilities that power the city's dissatisfactions and enrages other citys' Distaffist Factions. They are traded in market tents of burgundy and dark gold.

Although the dissatisfactions are by no means unreasonable, the ultimate and secret source of the City of Suffering's greatest suffering is itself the agonizing closeness of its apathetically intertwined and competing anhedonias. The density of lonely but domiciled souls has inexorably resulted in a city, but they have no respect for what cities are for. They have no pleasures in common and are unified only by a devotion to pain, the performance of pain, the advertisement of pain, the creation of pain, all unacknowledged. An accosted citizen (and they hate to be accosted, they trust no-one clever enough to notice a stranger) would describe themselves as very happy and working for a better world: an aspirational one, obviously (but never admittedly) beyond the experiential reach of any mortal, given the rate of progress one has to admit is typical for sentient species. The only judgment Suffering citizens make is: How much of the distance between your reality and the ideal can you incarnate in the form of pain? How much of the misery of the world can you re-enact? Symbolism and art are permitted but not valued, as they generally turn pain into something that might be mistaken for something other than pain.

The representatives on the ruling Council of Elephantines seeks nothing--its function is to issue decrees implicating or at least juxtaposing anything interesting occurring elsewhere in- or with- (respectively)  the worst atrocities they can describe. The Council is a living commentary on the Councils of all other cities. The very concept of interestingness is suspect--it implies axes of improvement other than from irresponsible to responsible, and canvases smaller than The Planet.

The City's shame is its lack of endgame: even if at some conceivable point all suffering might end, (practical discussions toward that end are considered vulgar and divisive luxuries of the underburdened) its citizens would be no less dreary--for in truth their citizenship is a lifestyle choice, an admission of a belief that lives worth living are more exhausting than living in constant exhibitionistic exhaustion, and risk is a vice of the overambitious. They have chosen a humble, snailing path across a plain presumed to be wholly flat, toward an undescribed and receding horizon, and despise inventions.

If party members should come to trial they will be placed before a tribunal who will hold forth on the difficulties faced by its own members. Then the trial will end and the party will be executed for having had fun. They will be fed to Misericordiam, the Jackal Queen.

The wind across the city hisses like a serpent god slowly scheming off-screen, yet the daytime clouds coming in white waves present a guileless sky. The city is just a natural consequence of the gravity the dutiful but uncreative exert on one another, and like a lesser planet on the rim of a solar system it can only hurt you if you come close.

There is no treasure here, and no magic to speak of.
-
-

Good, evocative stuff. It has the same feel as The City in Joseph Pulver Sr.'s 'Orphan Palace', though its wording and description is quite different. Good work, sir.

Reads like something Clark Ashton Smith would come up with if he was a member of Monty Python, very well done!

Adventurers are as headstrong as an allegory on the banks of the Nile.