Here we have the next pair of entries that rolled in for the Thought Eater DIY RPG Essay Tournament.

Again, these are not by me--they're by a pair of anonymous DIY RPG peeps who were both assigned this topic "Take a book that you have read and talk about how it influenced, or could influence, the games you run. But it can't be a fantasy book or a science fiction book. It can't be anything in a genre that D&D was designed to emulate". 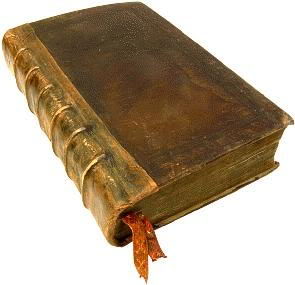 If you like this one better, send an email with the Subject "Vote BOOK1" to zakzsmith AT hawt mayle or vote on Google +. Don't put anything else in the email, I won't read it.


Any good novel has something to teach RPGers, and I would rate Hilary Mantel’s Wolf Hall one of the best novel in English yet written in this century. It doesn’t have much to do with fantasy RPGs directly: a D&D campaign concerns itself with a small group of people who go adventuring in a world that wears medieval trappings but truly has a Bronze Age heart; Wolf Hall is about a single man who manages to drag England out of the feudal world and into modernity, without very much adventuring at all. One looks backward to play in an imagined past and the other endeavors to elucidate the actual present. But like any good novel of ambition, Wolf Hall is vast and contains multitudes--you will find your D&Dables if you search for them. You may not have to search very far.

Consider this extract, which has convinced me to revive the old-school practice of player characters gaining NPC followers as they level up. The context of the passage: Thomas Cromwell, born a blacksmith’s son and ruffian, has proven himself a brilliant lawyer, banker, and political operative, and thus has risen high in the court of King Henry VIII. (This is your zero-to-hero level progression.) Wealthy, shrewd, and feared by the old aristocracy, he ferrets out treason among the grumbling nobles of England. He does it with henchmen:

Even before the [House of] Commons convenes, his opponents meet to work out their tactics. Their meetings are not secret. Servants go in and out, and there are young men in the Cromwell household not too proud to put on an apron and bring in a platter of halibut or a joint of beef. The gentlemen of England apply for places in his household now, for their sons and nephews and wards... He takes it seriously, the trust placed in him; he takes gently from the hands of these noisy young persons their daggers, their pens, and he talks to them, finding out behind the passion and pride of young men of fifteen or twenty what they are really worth, what they value and would value under duress. You learn nothing about men by snubbing them and crushing their pride. You must ask them what it is they can do in this world, what they alone can do.

The process here described of gentlemen clamoring to get their heirs installed in Cromwell’s service is basically the way your AD&D fighter gains those followers who always show up right on schedule at level 9: she was once a lousy 1st-level nobody and became a 9th-level badass, and now a pack of schlubs shows up to serve her because they think she can show them how to be badasses, too.

There are good reasons why the idea of acquiring followers as a specific class feature did not survive into later editions of the game. It basically comes down to the followers being more nuisance than help: tracking their statistics is a pain, you need to pay them, and the level gap between them and the PCs just about guarantees a grisly death if the party ever actually takes them dungeoneering. In total it just seems like a bad deal compared to, say, the ability to create zombies or teleport (just a couple of the features open to a 9th-level wizard). Once third edition arrived, fully informed by new norms of meticulously detailed customization that frowned on any character who could be adequately summed up as a "2nd-level fighter," the notion of tracking a group of sufficiently statted followers seemed totally unmanageable.

The excerpt above from Wolf Hall, though, shows a way past some of these difficulties, with its admirable narrative compression. Forget giving your followers game statistics. Hilary Mantel does not in this passage carefully track the states of Cromwell’s followers; she doesn’t even give them names. It is enough for her to conjure up the idea of these followers--these "noisy young persons" with "their daggers, their pens" and their "passion and pride"--and then put them to work, carrying in the halibut and spying on the nobles.

The lesson here is that you do not need a tremendous amount of narrative detail to create rich interactions between the player characters and the world around them, nor do you need tightly balanced mechanics to make a class feature useful. All you need is a montage here and there. The purpose of gaining new class features is to get new tools to solve more challenging problems. Cromwell here faces a problem that an RPG party can probably recognize: his enemies are conspiring in secret and he needs to find out what they are up to. Within the context of the story, his solution to the problem--acquiring loyal young men who go out and infiltrate noble households--is more complicated and time-consuming than scrying with a crystal ball. But in Mantel’s literary montage he still accomplishes it in a paragraph. This is the novel writer’s equivalent of the DM saying, "Your followers report back in a week. Lord Dragofroth is meeting with the drow at Castle Gloomrock next Tuesday."

If you like this one better, send an email with the Subject "Vote BOOK2" to zakzsmith AT hawt mayle or vote on Google +. Don't put anything else in the email, I won't read it.

“Impro” by Keith Johnstone is a book about improvisational theater. It was brought to my attention in the context of martial arts and I am relating it to gaming. It is really relevant to any creative endeavor.
The book deals in two broad categories: social status and spontaneity. I want to focus on the later. I’m not going to get into a lot of details about exactly what the book says. You can read it yourself and I recommend that you do.

Here’s the synopsis: We are all already spontaneously creative and we are being so right now. Most of us have learned how to block it.

As adults, when faced with making a creative decision, we often block the first thing that comes to mind for many reasons, but some pretty common ones are: “It’s not original enough”, “It’s too weird”, and “It’s embarrassing”. The reasons for this are many, but here's a big one: Education teaches us to be critical, and to have criteria for what is original and creative. The problem is that those criteria are taught to us. They don’t come from ourselves.

The root of the word “original” is “origin”. For something to be original it has to originate from you. That’s all.

Whatever idea you have right now in your head is the most important idea for you right now.
What is it? What’s behind that idea? Where did it come from?

Roleplaying is something like reverse meditation. Instead of letting thoughts go you want to follow them to the end. See where they lead. It's like a stretch where you tighten the muscle before releasing it. It gives you a better awareness of what’s going on. It's working it out.

You can probably think of some weird shit. You probably do this all the time, waking or dreaming. Just let your mind wander a bit.

Take a minute right now and let your mind wander freely before you read on.

There! See! Put that shit in your games. Go ahead. It doesn’t have to make sense! Overexplaining shit kills it. As an audience we want to be surprised. The best way to surprise others is to surprise yourself. If you’re GMing don’t wait for the players to throw you a loop, throw yourself one. As a GM or player, sometimes just say the first thing that comes into your head.

What’s a prompt? A prompt is anything that invites us to say or do something. The prompt can’t come from ourselves. It has to come from someone else, or be random. Given that prompt we now feel at license to say or do all sorts of stuff, because, we can blame it on the prompt.
“I only said it because of the prompt.”
But really, you know, it’s you.

It’s like Truth or Dare. You want to do the Dare. You just need to blame it on the person daring you.
It can be helpful to have a prompt because, prompts tend to work. In theater this might be a prop, a mask, a costume, a line. In games this might be a die roll, a result from a random table, or an oracle (for more on oracles check out the Lone Wolf Roleplaying Google+ group). Prompts are great.

Remember a few moments ago when I said the prompt can't come from ourselves? I lied. You don't have to wait for someone to give you a prompt; you can give it to yourself. Eventually, do it without the prompt.

Roleplaying is a consequence free environment, relatively. If you’re not with a group that can let you do what you want you’re not with the right group. The worst thing that should happen is your character dies a horrible death, which really is not bad at all, and in some cases quite good. So go with that first idea and just see what happens. It’s your chance to explore your own thought process.
And don't be afraid to say or do something completely normal, if that's what you're thinking. Just see what's there. Something as simple as "I open the door" is ripe with possibilities.

If you’re a player play the role. The role is you. If you can become the role, then maybe you are not who you think you were. If you’re the GM go crazy. It’s still you. See where it goes. It’s a mythic wonderland. That’s the point. Have fun.
-
-
-

"One of the best novel[s] in English yet written in this century" piqued my interest in the novel, but also seems hyperbolic which isn't doing the essay any favors.

Nice tournament, by the way. Round 1 was very promising.