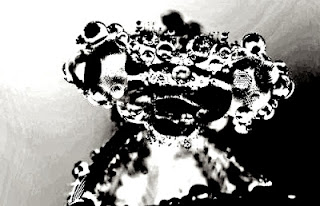 It Rules the Desert and All Insects.

It lives inside the flesh of younger gods.

It eats the hearts of men and the skins of women.

It is worshipped by the Cursed Ones, the Jackal Men, and those who seek long life or survival in harsh lands. 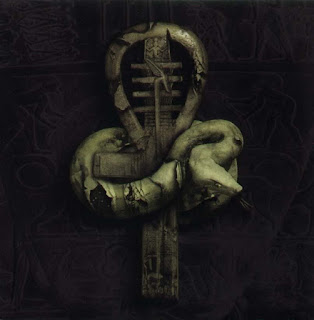 It servitors are the Githyanki, it's children mimic us, poorly.

Its demons are the Chasme, bloated gibbering flies.

Its church has lasted 40 millennia and will last 40 more.

It is and will always be at war with the Slaadi and their toad gods. 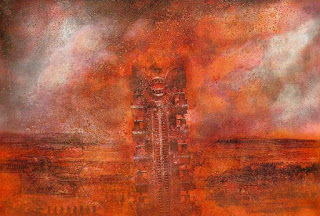 It is called Apshai and Ba'al and Baalzebul and En Sabbat Nur, it is called Harrower and Scourge.

Each of its priests is bound to masquerade as the priest of another god for at least nine years and nine days.

Its priests carry scythes and khopesh swords and survive on nothing but insects, they pronounce the sacred totem insect of any human they encounter. The significance of these labels is uncertain.

Its temples and tomb complexes are awrithe with traps and house tiny necropoli of embalmed insects, each sacred and elaborately studied. Living pillbugs coat the floors.

It is most likely to grant the following spells to its clerics:

Thank you, thank you, thank you. There is a cleric in my game who worships Ra the sun god. He always moans that he never meets anyone of the same faith. He is about to meet one ... and they will become friends for nine years and a few days. I hope he doesn't read your blog.

This is so perfect for the game I am starting this week. Thanks!!

This is three different types of awesome.

Metal/Giger-Artwork-awesome, like something from apocalyptic nightmares coupled with ancient civilizations in decay.

respectfully, I would like to ask: is some form of randomness involved in generating these beings?