Continuing the Disagree-A-Thon, today we have Matthew, who wants to disagree about what D&D even is... 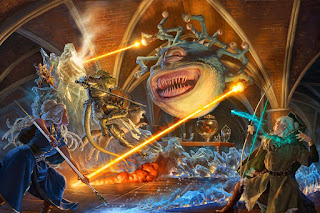 "Fans of modern D&D (3e+) don't actually want or even like D&D - they just want a generic fantasy game to play make believe with."

So the first question is: how would you define "D&D"?

For me, D&D is a specific game where adventurers go into dangerous places to earn riches and power in a largely indifferent (or perhaps slightly malicious) world.

And do you think of that as "Matthew's version of D&D" or do you feel that definition has some rational claim to be The D&D? 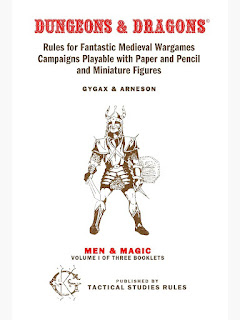 I don't think of it as Matthew's version of D&D. Matthew's "D&D", or more realistically, Fantasy Roleplaying Game, when I started, quickly developed generous sets of ability scores, multi-classed humans, paladin/ranger/magic-users, shadow flame ninjas, muppets, +8 weapons, chocobos, and narratives. There wasn't a huge chance component in what you would find or encounter unlike D&D by its written rules. Looking back, for me, to say it was D&D was more dishonest than my friend's Rifts game where you can play a Timelord or Amberite in Phase World but at least you're still playing in the greater Rifts setting and not ignoring systems. Meanwhile, D&D itself has a specificity. The world is humancentric. There are limitations to what PCs can do and PCs have to scrape by and weather the storm of fortune to obtain the game's objectives - treasure and power. The worlds D&D emulated in prior editions had this rigid foundation to build upon which more than a handful of people wanted to toss out. I hope this makes sense.

It all makes sense but it doesn't answer my question:

"do you feel that definition has some rational claim to be The D&D?" 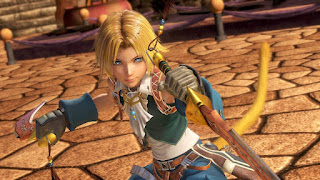 Yes. I think the definition (D&D is a specific game where adventurers go into dangerous places to earn riches and power in a largely indifferent (or perhaps slightly malicious) world) I originally proffered has a rational claim more than just my preference. The rules laid in the earlier books support this. Throughout the '80s and '90s, I would always run into people either amending the rules OR adhering to the rules but no one questioned that level limits, class restrictions, random encounter tables, and level draining undead were D&D, they just claimed it was unfair or at best arbitrary. Now, experience rewards in 2E muddies this by making treasure experience optional and replacing it with story awards but that just undermined how the game was meant to be played and also highlights how the game was being shifted to suit people who wanted something else.

So, just to clarify and not argue (yet) your position is:

This is a "realer" definition of D&D because it is the definition the game had in its earliest incarnations.

Yes. I cannot argue against that. 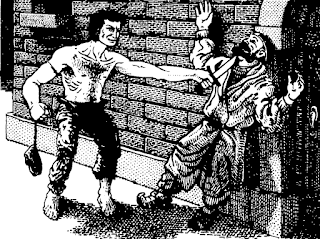 Fair points all around. I should have been more specific. Are we still in disagreement about something?

Thanks for writing in!

No problem. It was a pleasure! 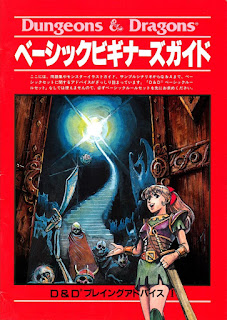