Still not seeing a pattern?

Reposted because the original was posted on a weekend and it's important:

So, as I suggested we might a few days ago, we now have a D12 table: 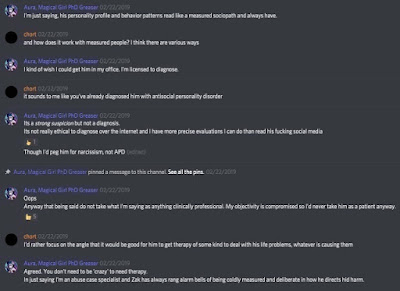 I missed it - what'd Luke Crane do? Casual glance at the internet just shows that he was stupid enough to hire one of the other people on this list after their own abusive behavior had long been evident. Did he pull something worse?

That's the thing he did that got everyone mad at him.

His other abusive stuff includes:

-He does all this while occupying an important post at Kickstarter

-He apparently can change his display name at will but that ability is denied to regular users including transfolk.

-He said he watched women were poorly treated in every D&D game he ever played -and- that he played a regular game of D&D. So I guess he sat and watched?

-He accused J Eric Holmes (after he was dead) of sexual harassment. Note that the woman involved didn't say anything or complain, Luke just assumed it happened. He declined to give details or answer questions.

-He supported not just Adam Koebel but a lot of other storygamers and like folk who participated in harassment.