On The Reliability of Magic 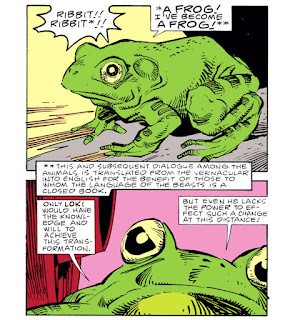 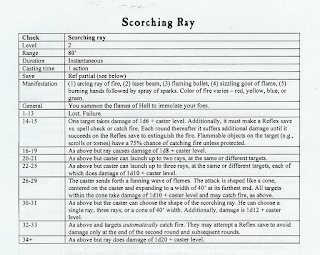 In fairy tales magic is reliable: if the leprechaun wants you to be a donkey, you're gonna be a donkey. No save.

Magic in that context is just the continuation of Nature by other means. And Nature is, if not exactly Good, then at least implacable and to be respectd.

In D&D, it's somewhat less reliable--the sufficiently tough, clever or spiritually advanced can escape it, sometimes you even have to target it and land a hit as if it were a mere superpower, like Superman's heat vision.

It's still way more reliable than combat (as "caster supremacy" conspiracy theorists are quick to point out).

In classic pulp stories and in games that try to emulate them like Dungeon Crawl Classics, magic is extremely unreliable. It is Things Best Left Untouched By Mortals. Results go all over the place, they can fizzle or backfire or result in discoveries.

Tolkien lays out a fairytalish paradigm of magic as primarily a moral force: creatures who use it are in tune with higher things. Magic does what it says on the tin because it is the tin: the way the world is supposed to be working itself out. Magic only goes wrong and becomes weird when in the hands of the unworthy (like The One Ring). (As the OSR Discord reminds me, Dr Strange, Dr Fate and The Force in Star Wars also all work on this paradigm.)

The pulp paradigm doesn't so much posit a difference in magic itself as a difference in who a protagonist of a story could be: the unworthy--for whom magic is a risky proposition--are generally the focus.

So you have Lovecraft characters trying to use forbidden lore to gain knowledge and power, Lieber has the morally somewhat Grey Mouser as a sorcerer's apprentice who can't always get a spell right, and Vance has the inimitably amoral Cugel as much abused by-, as using-, magic.

In that context, it's easy to see why the game with the famously unreliable magic is also the one where it says right there on the book that you're no hero.

Question: Does this mean cleric spells should be inherently more reliable than wizard ones? My instinct is yes. 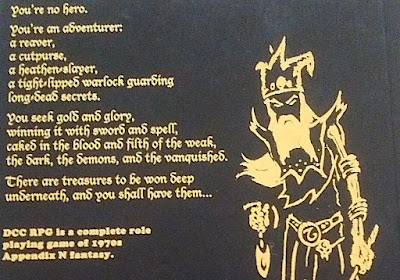 The thing that's bugged me off and on since playing DCC is that magic is still codified and pre-packaged, even if it's a randomized result. Like if your wizard knows Color Spray, then you're probably going to memorize that table pretty quick.

The idea that's been rolling around in my head is, can I/you/whoever come up with a system of magic where it's truly unpredictable and player-driven, but also not arbitrary? Like: "I want to turn my enemy into a donkey and I want to spend 23 mana on it." and the GM says "OK, let me roll impartial dice in response to that out-of-left-field approach and tell you what happens."

Also, I agree that cleric spells should be more reliable, but that also depends on the nature of the divine entity bestowing the powers. Like the spells given to you by a coyote trickster god probably won't work as well.

Advanced Fighting Fantasy does this. Wizard spells are rated by a (roll under?) difficulty but cleric spells automatically cast and usually can't be stopped either.

A more succint analysis of DCC than I had expected.

While i can see the argument for cleric spells being more reliable in result, because the magic originates from a higher power and is merely channeled through a mortal, there remains the question how safe it can be to actually channel the magic of an enormously powerful being through your body and/or soul. Sounds like a quick way to spontaneous self-immolation to me. So I'm envisioning wizard spells with unreliable results but comparatively safe to the caster and cleric spells with reliable results but the possibility of drawbacks to the caster due to "divine overload".

Basically the problem is that magic is a way of making sense of shit we can't understand but in an RPG we need rules for magic that makes it as easy to understand as anything else.

One way out of that problem is having there be rules for magic that only the GM knows and have the players grope around being confused. Not as much replay value there but maybe worth trying.

There is a value in rules (riddles or magic or anything) that are obscure but can be discovered by experiment.

The problem is keeping them secret in a mass-produced medium.

Yeah, it's a great solution in theory but hard to make it work in practice, especially commercially. And even if it does work hard to run a campaign for the same group twice.

Have had good results playing bog standard D&D with kids without teaching them any rules and things seem more magical to them since they don't understand what is going on. Harder to reproduce that with adults.

One possible reason you might want cleric spells to be as random as a magic users might be due to a lack of control. While a magic user might get unreliable results due to an incomplete understanding of magic, unlike a god or fairy tale creature whose connection over magic is direct and "perfect".

Now while a cleric using a god's "perfect" magic, they don't have perfect control over it, especially if the magic is being used to specifically further the deity's goals. One possible flavoring could be that the cleric is praying for aid and the god is granting it, so having the results be somewhat random could imply the god being capricious, or generous or what have you. I know this is the 5e cleric's divine intervention class feature in a nutshell, but I've yet to see that ability get used in years of playing 5e.

It would be interesting if magic user spells were random in effectiveness,but clerics spells were random in how they occur. Imagine if a cleric prays for help fighting a giant and not being sure if that aid would arrive in the form of cursing the enemy, blessing your allies, changing the fortunes of the battlefield or summoning allies. I imagine you would need to organize the spells in terms of the situation or perhaps an end effect with the means being randomized. Possibly the results can be pushed in a specific direction as decided by the god, maybe war gods are more likely to empower your allies than heal them.

I can't think of a way to achieve this in a way that is elegant and feels like dnd. Clerics are a bit frustrating sometimes.